Kenya: Development, County Governments and the Risk of 2017 Election Violence 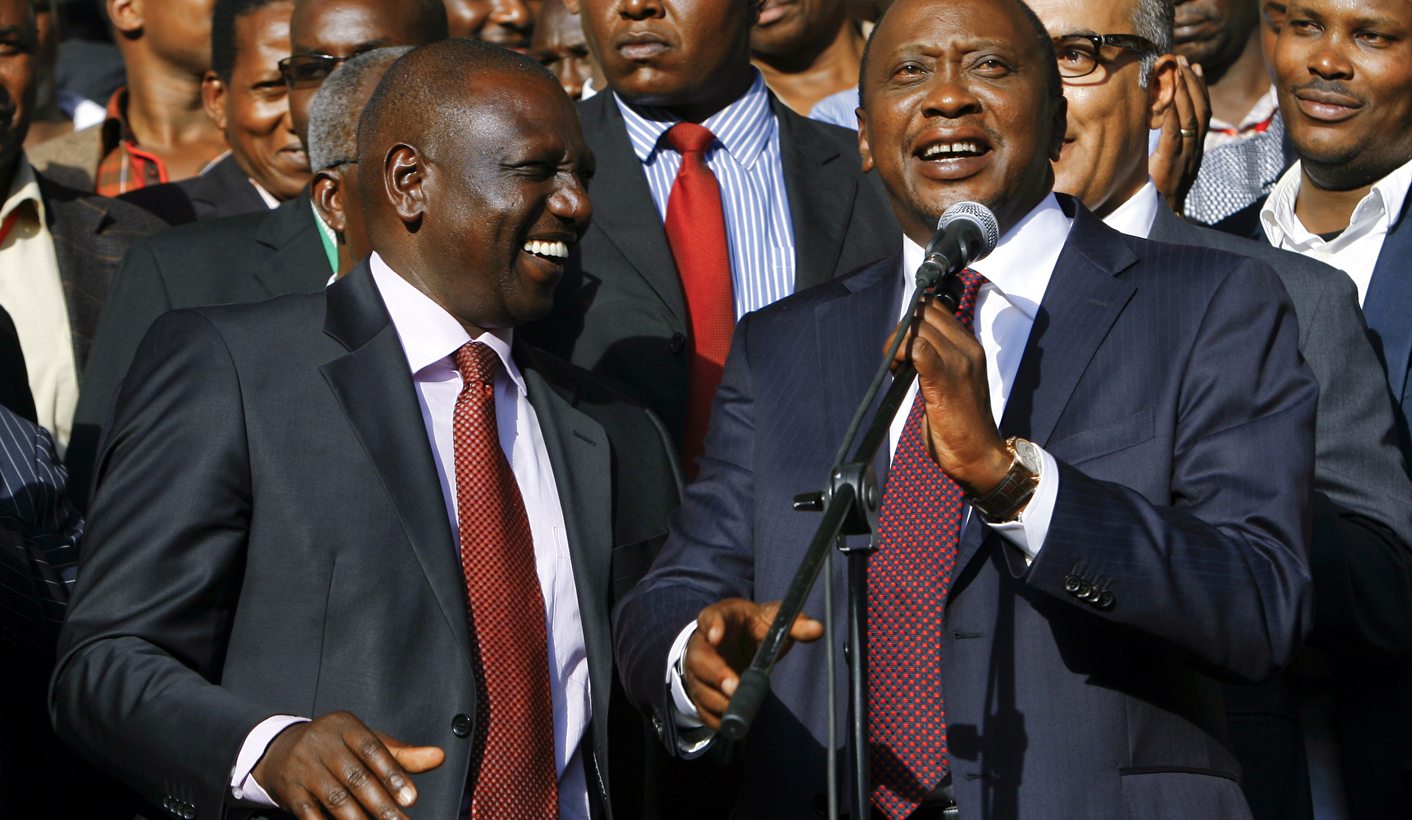 Until a decade ago, few ventured beyond Isiolo without armed police escort. A dusty frontier garrison town in central Kenya, it was the gateway into the badlands of Kenya’s former Northern Frontier District. By Abdullahi Abdille and Rashid Abdi for INTERNATIONAL CRISIS GROUP.

In the last two decades, as Kenya’s economy and politics have liberalised, Isiolo has transformed into a vibrant commercial hub owing much to its strategic location. It straddles the recently upgraded (paved) Pan-Africa highway that links the Horn (especially Ethiopia’s huge and relatively untapped markets) to central Kenya and beyond to Central and Southern Africa.

Isiolo is also an important node of Kenya’s LAPSSET (Lamu Port, South Sudan and Ethiopia) planned infrastructure project. This seeks to develop a new “northern” transport corridor between Kenya and Uganda and to better integrate Ethiopia and South Sudan into East Africa, and will include a new port being built near Lamu, oil pipelines and a refinery.

LAPSETT’s prospects have declined with the global price of oil, the rising terrorist threat in the North East, South Sudan’s civil war, and with Uganda now looking at an alternative pipeline route via Tanzania. Isiolo, however, will continue to play a central role in Kenya’s ambition to exploit its vast northern rangelands. An area of 2,630ha has been set aside for a new “Isiolo Resort City”, construction for a large dam on the Ewaso Nyiro River to serve it is already under way; a new airport, and a modern abattoir to process 400 cattle daily from the region’s large livestock population are also planned.

Yet Isiolo is one of a number of 47 new counties that face risks of conflict ahead of and during the 2017 polls. Not only has the national problem of an ethnic winner-takes-all politics devolved to the counties’ internal electoral competition, but local actors are making exclusive claims over potentially lucrative resources and infrastructure that fall in their boundaries, increasing conflict over internal administrative borders – which are often badly demarcated and therefore disputed. While these conflicts are found throughout Kenya, they have particularly affected counties in the pastoral areas of northern and southern Kenya, including the Rift Valley.

Devolving authority to county government in 2013 was one of the principal innovations of the 2010 constitution, and a response to the 2007-2008 post-election violence. The goal was to enhance local communities’ participation in development with the expectation that it would reduce competition over national resources, which had often taken on ethnic overtones and fuelled violence, especially at election time. It was also hoped county government would enable marginalised regions to catch up with the more developed areas, again addressing and reducing historic regional grievances.

Undoubtedly there has been a surge in county-based development especially in infrastructure, but these gains (and devolved funds that finance them) are connected to a rise in localised conflicts and insecurity in three aspects:

While Isiolo’s potential should bring development dividends – 63 percent of its population live below the poverty line – its prospects are already blighted by a sharp rise in communal conflict. This is partly because control of national-regional development projects is contested by the new county elite as exclusively “theirs”.

The Isiolo county population (estimated at over 150,000) is diverse. Most are herders from tribes like the Boran, Somali, Samburu and Turkana in the northern “rangelands” (desert in the eyes of many), but a minority are farmers, because the county straddles the line of “sown” lands of the central highlands, settled by Meru agriculturalists and traders.

While this crossroads of livelihoods brings exchange and a dynamic local economy, it has also driven conflict: in the 1990s most of the ethnic violence was between the Boran and Somali, but since then ethnic conflict has diversified and evolved. In late October 2015 deadly clashes pitted Somali, Boran and Samburu herders against Meru farmers along the disputed county border resulting in six deaths. A few days later, riots erupted in Isiolo town following the death of a Meru boda boda (motorbike-taxi) operator; Boran, Somali and Turkana then looted Meru shops and blocked the Isiolo-Nanyuki highway; the situation was only brought under control by the deployment of soldiers from the 78th Tank Battalion, based in the town’s outskirts.

Because of the way Kenya’s new counties were often hastily drawn up (some see deliberate ethnic “gerrymandering”), formerly cosmopolitan regional capitals have become administrative centres for smaller counties dominated by one or two ethnic groups, and smaller communities neighbouring counties or further afield living in these cities have become “minorities”. In Isiolo’s case, Meru communities are now a minority, dominant in trade and in some urban wards, but frozen out of the big county executive seats, like those for the governor, senators and members of the national assembly. They are caught up in the increasingly bitter and violent conflict over the poorly-defined border between Isiolo and Meru counties.

The Isiolo-Meru tension is just one example of inter-county disputes that now affect more than half the counties, with growing calls for a new county border demarcation exercise. The Commission on Administrative Justice (a statutory body to address administrative and governance disputes) has called for the creation of a County Boundaries Commission, with a mandate to conduct a new survey and clearly mark out borders with visible markers. However, any new commissions or actions are unlikely to have an impact on contested boundaries before the 2017 elections.

Inaction is not an option since contested boundaries and the ethnic interests competing over them will aggravate hotly disputed county elections in 2017. The counties and the national government need to consider a sequence of high-impact policy interventions to mitigate the risk of county-based conflict, now and in the run-up to 2017. These could include:

Photo: Then Kenya’s newly elected president Uhuru Kenyatta (R) and his running mate William Ruto (L) react as they speak in front of supporters at their campaign headquartes in Nairobi, Kenya, 09 March 2013, after defeating his main rival Raila Odinga by winning 50.03 percent of votes. Prime Minister Raila Odinga said that he would not concede and would petition the Supreme Court. EPA/DANIEL IRUNGU