Never mind Zika and Ebola: It’s Yellow Fever we should be worried about 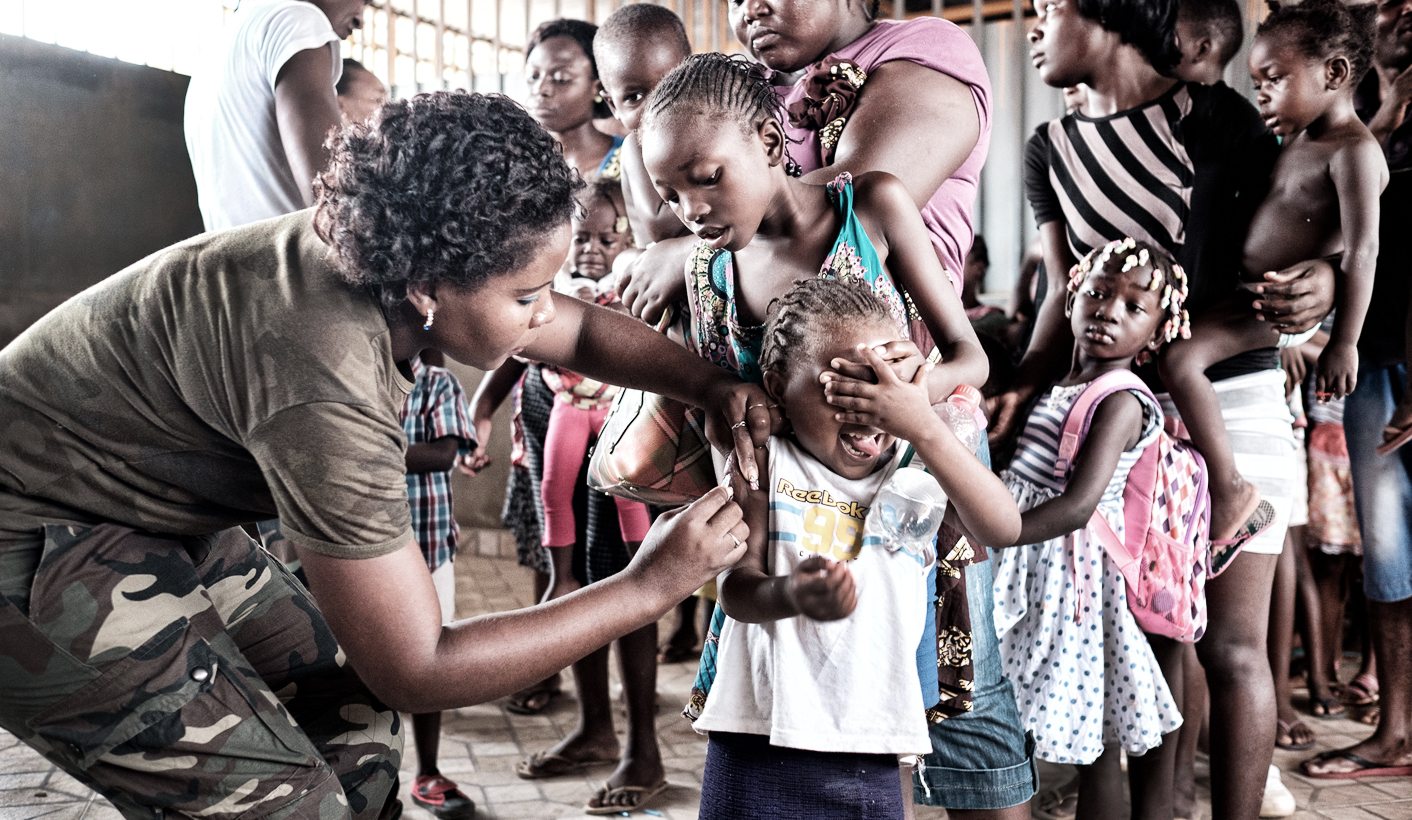 There is no medical reason why anyone should contract Yellow Fever today. But although an effective vaccine exists, a deadly new outbreak in Angola – 178 people have died, and counting – shows that not enough people are getting it in time. If we’re not careful, and if we don’t act quickly, this could be the beginning of a public health emergency on a par with Ebola or the Zika virus. By SIMON ALLISON.

Yellow Fever is a nasty way to die. Your muscles ache, your head hurts, and your skin starts turning yellow. You run a fever, and start vomiting. Eventually, if left untreated, you start having seizures and bleeding from your eyes and your mouth, until your organs pack up.

In Angola, at least 178 people have died this way since the beginning of a new Yellow Fever outbreak in December 2015. In total, an estimated 450 people have been infected with the disease, and that’s just the official statistics: experts estimate that the true figures could be as much as 10 times higher. That’s a lot of sick people, and a lot of dead bodies.

In contrast, the Zika virus, which has dominated health news in 2016, has claimed only a handful of lives, although it has caused nearly 1,000 cases of infants born with microcephaly in south America (allegedly — the link between Zika and microcephaly is highly likely, but yet to be proved definitively). If Zika is a public health emergency — and there’s no doubt that it is – then Angola’s Yellow Fever outbreak should be too.

To make matters even worse, Yellow Fever – unlike Ebola or Zika – is entirely preventable. A highly effective vaccine exists. Had the vaccine been administered in Angola, like it is as a matter of routine in many countries across the world, the current outbreak would not exist. Given Angola’s vast oil wealth, there is no doubt that the country could have afforded to implement a vaccination programme that would have prevented these deaths.

Now, both Angolan and global authorities are scrambling to react. The World Health Organisation has shipped its entire stock of six-million vaccinations to Luanda, where they are being rolled out as quickly as possible. But Luanda alone has a population of 7.2-million, so there are simply not enough vaccines to go round.

Making more vaccines is not so easy, as Science magazine explains:

“The three people dressed in baby blue plastic suits and goggles form a human conveyor belt for chicken embryos. The first takes a tray of eggs that were injected with a yellow fever vaccine virus, then left to incubate for four days, and cuts the top off each egg. The second tweezes the embryos out of the eggs and deposits them in a large bottle. The last person adds some liquid, then blends the embryos into a rich, red broth that contains millions of weakened virus particles. The end result of this procedure… is a highly effective vaccine that offers lifelong protection against yellow fever. But the 80-year-old process is decidedly low-tech and hard to scale up.”

While efforts are under way to increase production, the Angolan outbreak underlines just how important it is to maintain sufficient vaccine stockpiles for emergency use.

Without enough vaccines, virologists are concerned that Angolan Yellow Fever epidemic will spread quickly, both within Angola and the region. Already, people infected in Angola have been identified in Kenya, Mauritania, the Democratic Republic of Congo and China.

“I think we’re sitting on a time bomb. You think SARS [the 2002-2003 outbreak of Severe Acute Respiratory Syndrome] was bad? This would make it pale by comparison,” said Duane Gubler, one of the world’s leading experts on mosquito-spread viruses, speaking to STAT News.

Not everyone is as worried. “I think the yellow fever outbreak [in Angola] is going to be handled relatively easily, because we have a vaccine that we can deploy. There may be a shortage, it may take a little while to get enough doses, but I know we have an effective vaccine that can work,” said Anna Durbin, an associate professor at Johns Hopkins Bloomberg School of Public Health.

Let’s hope she’s right. In the long term, however, the production of more vaccines is an urgent priority in order to prevent another outbreak, and it is just as urgent that governments in affected countries administer the vaccines to their population.

Alternatively, there’s another approach. In the wake of the Zika outbreak, several scientists advocated for a radical solution: the complete elimination of the Aedes aegypti mosquito, through which the Zika virus is spread. It just so happens that this same mosquito is also the primary vector for Yellow Fever. One biologist described this proposed specicide as “the ultimate swatting” – and said it could save up to a million human lives.

For now, however, the World Health Organisation, working with Angolan authorities, is focused on distributing its limited stockpile of vaccines to the areas that need it most – and praying that this is enough to keep the outbreak under control. DM

Photo: An Angolan military administers a yellow fever vaccine to a child at ‘Quilometro 30’ market, Luanda, Angola, 16 February 2016. This market in the Angolan capital was considered the center of the yellow fever outbreak. EPA/JOOST DE RAEYMAEKER