Trainspotter: Panama Papers – How Zuma’s family is implicated in the greatest corruption data dump of all time 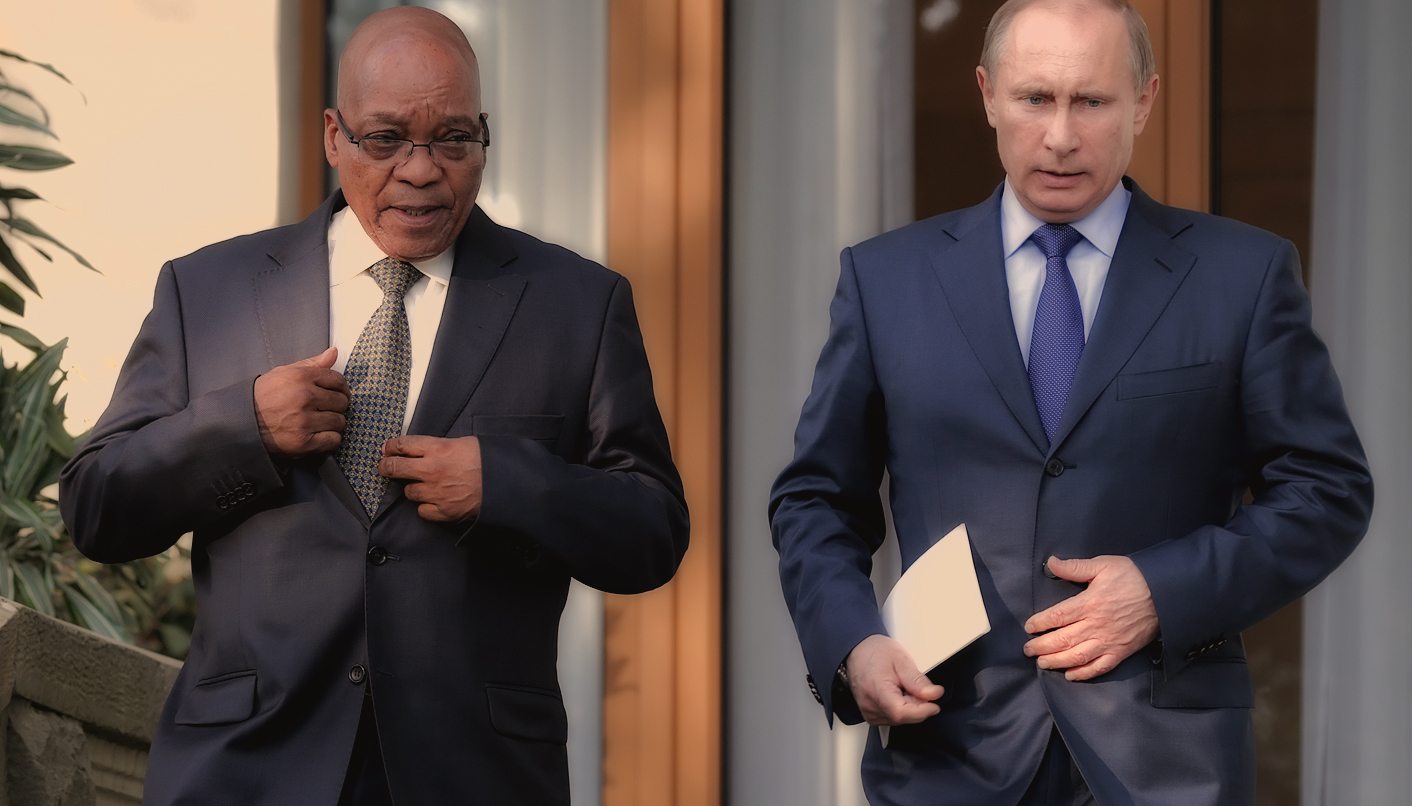 It’s early days. But when it comes to the so-called Panama Papers – a 2.4 terabyte leak of documents from a Panama-based law firm called Mossack Fonseca – it does appear that we’re dealing with a data leak bigger than both Wikileaks and the Snowden files. Most important, it regards something we have always known, but have struggled to prove: the rich and celebrated hide their money in secret offshore tax shelters. Welcome to one of the biggest stories of our time. And while you’re settling in, try guessing which famous South African family immediately pops up in the files? By RICHARD POPLAK.

Here’s a booming salvo from the vast global digi-mocracy we were promised by the earliest of the internet’s Utopians: Clive Khulubuse Zuma is a big fat scumbag. Oh, I’m aware that this was common knowledge before some unbelievably heroic soul snagged 2.4 terabytes of filth from the servers of a Panamanian law firm called Mossack Fonseca. A resulting collaborative media project has mined the data for recognisable names, and fancy-ass notables like Vladimir Putin, Lionel Messi and the president of Iceland are now implicated in a reverse alchemical process that has turned money into – fresh air!

In other words, the leaks reveal just how the planet’s wealthiest and most powerful citizens hide their money – trillions of it – in offshore tax shelters like the British Virgin Islands or the Seychelles with the help of law firms in swampy backwaters like Panama. Over 11-million horribly incriminating documents, and this is just one – if one of the more prominent – of the many law firms specialising in this line of work.

Which, in a round-about way, brings us once again to our thesis: Clive Khulubuse Zuma is a big fat scumbag.

The following is yanked from a site called The Center for Public Integrity, which serves as the landing page for much of the Panama Papers data dump. And grok what bubbles up on the very first day – the very first hour! – of the leak:

Clive Khulubuse Zuma is a nephew of South Africa’s President Jacob Zuma. A mining magnate, Khulubuse Zuma has reportedly enjoyed a lifestyle of cigars and up to 19 collectible cars. In June 2015, a South African court found Zuma liable as chairman in the collapse of a gold mining company that led to more than 5,000 job losses. In court submissions, Zuma denied responsibility for the company’s failure.

Zuma was authorised to represent Caprikat Limited, one of two offshore companies that controversially acquired oil fields in the Democratic Republic of Congo. In late summer 2010, as published reports raised questions about the acquisition, British Virgin Islands authorities ordered Mossack Fonseca to provide background information on Zuma, which the law firm had not previously obtained. That same year, Mossack Fonseca decided to end its relationship with the companies. Zuma and representatives of the companies have rejected allegations of wrongdoing and claimed the oil deals are “quite attractive” to the DRC government.

To that last part: yeah, whatever. But what this document proves, without any shadow of a doubt, is that Clive Khulubuse Zuma is a big fat scumbag. More specifically, it reminds us that President’s Zuma’s nephew was linked to Caprikat Limited, one of two companies that successfully scammed what could amount to a R100-billion oil fortune from the beleaguered people of the Democratic Republic of the Congo.

What, you ask, does our blame-free, super-apologetic president have to do with any of this?

Nothing. Except for the fact that in 2010, he paid a visit to DRC President Joseph Kabila in Kinshasa, where they allegedly had a discussion about these impressive oil fields, and nudge-nudge, wink-wink, the corpulent Khulubuse would later come right.

Joseph Kabila has more than his fair share of fat scumbag friends, but it does seem that Khulubuse Zuma served as one of the more important. It’s a grim little instance of the kind of collusion that goes on all the time – two powerful dudes meet, and billions of dollars goes errant shortly thereafter.

As the Panama Papers now make achingly clear, this is how the world works. The average South African citizen may be enraged with Zuma, the Guptas, or the Zuptas, but we now have proof that they’re little more than a pimple on the ass of an endless global corruption network that has no overarching aim – no Illuminati-like pseudo religious objective – other than fleecing as much dough as possible for as long as possible. Everyone – the prime minister of freaking Iceland included – is in on the game. The game being petty theft on an unpetty scale.

In this it would be impossible, embarrassing even, for a Zuma to be left out of the conversation.

The Panama Papers are one of the most significant leaks of all time, and they are currently laying bare a legal-ish loophole that has disappeared trillions of dollars from the global financial system. There is much, much more to come in what promises to be the biggest continuing news story of our epoch.

But only hours after the leak was made public, a Zuma pops up. And he’s not alone. The world, we now know for sure, is full of them. DM