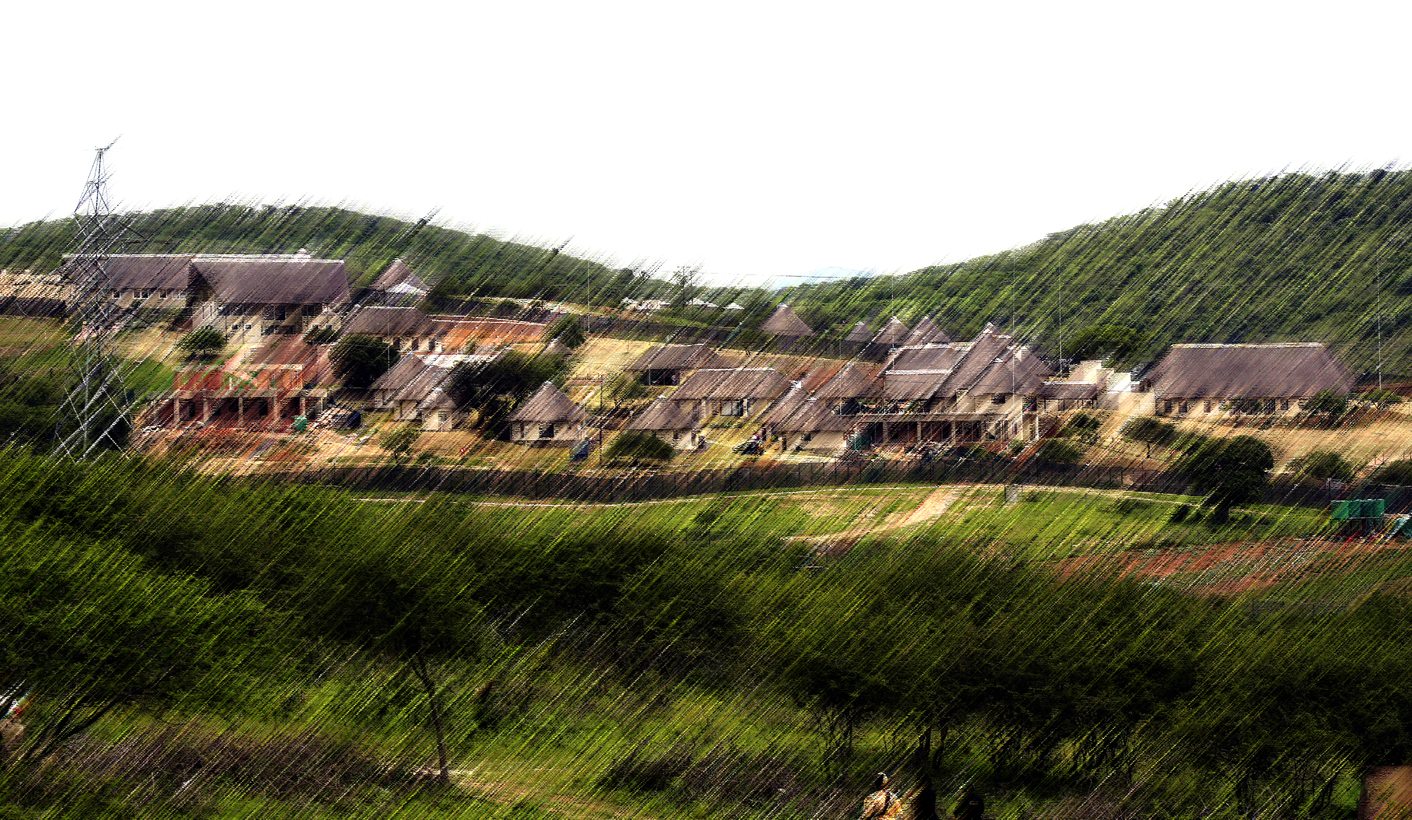 Nothing like a few bites of humble pie with a side dish of egg on your face. We’ve compiled a list of the most memorable quotes from the past few years of the Nkandla saga. Grab a cup of tea and prepare to wash down Judgment Day. By MARELISE VAN DER MERWE.

We don’t know what you’re talking about

I took the decision to extend my home… and I built more rondavels. I engaged the bank and I am still paying the bond.

There is no evidence that any house belonging to the president was built with public money.

Unfortunately it took a long time.

– Nxesi, explaining to the Parliamentary ad hoc committee that neglect at Nkandla was due to ongoing investigations that halted the project, July 2015

[There is] a disturbing tendency to invoke the name of the president to move the project along.

I think I said it from the beginning… I do not know where the R246-million comes from and I can only talk about figures with a point of reference to issues of authority.

That woman just doesn’t know her place, that’s what

She thinks she is God.

– Lawyer and author of the paper “Legal presentation of our case for the review of the public protector of RSA”, Solomuzi Mdlele, April 2014

It was wrong for the opposition parties to believe the Public Protector report is above all.

[We note Madonsela’s report] with sheer disgust… Madonsela must finish up with this Nkandla mess then go. She isn’t competent to speak on issues of security.

The role of the Public Protector is akin to that of an ombud and quite distinct from that of a judge. Similarly, reports emanating from a Public Protector process are not judgments to be followed under pain of a contempt order…

We should not, and cannot, apologise when we say the report of the Public Protector … has misled the nation.

It must be love… JZ is our guy

The President should be respected like any other citizen. We are marching to protect his dignity.

– ANC Women’s League, October 2015. (They further rejected “opportunistic postures” taken by the president’s opponents since the release of Madonsela’s report.)

We have learnt lessons from the judgement, and wish to state it unequivocally, unambiguously and categorically clear that we firmly stand behind the ANC President, Cde Jacob Gedleyihlekisa Zuma,who, even before the ruling, indicated his preparedness to pay in accordance with the Public Protector’s recommendations. This is a sign of continuous strengthening of our democracy that we learn every time .

We must be strong. We knew that when he got appointed that there would be challenges. I know personally that he will get through this… If the ANC no longer wants him he must come back and herd his cows. We will always be there for him.

– Inkosi Simphiwe Zuma, of the Nxamalala clan in Impendle, 31 March 2016

That the DA is making allegations of corruption is not itself proof that President Zuma is corrupt. Nor is it proof that the expenditure is not justifiable… The ministerial investigation did inform us that the president did nothing wrong. No amount of shouting by the DA-led coalition of opposition parties brings up any new facts.

What part of ‘fire pool’ don’t you understand?

[President Zuma] is still head of state, even if he is at home.

Accordingly, the State President is therefore not liable to pay for any of the security features.

The report was researched and if it is refuted, it requires that research be conducted. That hasn’t happened. There has been no judgment against the report.

– Nhleko on his earlier finding that in fact more improvements were needed for fire safety aspects, March 2016

The Constitutional Court will simply dismiss the EFF case on Nkandla and point them to Parliamentary process.

Sanef’s expectation that Parliament should have the authority over who accesses the president’s home and its subsequent criticism of the institution for its inability to do so is without foundation and unfair. The ANC would be the first to speak out against any undue interference with or limitations on media’s right to media freedom.

So when are you free for a chat, Mr President?

…[I]t is a call prematurely made.

– S’dumo Dlamini on the call for accountability regarding Nkandla upgrades, December 2013

In my view I would find that it would be premature to come to a conclusion to say there was undue benefit, because that determination must be preceded by expert assessment and determination.

I believe the question is premature…

Mbete said the question had expired at the end of last year in terms of the rules of the house when Parliament went for Christmas recess.

We’ll see you in court.

No state funds were used to build the president’s private residence.

Parliament reiterates that it treats all institutions supporting democracy in a manner that is consistent with the Constitution.

We have been consistent on our position that President Zuma needed to pay a portion of the Nkandla money in line with the Public Protector’s decision.

I have been addressing the ANC caucus for the past two years now. Not a single MP stood up and said they were unhappy with how the Nkandla matter was handled.

We said there’s no problem!

I did not use the public’s money in Nkandla. What I’m saying is I’m not guilty.

No one has found that they [the government departments involved] did anything wrong.

But Houston, we do have a problem…

To me, if Nhleko says we will spend more money, and leaves it at that, I think that is reckless in the first place. That is my view. That is reckless.

From the beginning, I once said to him, President, prepare yourself for repayment. This is before the [Public Protector] report came out. And I said, if you have a problem I’m sure that in your present position it won’t be difficult to raise. He said, no, I did not ask for those security enhancements, I’m not paying. I understood his point of view.

The Department of Public Works has not spent any money on the upgrade of the president’s Nkandla home.

People knew the laws they operated under, (but) they simply forgot the laws.

From the horse’s mouth

I am not worried about Nkandla, it’s not my problem.

Never have I ever thought on the date when I will pay back the money. Firstly, there is no money that I am going to be paying back without a determination by those who are authorised to do so.

The Public Protector has not said ‘pay back the money’.

Why do you say I should pay back the money? You don’t even know how much.

There is no case against me.

[The EFF’s] understanding is that there is a judgment that Zuma must pay back the money and there is nothing like that.

This is not correct… this was just a political perception created that I am refusing to pay.

Never have I dodged a question in Parliament, I have never.

I’ve forgiven them because I know it’s not personal. It’s about preservation because he [Sizani] knows the truth.

I am concerned that the decision you have made regarding the police minister gives him power he does not have under law, which is to review my decision taken in pursuit of the powers of administrative scrutiny I am given… by the Constitution.

– letter from Madonsela to Zuma, August 2014

In a unanimous judgment written by Mogoeng CJ, this court held that the power of the Public Protector to take appropriate remedial action has legal effect and is binding.

The National Assembly’s resolution, based on the minister’s findings exonerating the president from liability, was inconsistent with the Constitution and unlawful.

– Statement released by the ConCourt to media, 31 March 2016