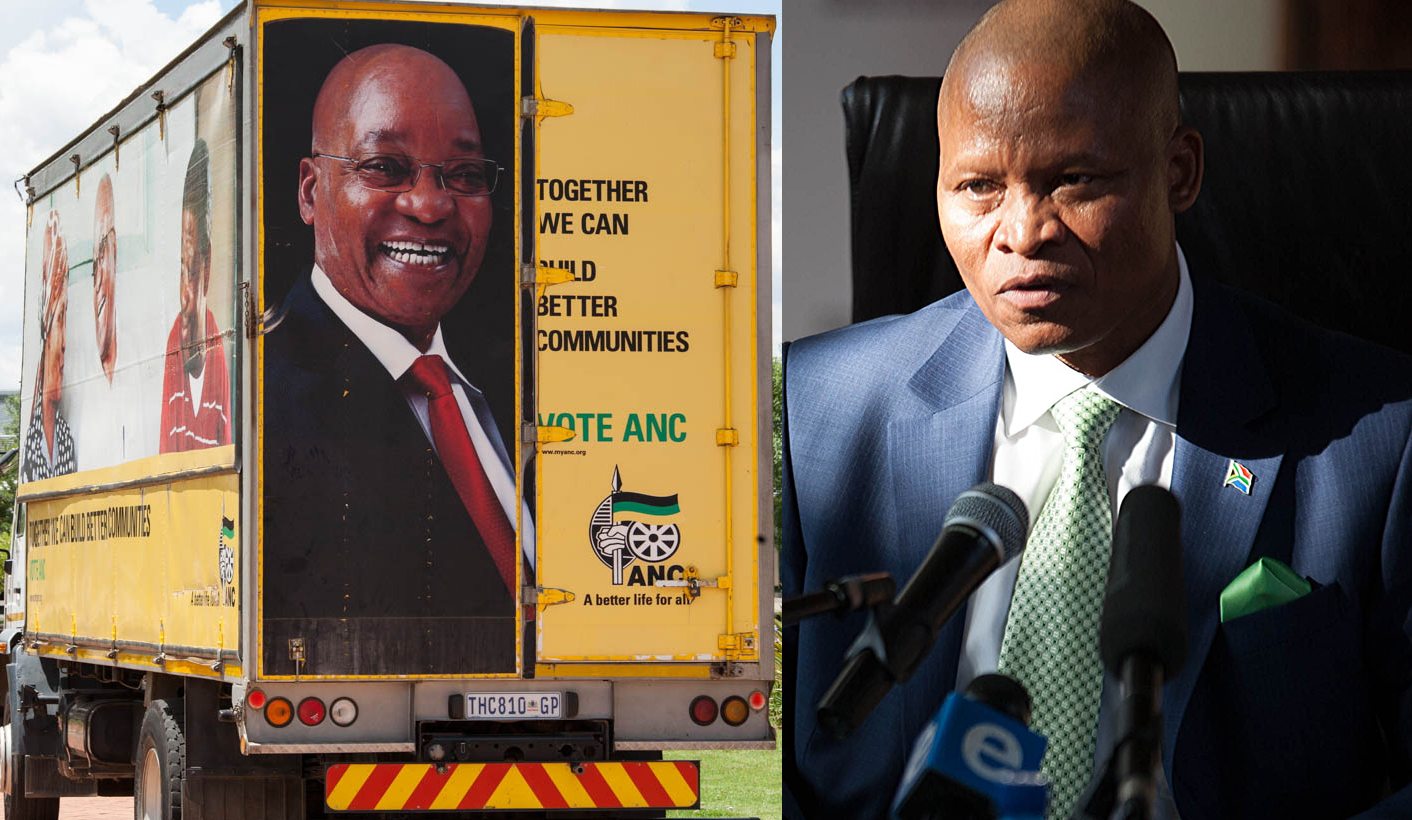 On Thursday millions of South Africans watched a live televised feed as a full bench of the country's Constitutional Court handed down a unanimous judgment of "monumental importance to the people of this country" and its young constitutional democracy. The court, in no uncertain terms, found that President Zuma and the National Assembly had failed to uphold the Constitution and also affirmed and gave clarity to powers of the Public Protector. It was a day where the rule of law triumphed in South Africa. By MARIANNE THAMM.

After years of filibustering by President Zuma and members of the ruling party in the National Assembly, and two years after the Public Protector had found that the president needed to pay for non-security upgrades to his private home at Nkandla, a full bench of the Constitutional Court on Thursday laid the matter to rest, finding that Zuma and the National Assembly had indeed breached the Constitution.

In a unanimous and scathing judgement  Chief Justice Mogoeng Mogoeng ruled that President Jacob Zuma and the National Assembly had violated the constitution in challenging and ignoring the binding remedial action of the Public Protector, Thuli Madonsela, in relation to Nkandla.

The Chief Justice ruled that the remedial action taken by the Public Protector against the President was binding, that the failure of the president to comply with this remedial action was inconsistent with the Constitution and invalid and that the National Treasury was to determine reasonable percentage of the costs of those features that were non-security improvements, including the amphitheatre, the chicken run, the cattle kraal and the swimming pool to be paid by the president. The court ordered National Treasury to report back to the court within 60 days and that President Zuma had to personally pay this amount within 45 days of the Constitutional Court’s approval of the report by the National Treasury.

The court also ruled that the President should reprimand those Ministers involved in the upgrades as directed by the Public Protector’s report and that the resolution passed by the National Assembly absolving the President from the remedial action was invalid and be set aside. Over and above this, the President and the Minister of Police were ordered to pay the legal costs of the application brought by the EFF and the DA.

Chief Justice Mogoeng began delivering the court’s judgement just after 10am to a packed court. In the gallery were opposition party leaders including the DA’s Mmusi Maimane, the EFF’s CIC Julius Malema and Cope’s Mosiuoa Lekota as well as the Deputy Public Protector, Kevin Malunga.

He said that the applications brought by the EFF and the DA dealt with issues of “monumental importance to the people of this country and the well-being of its constitutional democracy.”

It also highlighted the crucial role the separation of powers played in our democracy and reminded and assured us that “ours is a genuine and vibrant constitutional democracy capable of self-correction and self preservation.”

He said Chapter Nine institutions were there to strengthen our constitutional democracy and that “through this case, we, the people, are also forced to appreciate now, more than ever before the collective wisdom of the drafters of the constitution about the separation of powers between the executive and the judiciary with appropriate checks and balances.”

The values of the Constitution sat “at the heart of this application” and that President Zuma, “as the head of state and head of the national executive, his is the highest calling to the highest office of the land. He is the first citizen of the country and occupies an indispensable position. He has an obligation to uphold the Constitution.”

The nation, said Chief Justice Mogoeng, “pins its hope on him to steer a peaceful and prosperous direction” and that he was “the image of South Africa and the first to remember at its mention on any global platform.”

He added that the National Assembly was the embodiment of “centuries of dreams of the people, a voice of the poor and the voiceless, a watchdog of state resources, financial discipline and also bear the responsibility to play an oversight role over the executive and state organs to ensure that constitutional obligations are met.”

Ultimately the highest court of the land found that the President of the country and the National Assembly had failed the citizens of South Africa. It is a far-reaching judgment that should have serious consequences for those who for so long tried to shield and protect the president.

The ruling also reaffirms the country’s independent judiciary as well as the effectiveness of opposition political parties who brought this matter to the courts. DM