‘This Judgment is a Joke’: Luanda Book Club dissidents convicted 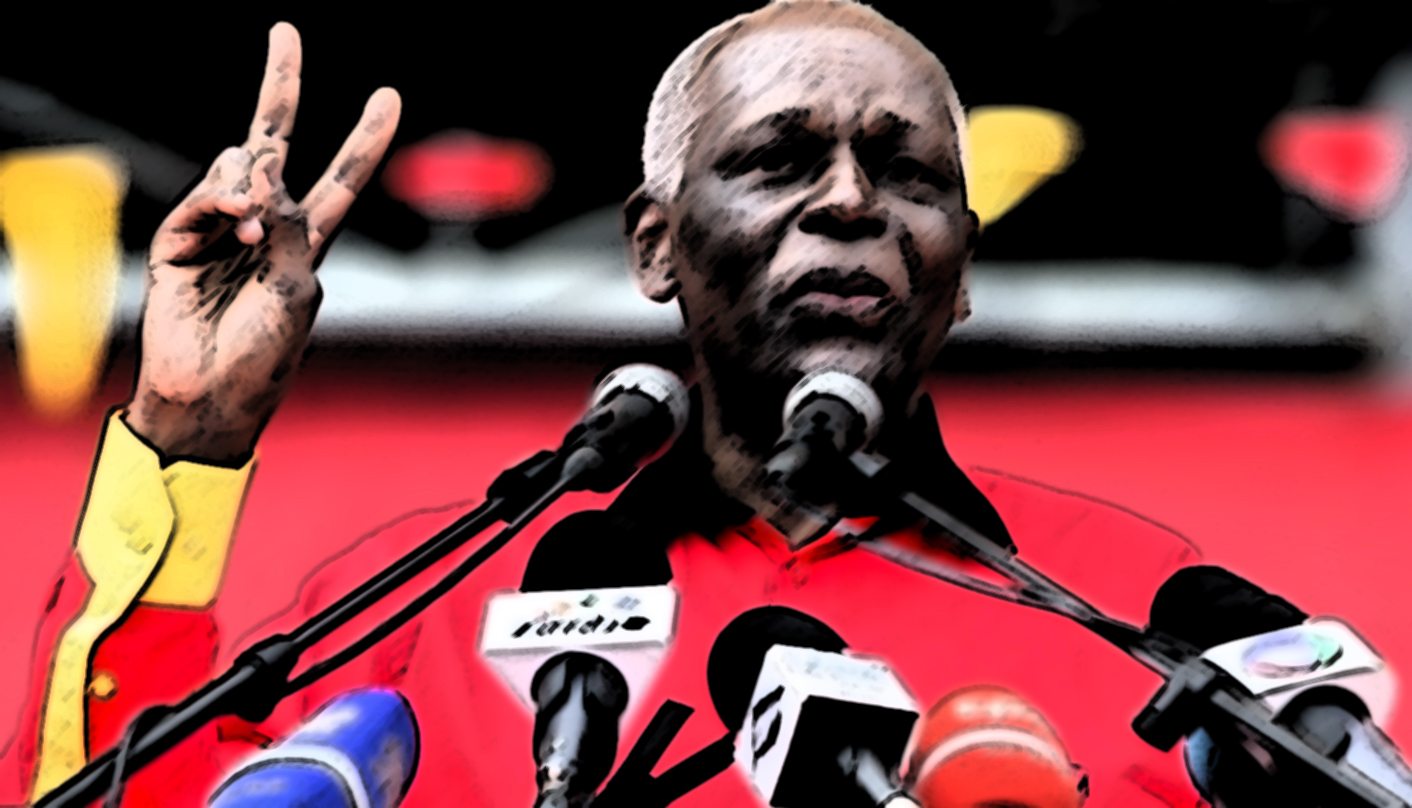 As they predicted from the moment of their arrest, the political dissidents who dared to think about a transition from dictatorship to democracy in Angola have been found guilty at their show trial of a “conspiracy to rebel” against the 36-year government of President José Eduardo dos Santos. By D. QUARESMA DOS SANTOS for MAKA ANGOLA.

All 17 defendants caught or suspected of reading Gene Sharp’s book advocating nonviolent means of resisting dictatorship in June last year have been found guilty of the crimes of “preparation for rebellion” and “criminal association”, and handed prison sentences ranging from two to eight years.Charges of preparing a coup against the president were dropped.

The development has been widely condemned by human rights organisations around the world. In New York, the Human Rights Foundation issued a statement strongly condemning the convictions and sentences and called on the Angolan government “to vacate the convictions and release the activists immediately”.

Journalist Domingos da Cruz, the author of an unpublished work based on an adaptation of Gene Sharp’s writing for the circumstances of present day Angola, was sentenced to eight-and-a-half years in prison “for leading the criminal association”.

Musician and rapper Luaty Beirão was given five-and-a-half years for “falsifying documents”.

One other activist, Francisco Mapanda “Dago”, faces a further summary hearing for contempt of court after shouting in the courtroom , “This judgment is a joke”.

Both the prosecution and defence lawyers said they would appeal the verdict and sentences. There’s particular concern about the state of health of Nito Alves and also of Professor Nuno Dala, who has been on hunger strike for the past 19 days.

The trial, widely decried by human rights organisations as a “show trial”, had been dragging on since November 16 amid tight security. Fifteen of the defendants were arrested in June 2015 and remanded in custody in poor conditions while awaiting trial. Two others were charged later.

Speaking to the Portuguese news agency, Lusa, as the trial got under way, rapper Luaty Beirão predicted the outcome.

“Whatever happens will be what (President) Jose Eduardo decides. This is a show trial, everyone knows that and understands how it works. No matter what arguments are presented at this puppet show, and however difficult it might be to prove anything, if he decides it, we will be found guilty. And we are mentally prepared to be found guilty.”

His words were prescient: in the intervening four months, the trial has been marked by an absence of concrete evidence, failure to follow due process and the acceptance of hearsay and fiction as “proof” of conspiracy. The trial was overseen by Judge Januário Domingos, whose decision not to allow independent observers, nor even accredited diplomats, to witness proceedings led Amnesty International to declare that this could not be considered a fair trial.

Judge Domingos presided over farcical scenes in the courtroom: allowing the state prosecutor to wear a hairpiece that obscured half her face, ordering a public reading in full of the 200-page unpublished book written by defendant Domingos da Cruz (it took two full days) and issuing witness summons by publishing a raft of names in the state-owned newspaper Jornal de Angola.

Dozens of nationally-known figures, named on social media as the picks for a fantasy “government of national salvation”, only found out that they were required to testify when their names appeared in the paper. According to the prosecution they were hand-picked to replace the elected government if it were overthrown.

The trial was marked by a conspicuous lack of evidence to support the prosecution charges of rebellion and a conspiracy to mount a coup against the president. The latter charge was reluctantly dropped. But in her summing-up, the state prosecutor, notoriously-bewigged Isabel Fançony Nicolau, told the court that the activists’ weekly meetings between May and June 2015 were not only to study the book submitted in evidence, owned by one of the defendants. She said those present were planning to carry out acts of rebellion, and thus should be found guilty of conspiracy.

She then called for an additional charge to be made against the 17 young activists, saying they should be found guilty of “criminal association”, given that they had declined to answer questions posed by the prosecution and judge.

All three teams of defence lawyers argued that their clients should be found not guilty, as the prosecutor’s “evidence” failed to prove preparation for rebellion or criminal intent, and was proof only that the young men had gathered to talk about politics, which is their legal right under the Angolan constitution.

Events of recent years in Angola have shown how dangerous it can be to protest against the MPLA government. On trial were some of the most prominent young dissidents who have not only dared to speak out against the dictatorial regime but have suffered repeated beatings and false imprisonment as a result.

During the proceedings, rival demonstrators took to the streets around the courthouse, some in support of the activists, others calling for “Justice without pressure”. There were protests inside the courtroom, with the defendants refusing to wear shoes (as they had been denied footwear during their detention), and with anti-government messages scrawled on their orange jumpsuits, a move which led the judge to order their removal from the courtroom during one session.

Ill-treatment of the defendants was another factor: 15 of the defendants were held in preventative detention between June 20 and December 18, 2015 when the judge decided to remand them under house arrest instead. One of their number, Manuel Nito Alves, was sent back to prison in January, summarily sentenced to six months in prison for contempt of court. He is reportedly seriously ill as a result of the poor conditions there.

The same fate was meted out this month to university lecturer Nuno Dala, who refused to attend court in protest at the prison service’s refusal to provide medical assistance he needed. Placed back in jail, he began a hunger strike on March 10.

If President Jose Eduardo dos Santos was hoping to silence his critics by this heavy-handed judicial manoeuvre, he is likely to be much mistaken.

Over the past nine months, the treatment of the Luanda Book Club dissidents has been widely publicised around the world. The guilty verdicts and long prison sentences now handed down will only ensure that the names of 17 brave Angolans will continue to echo, while the president’s own reputation suffers accordingly. DM

This article is republished with permission from Maka Angola.