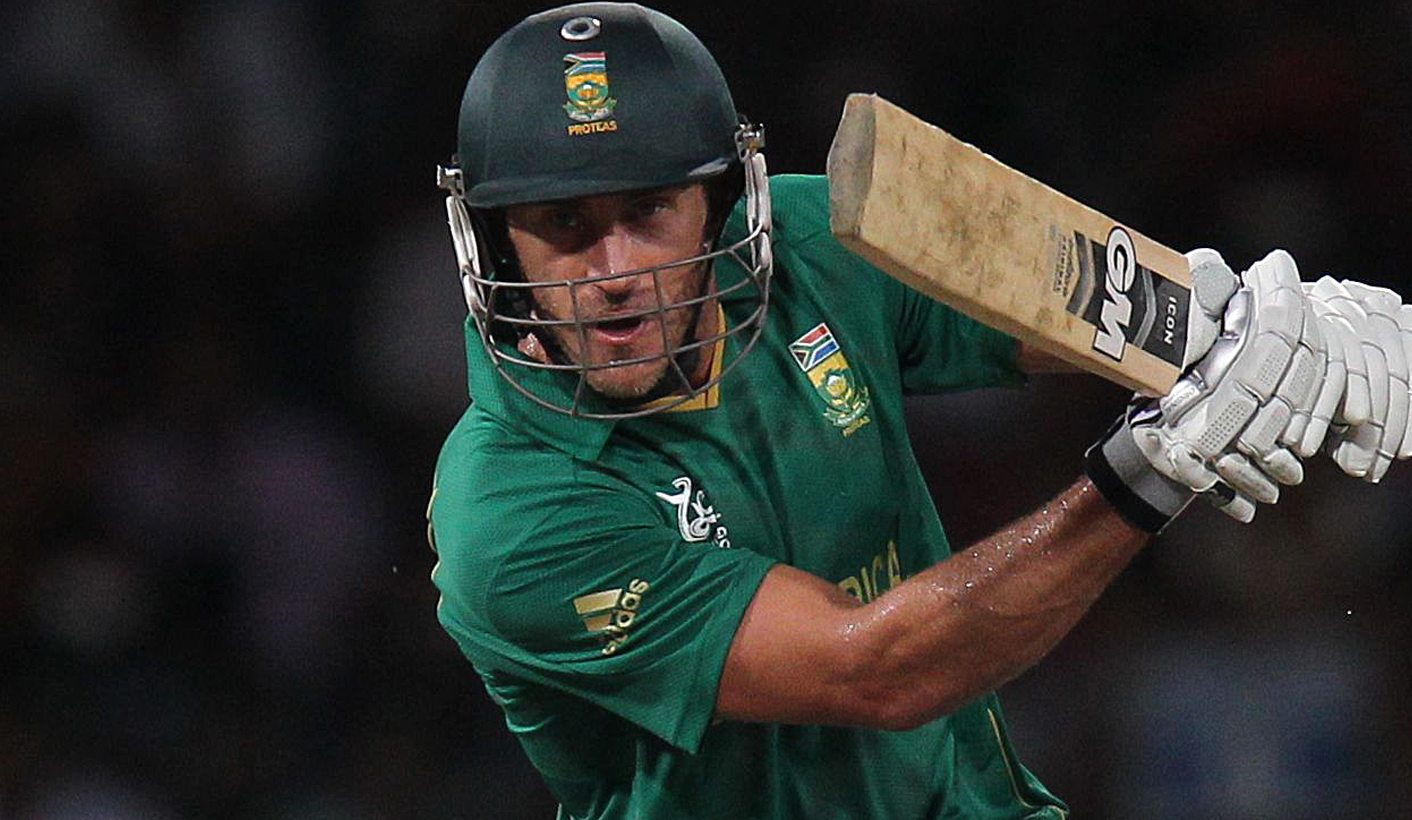 Faf du Plessis said he was “very baffled” about how it all went wrong for South Africa since, despite seemingly endless depth in the batting and bowling department, the Proteas fell short at the first hurdle of the ICC World T20. By ANTOINETTE MULLER.

It’s a good thing Twenty20 cricket is referred to as cricket, because when South Africa try to digest just how things went so impossibly wrong for them, they can simply say they were channelling their inner Pierrot. For that is the only explanation for how a group of such exceedingly talented players faltered so spectacularly on the world stage. Choking cannot even be an excuse – that is usually reserved for the knockout rounds. Instead, South Africa suffered from a sort of auto-erotic asphyxiation right from that first ludicrous game they lost to England.

If that fixture was played another 100 times over, England would only have won it once, such was the sheer lunacy of it. And, when a team loses in such a fashion, it takes its toll psychologically – and South Africa seemingly suffered from shellshock until they faced a hapless Sri Lanka on Monday.

In that fixture, South Africa did everything everyone had expected them to do all tournament. They played two spinners in one game and both were effective. They bowled those spinners in the PowerPlay and both spinners showed that you do not necessarily need a rank turner to make an impact in T20 cricket.

Aaron Phangiso and Imran Tahir took just three wickets between them, but provided the pressure of slowing down the game to allow the other bowlers to strike. Farhaan Behardien also benefitted from a slightly slower track, taking two for 15 in three overs, which will leave many wondering why he was not ushered in to replace the injured JP Duminy against the West Indies.

The chase was cool and calm, despite Quinton de Kock being run out early, and while South Africa will be pleased with the scant consolation, they will also be left confused. Why could they not just do this in the rest of the tournament?

It seems like a near impossible question to answer and there is no doubt that Russell Domingo’s critics will be baying for blood when the team returns, but for once, he cannot actually take all the responsibility for such a shambles.

Overall, South Africa were remarkably unimaginative. They went from insisting AB de Villiers absolutely will open the batting to him walking in at five in a crunch game against the West Indies. Despite all international trends pointing to the efficiency of having spinners bowl in the PowerPlay, South Africa only ever opted for that once when it actually mattered. It was if they were mentally fatigued before they even had reason to be so.

There is no way that this was a delayed symptom of a long, tough summer where England ground them into the dust in Test cricket. South Africa did, after all, bounce back in the limited overs series and while they were far from convincing in parts, they thrived when they were under the cosh. They came back from 0-2 down to win the ODI series 3-2 and won two tight T20 fixtures with a few players performing out of their skins under pressure.

So what is it, then?

Perhaps it’s just that South Africa are not very good at T20 cricket. They might have players who are very good at the format, especially when playing in the Indian Premier League, but just can’t crack it at international level.

Take De Villiers, for example. Undoubtably one of the most fearsome batsmen in world cricket, his international T20 record is decidedly underwhelming. In 70 matches, he averages just 23.24 and has scored just eight 50s (two of those came in the last two months, against England at the Wanderers and Afghanistan in the World T20).

In T20s overall, that rate of 50s is far worse with just 26 50s in 193 matches, although his average is slightly higher at 30.89 and he has scored two centuries. Still, for a batsman as freakishly talented as he is, this record seems staggering and his reputation makes him undroppable because you simply never know when he might play a blinder.

But De Villiers is not the only one who has underperformed on the world stage. David Miller is another curious anomaly with just one 50 in international T20s compared to 22 overall. His average in T20Is is 30.34 compared to 37.13 in T20s overall. Even as a team, South Africa has struggled in the tournament. In all six editions of the World T20, South Africa have made it to the semi-finals on just two occasions. Sure, they had their chances, but as is their wont with all things ICC event related, they simply never took those chances.

These failures have become so incredibly difficult to accept when players do consistently well in other formats and in domestic tournaments. As they ponderously gaze at yet another empty shelf in the rather bare trophy cabinet, at least some players can console themselves with the fact that the IPL is just around the corner. DM