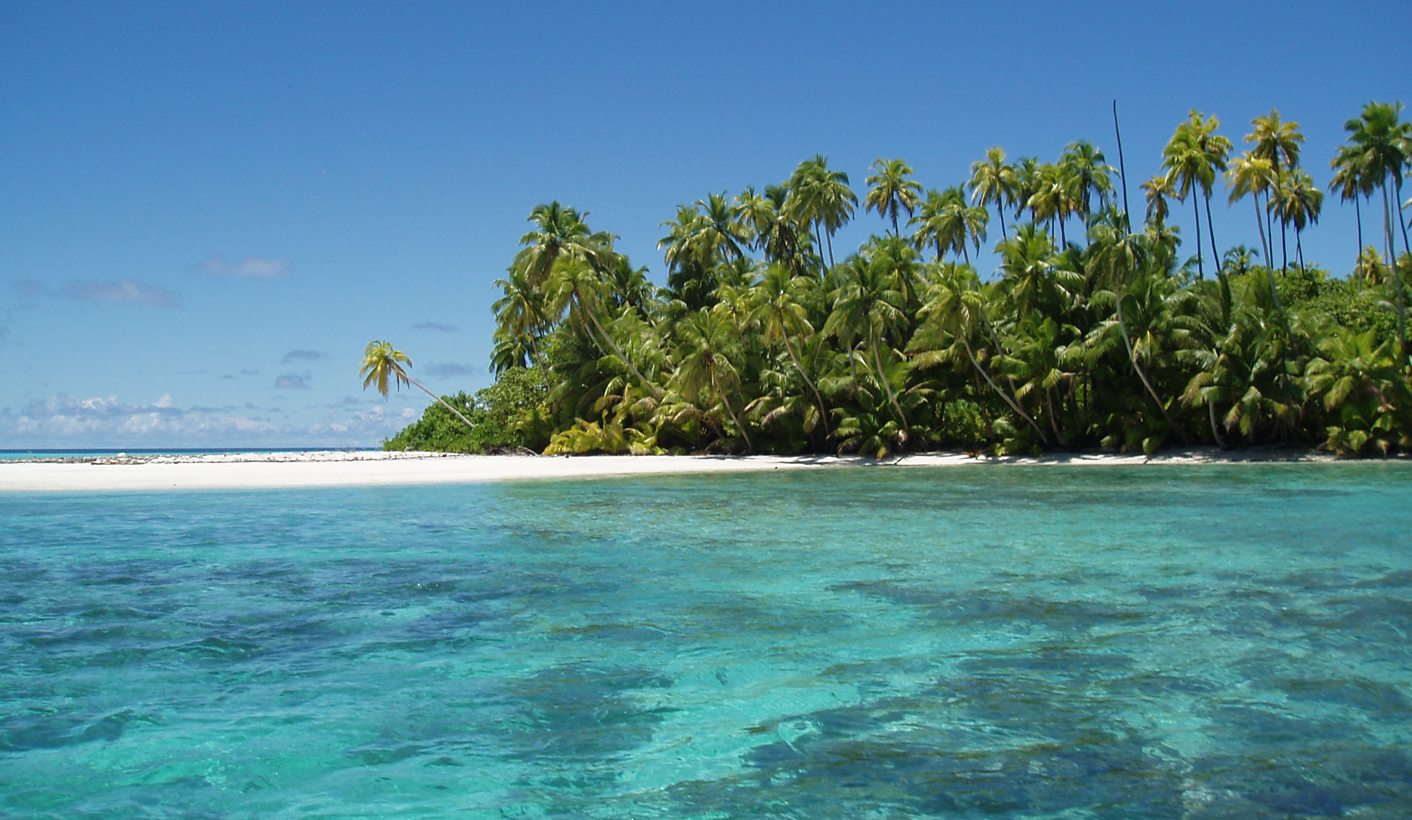 The sun now sets on the British Empire, but it maintains a last African outpost: the tiny, forgotten Chagos Islands. Decades ago, its inhabitants were forcibly displaced to make way for a US naval base (after British authorities massacred their pets). The lease on that base expires this year, so will the islanders be allowed to return home? Don't count on it. By SIMON ALLISON.

There was a time, not so long ago, when the British Empire stretched across vast swathes of Africa; when the continent was ruled from London, for London, and Africans were treated as second-class citizens.

For most of Africa, that era ended in the 1960s, when a wave of liberation movements demanded self-rule, eventually seizing independence to bring an end to centuries of European colonialism. But for the tiny Chagos Islands, Britain’s last outpost in Africa, colonialism remains alive and well today, with the fate of its people serving as a 21st century reminder – in case you’d forgotten – of just how brutal and callous British rule can be.

About 250 years ago, African slaves and indentured Indians began arriving on a tiny group of picturesque atolls in the middle of the Indian Ocean. Nominally ruled from Mauritius, the nearest major settlement and then a British territory, the islanders led a simple life, farming the land and fishing the brilliant turquoise waters.

Things changed dramatically in the 1950s and 1960s, when – with the Cold War in full swing – the US started looking for a location for a military base in the Indian Ocean. They settled on Diego Garcia, one of the biggest of the Chagos Islands, and cut a sweetheart deal with Britain to lease it. In return for a $14-million discount on nuclear technology, Britain granted the US a 50-year lease at a rent of just $1 per year.

There were just two obstacles to this superpower plan. First obstacle: the Chagos Islands were technically part of Mauritius, which was about to be granted independence. No problem: Britain unilaterally annexed the Chagos Islands, declaring it a separate entity over which it maintained full control.

Second obstacle: what about the people already on the islands? The US was clear that it didn’t want any nosy people hanging around. Again, no problem: Britain, working with American contractors, just got rid of the locals – or, as a senior British official described them at the time, the “Tarzans” and “Man Fridays” who lived in the Chagos Islands.

This was achieved through a programme of forced deportation, which began in the late 1960s by refusing re-entry to islanders who left on holiday or for medical treatment – all tickets out were one-way. In 1971, a top US official ordered that this process be accelerated:

“British agents, with the help of Navy Seabees, quickly rounded up the islanders’ pet dogs, gassing and burning them in sealed cargo sheds. They ordered… the remaining Chagossians onto overcrowded cargo ships. During the deportations, which took place in stages until May 1973, most Chagossians slept in the ship’s hold atop guano – bird crap. Prized horses stayed on deck. By the end of the five-day trip, vomit, urine and excrement were everywhere. At least one woman miscarried. Arriving in Mauritius and the Seychelles, Chagossians were literally left on the docks. They were homeless, jobless, and had little money, and they received no resettlement assistance. In 1975, the Washington Post broke the story in the Western press and found them living in ‘abject poverty’. Most remain deeply impoverished to this day,” said anthropologist David Vine.

Fast-forward a few decades. It’s 2016, and the US lease on Diego Garcia is set to expire this year. Surely, now, the Chagossians can go home?

They have, after all, been lobbying for years for both adequate compensation and the right to return home. They have received neither, despite several courts ruling in their favour. Most notably: in 2000, a British High Court ruled that the mass deportation was illegal, and that the Chagossians should be allowed home. This ruling was subsequently overturned by “royal prerogative”, effectively a decree endorsed by Queen Elizabeth II which allows the government to overrule court authority. A second important ruling was delivered by a United Nations tribunal in 2015, which found that Britain continued to sideline Mauritius’s sovereignty over the islands.

Despite all this, Chagossians remain in limbo. The US has made it clear that it wants to renew its lease – Diego Garcia is of vital strategic importance, used currently as a staging post for airstrikes against the Islamic State. And Britain has been making sure the US gets its way. In 2010, Britain declared the Chagos Islands to be a “Marine Protected Area”, allegedly to protect its delicate ecosystem. But diplomatic cables released by Wikileaks prove that this was just a ploy, with a US official noting: “[the] former inhabitants would find it difficult, if not impossible, to pursue their claim for resettlement on the islands if the entire Chagos archipelago were a marine reserve”. Incidentally, in that same batch of cables, a British official again referred to Chagossians as “Man Fridays” – a racial slur which underscores Britain’s disregard for its supposed subjects.

In response to questions from the Daily Maverick, a spokesperson from Britain’s Foreign and Commonwealth Office rejected Mauritius’s claim on the islands, and said that Britain has “been clear that we want to see the US presence continue”.

The islanders are just as clear on what they want.

“Justice is long overdue and we call on the [British] Government to give the islanders the right to return to their homeland, as well as proper compensation and an apology for everything they have suffered over the past 40-odd years at the hands of the British authorities,” said the UK Chagos Support Association, set up to assist the islanders in their legal battles.

But even as the US lease expires, these demands remain far from realisation. Despite the compelling legal and moral case for the Chagos Islands to be returned to Mauritius, Britain looks unlikely to give up its last colony in Africa any time soon. DM

Photo: Salomon Atoll is one of the many above water features of the Chagos Archipelago. By Charles and Anne Sheppard – University of Warwick. (Wikimedia Commons)