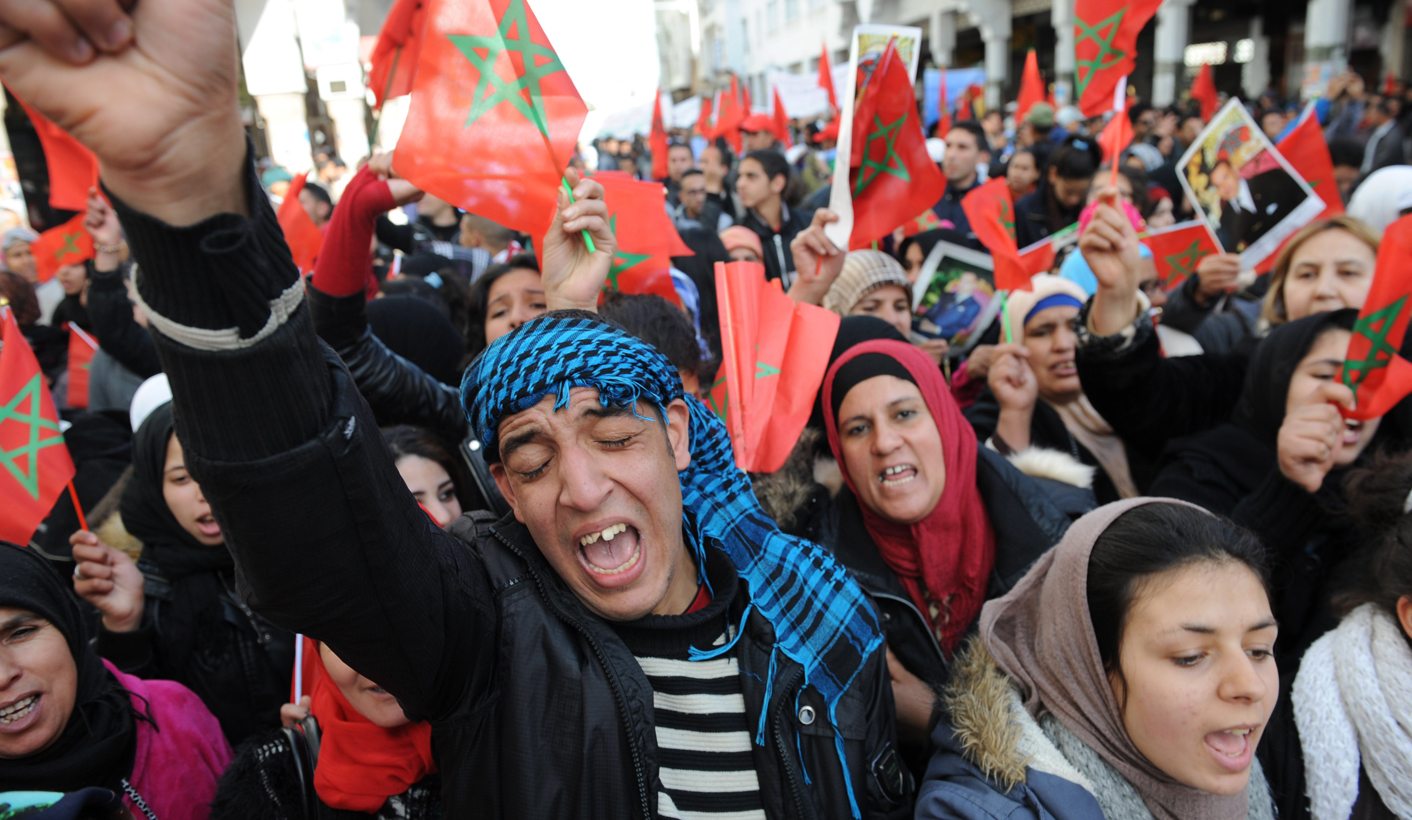 In Western Sahara, Ban Ki-moon did something unexpected and decidedly undiplomatic: he said what he thought. But in describing the situation as an “occupation”, he infuriated the Moroccan government – and may have endangered activists on the ground. By SIMON ALLISON.

Ban Ki-moon is a master of diplomatic language. In his position, you have to be; as secretary-general of the United Nations, there’s no room for verbal missteps. If anything, Ban, with his cautiously scripted speeches, is considered too diplomatic – in saying everything so carefully, he more often than not says nothing at all.

Yet even he slips up occasionally, to reveal the man behind that bland mask. And when he does, the consequences can be severe.

Earlier this month, Ban and his team toured a refugee camp in Algeria. The camp is home to tens of thousands of would-be citizens of the Sahrawi Arab Democratic Republic, the country that exists only on paper and is better known as Western Sahara. Kicked out of their land in 1975 by Morocco, these Sahrawis have been living in poverty-stricken exile ever since. Others who remained behind have been marginalised and discriminated against by the Moroccan administration that was imposed.

The war to regain their homeland was waged until 1991, when the UN stepped in to broker a ceasefire between Western Sahara’s political movement – the Polisario Front – and Morocco. Since then, the UN has maintained a peacekeeping mission in the area, designed to prevent violence but also intended to nudge the two sides into some kind of negotiated settlement.

Ban’s visit to the Tindouf refugee camp was the first step in a bid to revive the dormant negotiation process. After there, he was going to Morocco’s capital Rabat to try to persuade the powers-that-be there to make a few concessions. Except that, out of nowhere, Ban’s diplomatic facade failed him.

In an off-the-cuff, unrecorded statement, Ban made the mistake of referring to Morocco’s decades-long occupation of Western Sahara as exactly that: an “occupation”. He may as well have waved a red flag in front of the Moroccan bull.

The response was as swift as it was uncompromising. Morocco threatened the expulsion of the entire UN peacekeeping mission, Minurso, forcing the UN to withdraw the civilian component of the mission before the expiry of Morocco’s three-day ultimatum on Sunday. By Tuesday, the military liaison office in the disputed territory had also been forced to withdraw. At the same time, Morocco withdrew its $3-million funding for Minurso’s $53-million budget, and threatened to withdraw its troops from other peacekeeping missions across the African continent (including in the Central African Republic, Cote D’Ivoire and Mali).

All this was underpinned by a massive march in the Moroccan capital of Rabat in protest against Ban’s remark – in the government’s words, to “denounce the verbal slippage of the secretary-general”. The government claims that 3-million people participated. The real number is probably closer to 1-million, which is still a huge turnout. Protesters, egged on by government officials and political parties, chanted “The Sahara is ours”.

For those people still living in the disputed territory, this could have disastrous consequences.

“The regime will get more brutal now, I am absolutely sure about that,” said one Sahrawi activist, according to the New Internationalist. Already, since the heightened tensions, dozens of Sahrawis were wounded as a result of an unusually vicious police response to a protest.

All this thanks to one “verbal slippage” from the UN secretary-general. There’s a reason why Ban normally watches his words so carefully: blunt honesty is not always the best policy.

And it was, as Ban’s spokesperson acknowledged, not an official position. Stéphane Dujarric said the secretary-general “took note of the misunderstanding related to his use of the word ‘occupation’ as his personal reaction to the deplorable humanitarian conditions in which the Sahrawi refugees have lived in for far too long”.

But Dujarric also noted, according to AFP, that this slip of the tongue did not justify Morocco’s reaction.

Ban said that “in choosing to misrepresent the purpose and progression of the secretary-general’s trip to the region, the demonstrators, and their sponsors, deliberately chose to ignore that at every stop on his trip he underlined his personal commitment to encouraging genuine negotiations between the parties” to achieve what the UN Security Council has repeatedly requested — “a just, lasting and mutually acceptable political solution, which will provide for the self-determination of the people of Western Sahara”.

Dujarric is right, of course. Morocco’s heavy-handed reaction merely serves to underline the injustice of Western Sahara’s plight. And there’s a silver lining: long ignored, there is a slim chance that the sudden spotlight on Western Sahara might galvanise a hitherto-disinterested international community into some kind of action.

If that happens, Ban’s unusual expression of genuine emotion may turn out to have been a diplomatic masterstroke after all. DM