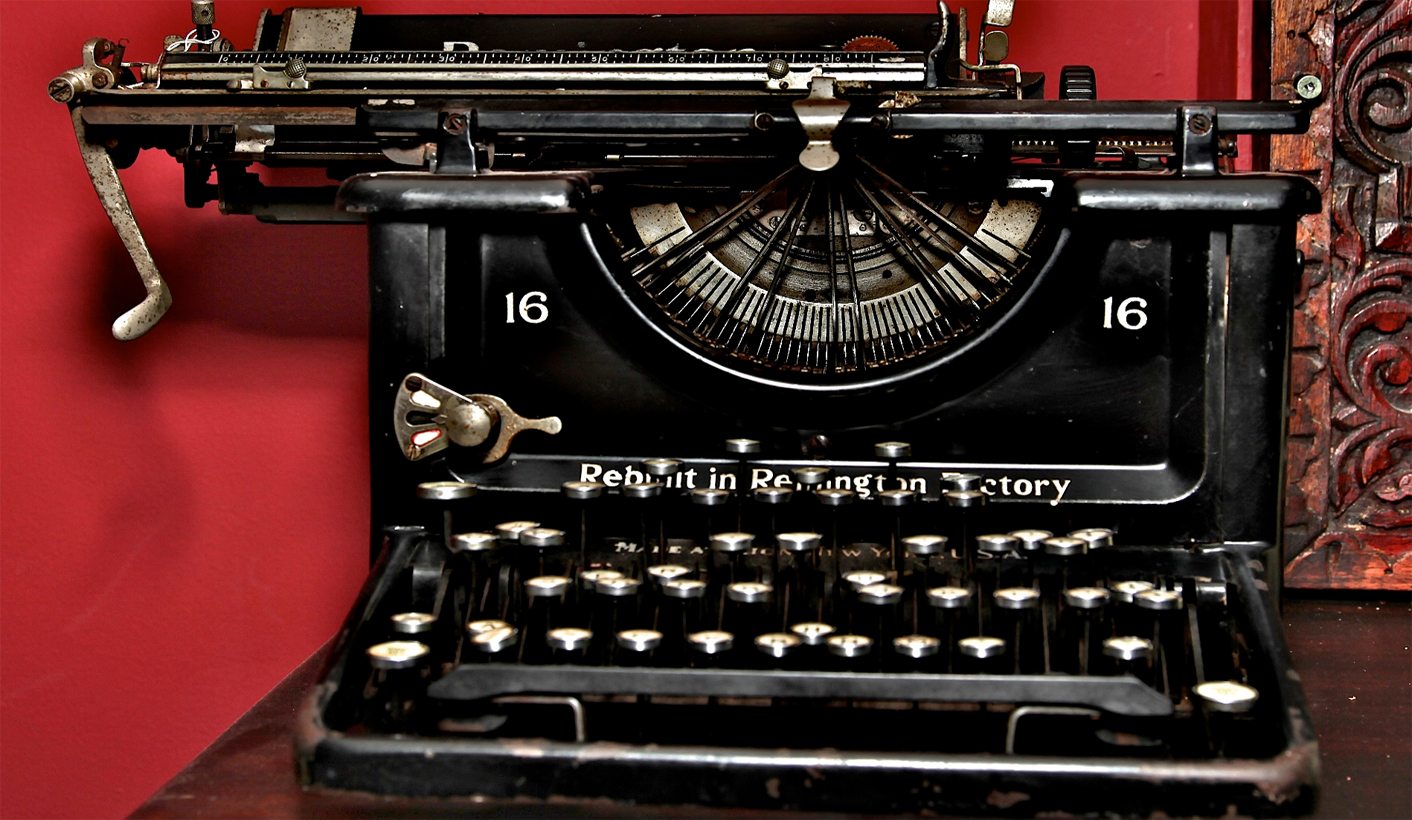 Something that puzzled Helen Suzman Foundation director Francis Antonie after a brazen, military-style robbery at the foundation's offices at the weekend was that someone would want to steal really old computers.The answer might be that the older and more low-tech a piece of equipment, the more difficult it is for spies to hack, so they had to take the hardware. By MARIANNE THAMM.

“I really don’t know what they want to do with them,” a still audibly rattled Antonie told Daily Maverick when we called him soon after the robbery.

Six well-dressed intruders raided the foundation’s offices on Sunday, two arriving earlier to deal with a security guard. Four others, including a woman, and one of them armed with a shotgun later arrived in a white Combi, drove into the basement area of the foundation, and made their way up to the offices, circumventing all security. The woman, said Antonie, had a notebook and made a phone call. Someone on the other end of the line apparently directed her to whatever it was they needed, some old computers. Once they had wrenched them from the desks the six robbers left.

The reason the intruders might have had to physically raid the premises to capture the computers is precisely because they were “old” and probably unable to be hacked or accessed by sophisticated modern spying equipment.

There is something to be said for resisting an upgrade.

In a world in which rogue spies do the bidding of shadowy masters and where almost everyone uses sophisticated technology including smartphones, tablets and laptops, those of us who would like to escape from the possibility of 24-hour electronic scrutiny might have to return to outdated technologies to secure our privacy.

In 2014 after a parliamentary inquiry into allegations that the US National Security Agency was monitoring Chancellor Angela Merkel’s phone, Patrick Sensburg, who led the inquiry, said German officials were considering ditching computers for typewriters, as these were “unhackable”.

“From the point of view of keeping secrets, the most primitive method is preferred: a human hand with a pen or a typewriter,” said Kovalev.

Russia’s Federal Guard Service (FSO) which is tasked with protecting President Vladimir Putin and Kremlin communications, also said the return to typewriters had been prompted by WikiLeaks revelations. An FSO source told the newspaper Izvestiya that Snowden’s revelations had resulted in a decision to “expand the practice of creating paper documents”.

In 2009 the New York Police Department spent $1-million on typewriters but in that instance it was because officers were finding it difficult to migrate to newer technologies. In 2015 Queens City Councilman, Danny Dromm, introduced a bill hoping to force the NYPD to abandon typewriters but he might want to reconsider in the light of just how easy it is for anyone who knows how to operate illegal surveillance to get right up inside your business through your cellphone and laptop.

You need only read an email by Helgard Lombard, former SARS Manager of Technical Physical Security, to the firm Hacking Team, leaked by WikiLeaks, to gain a minuscule glimpse into what this technology is capable of.

“I will appreciate it if you could send me information regarding the smartphone infections. The information must be as comprehensive as possible, e.g. is it necessary to “Root” Android smartphones, can the infection be concealed in a MMS, etc. I would also want to know what the minimum quantity licenses would be that we have to acquire and what the annual maintenance fee word be for updates, etc. Thank you in anticipation. Best regards”

The reply by the Hacking Team’s Massimiliano Luppi, a Key Account Manager, lists some of the products for Lombard:

“Galileo is designed to attack, infect and monitor target PCs and smartphones, in a stealth way. It allows you to covertly collect data from the most common desktop operating systems, such as Windows, OSX, Linux. Furthermore, Remote Control System can monitor all the modern smartphones, Android, iOS, Blackberry, Windows Phone. Once a target is infected, you can access all the information, including Skype calls, Facebook, Twitter, WhatsApp, Line, Viber and many more device location files screenshots microphone virtual currencies and much more.”