E-tolls: After the carrot, Sanral readies the stick 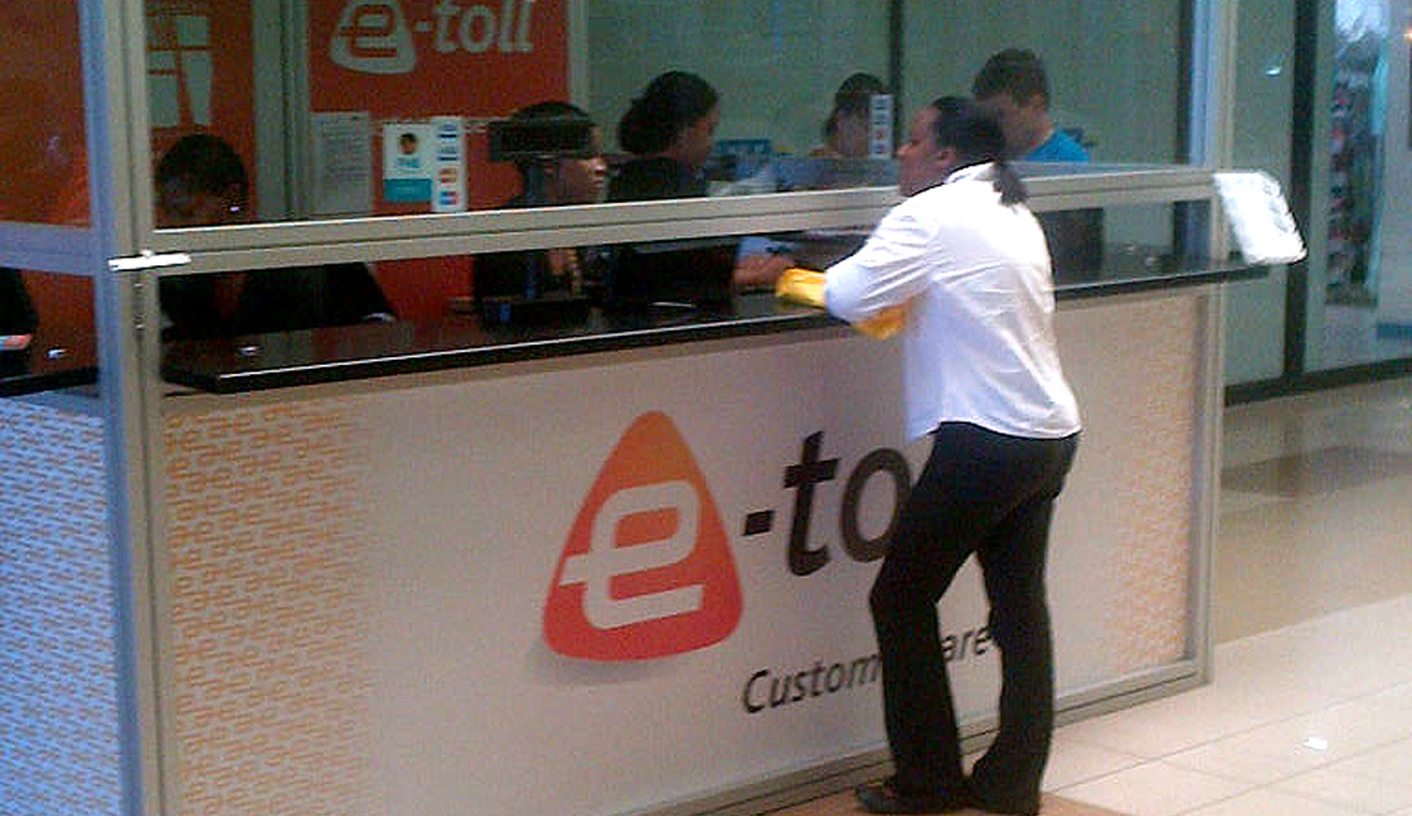 Haven't been paying your e-tolls? The South African National Roads Agency Limited (Sanral) recently warned it would start issuing civil summonses against those who refuse to pay and this week, it says, the sheriff's office will start delivering them. After the carrot of significant discounts were announced last year, this is the stick. By GREG NICOLSON

In a statement on Monday, Sanral said road users “who have persistently refused to settle their e-toll debt” may receive civil summonses from the parastatal in the next few days. The first set of summonses will be delivered by sheriffs in different Gauteng regions this week. Sanral said it is a natural conclusion to extensive consultations with vehicle owners who refuse to pay their e-toll bills.

“The summonses will also include higher value summonses of mostly companies. Due to the amount owed in these cases, the summons has to be managed by the High Court,” said Alex van Niekerk, project manager for the Gauteng Freeway Improvement Project (GFIP). “Sanral has a responsibility towards the country and the thousands of compliant vehicle owners who regularly pay their e-toll accounts to recover the outstanding debt from defaulters.”

Aggressively collecting fees has been a Sanral strategy since Deputy President Cyril Ramaphosa last year announced a 60 percent discount on past e-toll debt incurred between the system’s introduction in 2013 and August 2015. When Ramaphosa made the announcement, historic debt for the controversial system, which has struggled to collect fees, amounted to R5.9 billion, after the concessions were applied. The discount, which can be claimed until 2 May, was the carrot. Summonses are the stick and the Electronic Toll Collection Company (ETC) have been calling, emailing and sending messages to individuals owing e-toll fees.

“We have an obligation to act. The global ratings agencies and the investment community are also looking towards Sanral and expect from us to demonstrate our commitment to financial responsibility and high standards of corporate governance,” said Van Niekerk. While his comments have a touch of the finance minister’s call for economic patriotism, for Sanral the failure to collect sufficient e-toll revenue has continued to undermine its operations budget and threaten its credit rating.

In February, ETC chief operating officer Mark Ridgway said 17 percent of road users owed 83 percent of the outstanding fees, with some companies owing over R20 million. Suggesting the collections agency is first targeting companies with the highest outstanding e-toll debt, Ridgway said bills over R400,000 will go to the High Court. Anything lower than that will be heard in the Magistrate’s Court. There has also been talk of trying to fine individuals who don’t pay their e-tolls and preventing the sale of vehicles with outstanding toll payments, which critics have called ludicrous.

“Let’s see what the courts have to say about it,” said Justice Project South Africa chairman Howard Dembovsky. “It’s impossible to predict what the outcome will be in court but ultimately it will be a very long and tedious exercise to summon and have the courts hear somewhere in the region of 1.5 million [cases],” he added, referring to the estimated amount of people who are not paying their e-toll fees.

“People who allegedly owe them millions, unless they’ve already reached an agreement to be a patsy, they’re going to find someone who will put up a fight,” said Dembovsky. Organisations and individuals calling for an end to e-tolls have long responded to the threat of court action by saying they will use the civil cases as a chance to question the validity of the system as a whole.

Writing in Daily Maverick recently, Wayne Duvenage from the Organisation Uniting against Tax Abuse (Outa) – previously called the Opposition to Urban Tolling Alliance – said those who haven’t paid e-tolls aren’t “in debt” as they never signed a contract with Sanral and a court case would expose the system. “All we are waiting for is the summons that Mr Ridgeway and Sanral have threatened for years now and we’re not shrinking away. In fact every year, we – along with the help of Sanral and ETC – add more arrows to our, now bulging, quiver of defence,” Duvenage wrote.

“We know of many businesses and individuals who have paid up and cancelled their agreements with Sanral and by doing so have joined the other 80 to 90 percent of the road users who are not paying,” said Duvenage. “We estimate that between 60 and 70 percent of all Gauteng road users have never signed up or ever paid. They have very valid arguments to defend themselves and we believe are not at risk.”

Gauteng Premier David Makhura and provincial ANC chairperson Paul Mashatile have both recently questioned the affordability of e-tolls and maintaining the system amidst public opposition. But without a political solution, as apparently offering discounts hasn’t sufficiently worked, Sanral was always likely to issue civil summonses. When the first person appears in court for not paying their e-toll fees, the system itself will also go on trial. DM