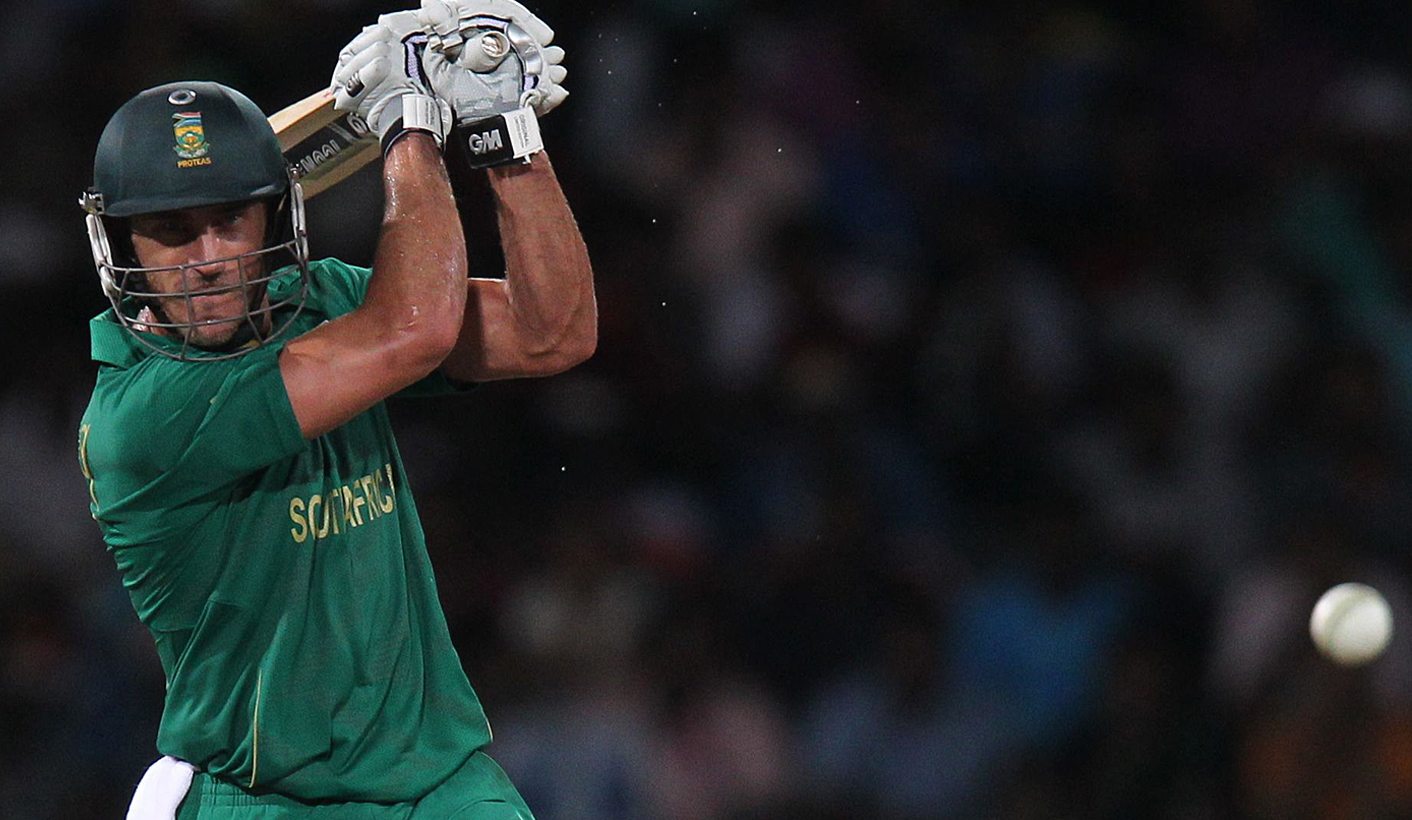 South Africa have struggled in first six overs at the World T20 so far. Despite a talented bowling line-up, making an impact up front has been a problem, not just at the tournament, but in the last 18 months. By ANTOINETTE MULLER

“To be completely honest, I was worried.”

That’s what South Africa’s captain Faf du Plessis said after his side beat Afghanistan by 37 runs in the Super Tens stage at the World T20 over the weekend. Asked whether he was having flashbacks to Friday’s fixture, where South Africa failed to defend 229 runs, as Mohammed Shazad started bashing around his bowlers in the PowerPlay, Du Plessis admitted his concern and he would have been foolish not to.

On Friday night in Mumbai, South Africa’s bowlers were absolutely obliterated. While Joe Root deserves some credit for an immense innings, inconsistency from South Africa turned what should have been a defendable total of 229 into a routine run chase.

While the very nature of T20 does lend itself to subduing the sublime, in that extraordinary feats have become increasingly ordinary, there are some real concerns over South Africa’s bowling in their quest for a place in the semi-finals.

The biggest problem, perhaps, is South Africa’s glaring inconsistency: six wides against Afghanistan and 20 against England (ten of them off two balls) mean that the opposition were not only gifted far too many extra runs, but also far too many extra deliveries. In a game that is won or lost by the tiniest margins, these errors are unforgivable.

These are not the kinds of errors that can be put down to inexperience. The majority of South Africa’s bowlers have been playing T20 cricket for years, domestically at least, and should know better than to make such elementary errors. But South Africa’s thinking has also seemed slightly regimented instead of radical.

In the first match against England, Imran Tahir was not brought on to bowl until the PowerPlay had finished. While you could argue that it was to protect him from being clobbered all around the park, there is no way that he could have done much worse than the bowlers before him. Against Afghanistan, it was the same story and Du Plessis couldn’t exactly explain his thinking.

“Imran Tahir was going to bowl probably the third or the fourth over but then we got Shahzad out,” he said. “It’s a big challenge for the guys bowling in the first six here as we saw with us against England. But I do think there are areas where we are a little bit soft in our execution and we need to improve on.”

While bowling a spinner in a PowerPlay is something that still make some teams squirm in one-day cricket, it is increasingly common practice in the T20 format and considering Tahir has been South Africa’s most economical bowler (of bowlers who played ten or more matches) since 2015, the decision to hold him back is peculiar.

In fact, the last time Tahir bowled in a PowerPlay, against India last year, South Africa’s figures after six overs were 35-2, the lowest of all the matches since 2015. They have used a spinner in the PowerPlay on just four occasions since 2015. This strategy deserves a rethink, especially since those first six overs are currently a serious sticking point for the Proteas after conceding 89 and 64 runs in their first two opening fixtures.

This problem of being carted around the park for South Africa is not an entirely new issue. Last year against the West Indies, they had similar issues going for 78-0, 86-1 and 57-1 in the first six overs in the T20 series on home soil. This is not good news considering the Windies are still to come in the group stages of this tournament, but South Africa also know how to solve that problem.

We are often told that T20 is a batsman’s game and Chris Morris – the unlikely hero of South Africa’s match against Afghanistan on Sunday with his four for 27 – said it himself. But is it really so much of a batsman’s game that conceding over 50 runs in the first six should be considered “normal”?

Since the start of 2015 (and excluding the World T20 matches), South Africa have, on average, conceded 54 runs in the first six overs. So for South Africa it has become entirely normal, but how does that compare to other sides?

Comparing this as an average to other teams is tricky since it depends on so many factors. Batting or bowling first, who the opposition is, where the match is being played, conditions and so forth, but for the purposes of this exercise, India and England will be used as comparisons.

First up, England, who have played just seven T20s since 2015 (excluding the two T20s in the World T20). They have conceded 52 runs in the first six overs on average in this time period. So far, so comparable to South Africa. That average is pushed up by the Proteas’ recent exploits against them, where they hit 88-0 in six overs at the Wanderers. Interestingly, if that total is excluded from England’s average and the highest total conceded against South Africa (78 by the West Indies) both teams average 47 runs in the first six overs.

India, meanwhile, concede an average of 39 runs in the first six overs since 2015 although this is significantly helped by the some notably low PowerPlay overs against Sri Lanka, Pakistan and Bangladesh in the recently-concluded Asia Cup, it does show that using spinners up front can have a significant impact. They have taken on average 1.7 wickets in the PowerPlay.

Next up for South Africa is the West Indies, who have been in scintillating form in the tournament so far, in Nagpur on Friday. The wicket there is likely to offer more turn than the deck in Mumbai, but whether South Africa have the courage to exploit it with a spinner in the Powerplay, especially if Chris Gayle is on the prowl, we’ll have to wait and see. DM