The North Caucasus insurgency and Syria: An exported Jihad 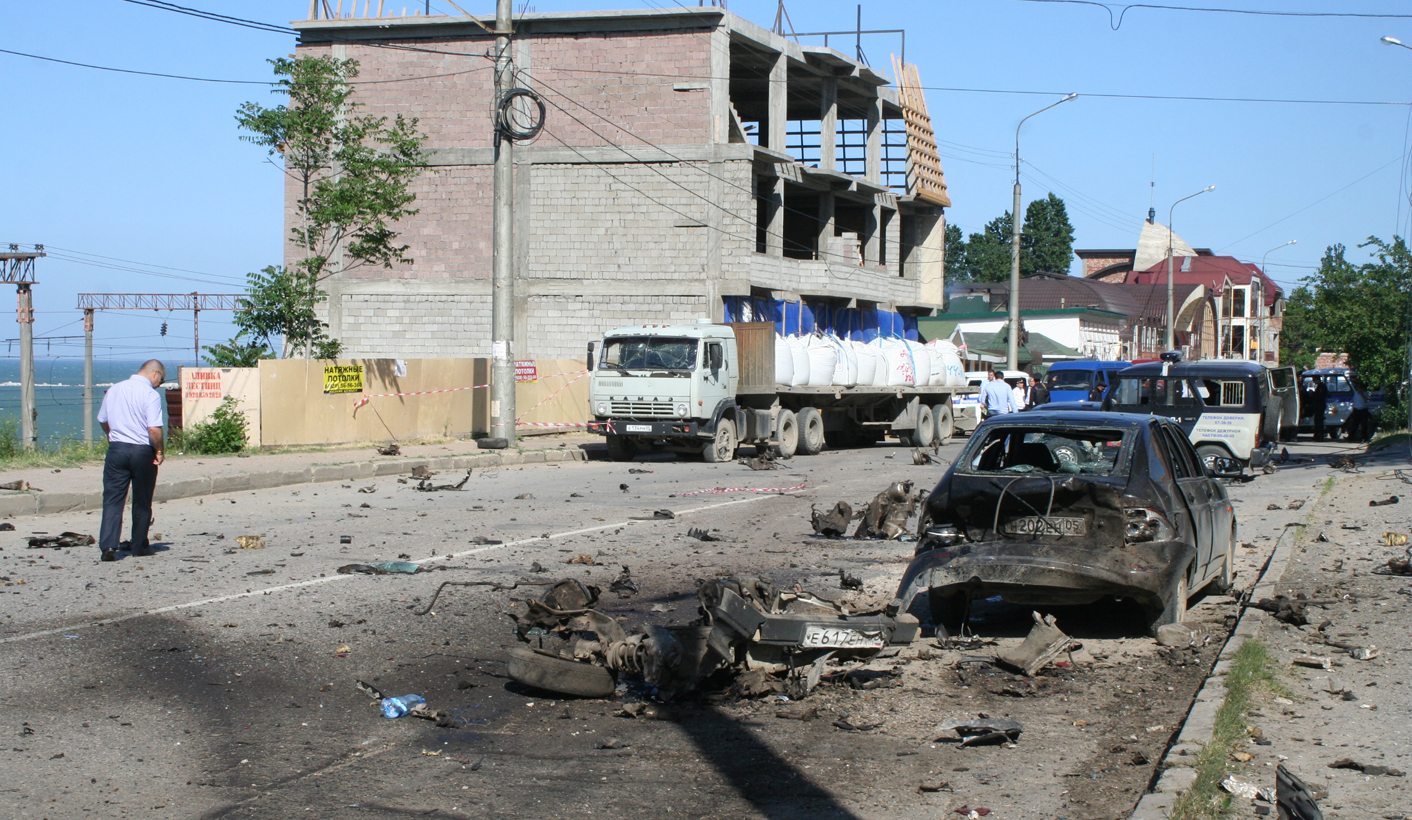 Violence in Russia's North Caucasus, which has experienced deadly conflict for two decades, is down substantially the last two years – partly because most of its radicals have joined the foreign fighters in Syria and Iraq.

By June 2015, most North Caucasus insurgent groups had sworn allegiance to the Islamic State (IS), later to be designated its new “province”, Vilayat Kavkaz. Some small groups in Dagestan and Kabardino-Balkaria remain loyal to the Caucasus Emirate (CE), the regional violent jihadist organisation, but its support and capacity are now minimal. Russia and IS are in direct conflict: security officials announced they prevented a number of IS-inspired terrorist acts in 2015; IS pledged to harm Russia and claimed destruction of the October flight over the Sinai Desert in which 224 Russians returning from Egypt died and two attacks in Dagestan. In parallel to protecting its national security, Russia should invest in effective de-radicalisation, while urgently addressing legitimate grievances in the North Caucasus better and systematically coping with the root causes of its violence.

The conditions for those pursuing militant jihad in the North Caucasus qualitatively changed in the lead-up to the 2014 Sochi Olympics. Russian security agencies defeated and paralysed the CE, whose operations and communication became largely impossible at the same time as what IS calls its “five-star jihad” became increasingly popular. A few thousand North Caucasians joined that fight from their homeland and their diasporas in Europe and the Middle East. The export of the North Caucasus jihad to the Middle East has made Russia new enemies and transformed the problem from national to global.

Since the pre-Olympic clampdown on Salafism in Russia, Turkey has become a popular destination for both Russian jihadists transiting to Syria and peaceful conservative Muslims with families who made it their new home. The “newmuhajirun” (immigrants) from Russia have formed tight, rather self-sustainable communities mostly in and around Istanbul.

Until IS-inspired terrorist acts hit Turkey in 2015, the authorities had not shown much concern with either group. Russian-speaking IS liaisons who helped new arrivals cross the Syrian border operated effectively. Several high-profile CE operatives and ideologues have reportedly also worked from Turkey, facilitating transit to groups other than IS. In addition, eight figures linked to the Chechen insurgency have been assassinated in Turkey since 2003, the most recent in 2015, allegedly by Russian federal security service (FSB) proxies. Turkish authorities say they often lack sufficient evidence on which to act more resolutely but legally against such activities. They have, however, considerably tightened security recently.

North Caucasians fight in Iraq and Syria not only for IS, but also for Jabhat al-Nusra, as well as in rebel groups not affiliated with either and mostly under Chechen commanders. Due to their reputation as fearless fighters, Chechens are often promoted quickly to command of small groups, or to second- and third-rank positions in IS. Abu Omar (Umar) Shishani, the most senior-positioned North Caucasian in IS, was reportedly wounded or killed in a recent U.S. strike. His military achievements, particularly leading operations to capture Iraq’s Anbar province and parts of eastern Syria, reportedly helped Abu Bakr al-Baghdadi to declare his caliphate and put Russia high on the agenda of IS.

In an effort to strengthen their power in IS, Shishani and his ambitious confidante and propagandist from Karachay-Cherkessia, Abu Jihad, set out in 2014 to co-opt the North Caucasus insurgency. This eventually resulted in the almost overwhelming defection of North Caucasus fighters to IS.

Russian security services allegedly opened borders for local radicals to leave the North Caucasus before the Olympics, even though Russia has criminalised participation in armed groups abroad which contradict the “interests of the Russian Federation”. Since the second half of 2014, however, the authorities have reduced the outflow and systematically hunted down recruiters and fundraisers, as well as potential fighters, while also intensifying pressure on non-violent Salafis, especially in Dagestan.

In Chechnya, policies toward Salafis have traditionally been even harsher. The Chechen interior ministry routinely carries out campaigns against them; reportedly, many were detained in 2015 and some disappeared late in the year. The Ingush leader, Yunus-Bek Yevkurov, pursues a non-confrontational policy; he prevented official clergy from seizing the most important Salafi mosque in Nasyr-Kort and tries to consolidate believers in the republic. Similarly, Kabardino-Balkaria fundamentalists do not complain of systematic security-service harassment.

The region’s Salafis emphasise that religion is a key motivation for North Caucasians to join violent jihad in Syria. The immediate religious context is influenced by deeper underlying grievances that drive radicalisation, including unresolved conflict, often unaccountable and non-transparent governance, poor socio-economic conditions and a deep sense of injustice and disenfranchisement. The opportunity presented by IS gives violent Caucasus jihadists an alternative to a suicidal enterprise at home, making departure to pursue religious commitments even more compelling.

Radicals convince youth that hijjra (emigration) to IS or fighting for it is the individual obligation (fardh ‘ajn) of each Muslim, and those who abstain fail in duty to Allah. IS in turn portrays itself as a feasible political project with an efficient Islamic government. Claiming to be an egalitarian welfare project, it provides flats and subsidies for fighters’ families. It likewise offers opportunity for merit-based promotion and publicised revenge for perceived global humiliation of Muslims.

If powerful reinforcements for IS from the North Caucasus are to be staunched, Russia needs to develop a de-radicalisation strategy that pools intellectual resources from various fields and across disciplines, including experts on the region, open-minded security officials, educators and moderate religious leaders. Law-abiding fundamentalist leaders can play a significant role in influencing young people. Creation of controlled but safe channels for return and programmes to prevent radicalisation in prisons are also important.

Accounts of those who have returned disillusioned from Syria and Iraq are perhaps the most powerful weapon against recruitment.

To address the root causes of radicalisation

2.  Encourage genuine transformation of sectarian conflict between traditional and fundamentalist Muslims by facilitating Sufi-Salafi dialogue in Dagestan, Chechnya and Ingushetia, and increasing efforts to integrate non-violent Salafi communities into the social mainstream across the North Caucasus.

4.  Strengthen the focus of youth policies in the North Caucasus on preventing idleness and encouraging other ways of self-realisation; and devise more sophisticated ways to combat radical influences from abroad.

6.  Distinguish between violent and law-abiding fundamentalists, focusing law-enforcement efforts on the former; cease repression of non-violent Salafis, especially in Chechnya, unless they violate the law; and oppose any discriminatory rhetoric and practices targeting individuals for religious beliefs.

To the interior ministry of the Republic of Dagestan:

7.  Halt discriminatory practices against nonviolent fundamentalist believers, including registering them as extremists, and – other than within the framework of a criminal case – detaining them, restricting their movements and submitting them to unsanctioned searches and blood and saliva tests.

8.  Cease pressuring and closing Salafi mosques other than after a credible investigation and pursuant to a judicial decision.

To the National Anti-Terrorism Committee:

9.  Strengthen soft-power counterinsurgency, including creation of exit programmes for radicals who have not committed grave crimes and wish to return from Syria and Iraq.

10.  Revive and strengthen the mandates of the republican commissions for the rehabilitation of fighters to deal with returning jihadists; and engage more constructively with families of jihadists and law-abiding fundamentalist leaders in joint efforts to combat violent jihadism ideologically.

11.  Create a deradicalisation research group of independent experts, law-enforcement and security service professionals, educators and media and religious leaders, including law-abiding Salafis, and task it to develop a feasible de-radicalisation methodology and government programme.

12.  Consider setting up a federal programme aimed at de-radicalisation of Islamist extremists, rehabilitation of ex-jihadists and prevention of radicalisation in prisons and enhance cooperation and information exchange with European countries, including Turkey.

Photo: View of the site where a twin blast occurred in Makhachkala, North Caucasus republic of Dagestan, Russia 20 May 2013. EPA/ABDULA MAGOMEDOV/ NEWSTEAM