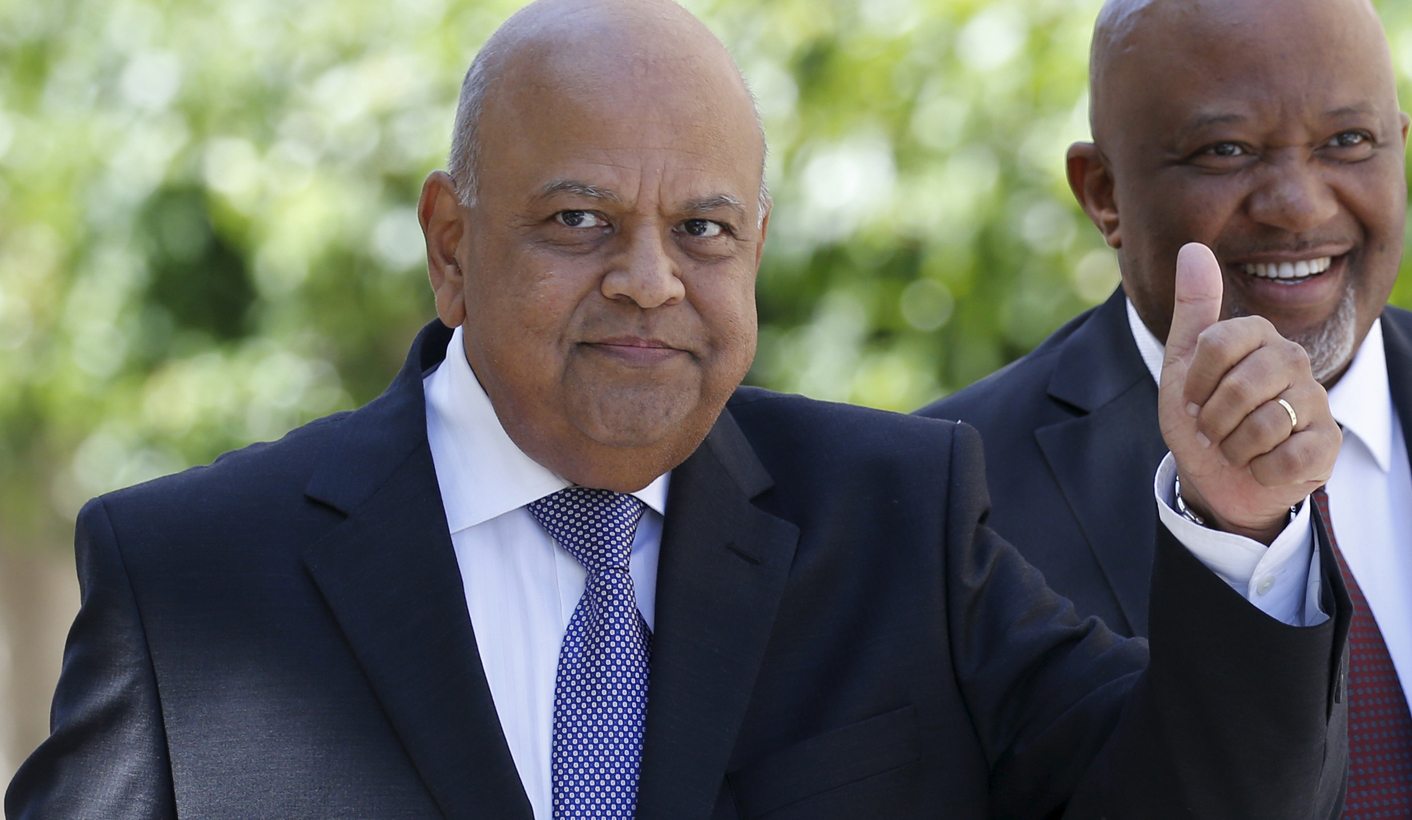 Deputy Minister of Finance Mcebisi Jonas has confirmed that the Gupta family did indeed offer him the top Treasury post before President Jacob Zuma fired Nhlanhla Nene in December. This is an explosive revelation which should have serious repercussions. Will the ANC act swiftly to stop the lies and rot which have now been publicly confirmed? By MARIANNE THAMM.

The ANC must have got sniff of the fact that Deputy Minister Jonas was about to spill the beans. On Wednesday ANC spokesperson Zizi Kodwa issued a statement that it views persistent allegations of “inappropriate and undue influence by the Gupta family over the appointment of members of the cabinet…in an extremely serious light”.

Kodwa added that the Constitution gave Zuma the authority to appoint “ministers‚ to assign them responsibilities and to dismiss them”‚ and “in line with the ANC’s unwavering commitment to collective leadership‚ this is a prerogative that the president exercises in consultation with the national officials” of the ANC and its alliance partners.

There is now no doubt that ANC MP Vytjie Mentor’s admission on Monday that the Guptas had offered her the Ministry of Public Enterprises in 2010 has opened the floodgates.

The veteran politician, whom President Zuma said he did not remember, stood her ground on Wednesday writing on Facebook “As for the Guptas. I am not done yet‚ a lot still needs to be told…”

She added that she had known Jacob Zuma since his return from exile and that “I was raised on the TRUTH‚ NOTHING BUT THE TRUTH!! I am standing where I am standing. I love South Africa too much. I am NOT ruffled. The truth shall be victorious at the end. The truth always win!‚” and “If anything happens to me or my family‚ you all know who to suspect”.

It is ironic, as someone tweeted, that while the Guptas had spent millions building a media empire it was Facebook that exposed the Gupta’s hidden hand.

Here is the full statement:

“I have decided to respond to and clarify certain questions that have been in the public domain recently. I do so in accordance with my conscience, my political values and the best traditions of my organisation, the ANC, of which I have been a member since my early teens.

I regard our Constitution as being sacrosanct and it embraces the values that South Africans struggled for, and what we live by. I was appointed Deputy Minister in terms of the Constitution by the President of the Republic. Any practice that conflicts with the prescripts of the constitution must be challenged in the interest of our democracy and the accountability we have to our people. The ANC that we have been and continue to be proud members of, has offered us the opportunity to serve our country, an honour that I do not take for granted. My historical commitment to the liberation of our people has not waned.

My daily decisions and actions are informed by the understanding that true political freedom will be achieved through deliberate and active management of a transformed yet inclusive growing economy. The current economic climate presents many risks for our country, which requires responsible leadership to avoid a fullblown crisis. We have to unite on the key issues relating to managing the macroeconomic risks, while urgently unlocking new sources of growth and job creation. South Africa requires “all hands on deck”.

The extent to which we are able to navigate the current macro-economic challenges, restore investor confidence and rapidly stimulate growth, will depend on heightened levels of political leadership.

The narrative that has grown around the issue of “state capture” should be of concern to all responsible and caring South Africans, particularly those of us who have accepted the task to lead our people. We cannot afford to ignore the obvious impact these sentiments may have on our country and the resultant potential of undermining our moral authority. Neither can we afford to allow the attempts to capture the state to divert us from dealing with the challenges that our country faces. History will judge us on the extent to which we have stayed true to the commitments we have made to our people through our public pronouncements and private conduct.

Therefore let me state the facts on the matter of whether I was approached by nongovernmental individuals in respect of the position of Minister of Finance. Members of the Gupta family offered me the position of Minister of Finance to replace thenMinister Nene. I rejected this out of hand. The basis of my rejection of their offer is that it makes a mockery of our hard earned democracy, the trust of our people and no one apart from the President of the Republic appoints ministers. Let me also place it on record that there was no discussion between the Deputy Secretary General of the ANC Ms Jessie Duarte and myself on this matter.

I have hesitated to speak out publicly on this matter until now, but I feel it is no longer possible to remain quiet. Of primary concern to me is that this issue has a real danger of diverting attention away from the real and urgent challenges we face as a country.

I am committed to good governance, abiding by the constitution of our country and being accountable to our people who repeatedly express their confidence and trust in us, election after election. It is this constant state of awareness and consciousness drummed into most of us throughout our service in the national democratic revolution led by the ANC, that has provided us with the moral capital and tools to apply sound judgement to navigate challenges that emerge in the natural course of societal leadership. It is only through these values and moral covenants that I serve my organisation, my fellow country men and women, my beloved South Africa.

Finally, I remain confident that the challenges that we face as a nation will be overcome if we collectively use our efforts for the benefit of all. I am resolute in playing my part in preserving the integrity of National Treasury as an institution in my capacity as Deputy Minister. I’m also committed to in making my contribution towards building a prosperous South Africa led by the glorious movement of our people, the African National Congress.”