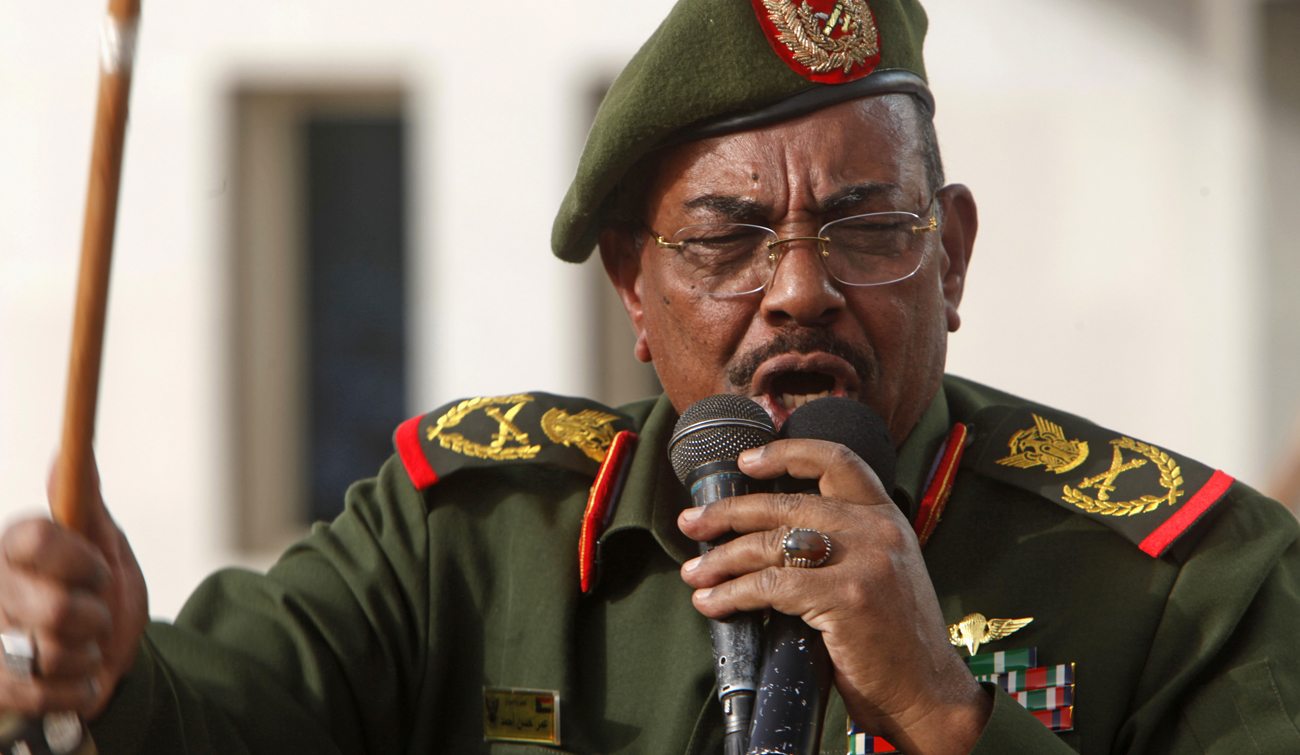 Guess what? The South African government and its phalanx of expensive lawyers have lost another court case. This time, the Supreme Court of Appeal upheld a High Court ruling that found that infamous mass murderer Omar al-Bashir skittering out of the country during last year’s African Union summit was, in fact, unlawful. Is this a lesson for the government to just, you know, obey the law of the land they’re paid to govern? We can hear you laughing from here. By RICHARD POPLAK.

Let’s see if we can determine when the African National Congress government’s latest monumental screw-up started to take shape.

Flashback: The year is 2006. Forty-eight African nations enjoy normalised relations with the People’s Republic of China, and 41 heads of state are coming to Beijing for a party. The Chinese capital has spared no expense: the third tri-annual Forum of Africa China Co-operation, or FOCAC, is seen as a dry run for the 2008 Olympics, and as no less an important confirmation of China’s re-emergent heft.

The nascent Beijing Olympic Meteorological Service curtails traffic in the streets and puts nearby coal-firing power plants on notice; an obliging wind disperses the residual pollution over the Huabei Plain, the city basks under clear blue skies. Throughout the shopping district of Wangfujing, which clangs with the urgency of construction deadlines for the approaching Games, hang 155 large-scale posters — elephants on the Serengeti, Maasai tribesmen brandishing spears, Victoria Falls in full roar. Accidentally, there is an image of a Papua New Guinea tribesman with a bone through his nose, but the astonished visitors are too polite to comment. “I hope I can visit Africa one day,” China Daily quotes a passerby.

FOCAC 2006 is the equivalent of two Hollywood stars photographed dry-humping in a Los Angeles hotspot — it is the highly stage-managed debut of a power couple. The pageantry and hospitality exceed anything African dignitaries have come to expect from trips abroad. For instance, Zimbabwe’s Robert Gabriel Mugabe is here. And on the red carpet, smiling with what is perhaps surprise, we find Sudan’s President Omar al-Bashir, perhaps the world’s greatest pariah, and the man about whom Stephen King may have been thinking when he said, “Murder is like potato chips: you can’t stop with just one.”

But this is a new aeon. Africa is pivoting east, turning away from the old rapists and pillagers to the folks who roll out the red carpet and sign the cheques. By no measure are the Chinese as bad as what came before them, but have always had a bit of a hard-on for al-Bashir and his oil money — a fact that terrifies Western observers. This can come to no good, they think. The man is a stone cold killer.

Indeed, that he is. But then again, so are George W Bush, Dick Cheney and Tony Blair, and at the time they’re still kings of the western hemisphere. But the thing about Bashir — the ideology that defines him more than any other — is the nonideology of unequivocally hating black people. Al-Bashir may look black to you and me, but he does not identify as black. Almost no one in Sudan does — they are culturally and geopolitically linked to the Arab world. But how much does al-Bashir hate blacks? Enough to institute a policy of de facto apartheid in the Sudanese state, render his black subjects in the south and the west as second-class citizens, and murder them by the hundreds of thousands in Darfur and elsewhere. There are lots of anti-black racists on planet Earth, but few can compete with Omar al-Bashir. This is a man who would have far more in common with Clive Derby-Lewis than he would with Gwede Mantashe. The pictures show him smiling, but he must not have enjoyed FOCAC 2006 very much at all.

Nonetheless, when the Sudanese president touched down in South Africa last June for an African Union summit meeting, President Jacob Zuma’s ANC-led government were correct to think that he did so under a New World Order. Sadly, they were too dumb to properly grock the small print. In 1998, South Africa voluntarily — that word is important — signed the Rome Statute, with ratification kicking in two years later. Otherwise known as the International Criminal Court Statute, the Rome Statute officially nudged court into action, and bound all signatories to the terms of the treaty. Which means that if someone charged by the court touches down on a signatory’s territory, it counts as ICC jurisdiction and it is incumbent on the signatory to arrest his or her ass. This was certainly true of al-Bashir: in 2008 he was accused by ICC’s chief prosecutor of genocide, crimes against humanity, and war crimes in the Darfur region, and a year later an arrest warrant was issued against him.

Without doubt, the world is full of murderous scumbags. And yes, the ICC seems to think most of them are from Africa. But as far as the Rome Statute was concerned, the second Al-Bashir set foot in Mzansi, he was to be placed in a holding cell alongside Oscar Pistorius until he was offered his own spot in Hague.

None of this was ambiguous. If the government had bothered to do a minimum amount of due diligence, they’d have learned that the Africa Union hosting agreement, along with a further proclamation by the Minister of International Relations and Co-operation, was not a magic abracadabra that offered al-Bashir free passage in our vast and beautiful country. The Rome Statute is designed to trump South Africa’s Diplomatic Privileges and Immunities Act, and acts like it. Otherwise the statute would be entirely useless.

Nope, in this country we have things called “laws”. And the government, ever so eager to prove fealty to the informal (if imaginary) South-South alliance, and in order to avoid a massive and unprecedented diplomatic cluster fuck, ignored them.

So what ends up happening is some smarty-pants do-gooders issued a call for al-Bashir’s arrest. Last June, as the genocidal maniac touched down, the South African Litigation Centre (SALC) had the paperwork in hand, arguing that the Constitution imposed a legal obligation on the state to arrest al-Bashir and hand him over to the ICC. An emergency order was issued forbidding him from leaving South Africa, because obviously. The matter was to go before the Pretoria High Court on the Monday morning, but lo! — at 11:30 on the morning of the ruling, according to an affidavit filed by the Director General, al-Bashir split from Waterkloof Air Base, which is a sort of private landing strip for Zuma’s high flying friends. The High Court found that the government was in contravention of the ruling, last month the government appealed, and today the SCA pretty much laughed them out of court. Playing hide and seek with Al-Bashir, the ruling said, was “disgraceful conduct”; insisting that customs and immigration had simply lost track of one of the world’s great mass murderers was “simply risible”.

The whole thing is just one big goddamned embarrassment.

But it also proves that the government routinely considers the law to be a minor inconvenience that really shouldn’t, but sometimes does, get in the way of business. On most of the occasions that their legal representatives meet a judge, he or she is throwing things at them from the bench. The only thing keeping this country from outright chaos is an independent judiciary, and nothing the Zuma administration does or says has yet been able to change that fact.

Pat yourself on the back: you live in a country where there are checks and balances.

But the damage has been done.

First of all, the government doesn’t seem to understand international law, or the international statutes they’ve signed, or basically anything.

Second, they don’t seem to care about the law.

And that’s the scariest part. For instance: who is going to take the hit for the al-Bashir debacle? Who gets fired? When Zuma visits his boon pals in China, does he gaze wistfully at all the authoritarianism and think: I wish.

You bet your life he does. So kiss a judge. He or she is the only thing keeping you from outright mayhem. DM