Playing by the book: Parliament to review rules for removing a president 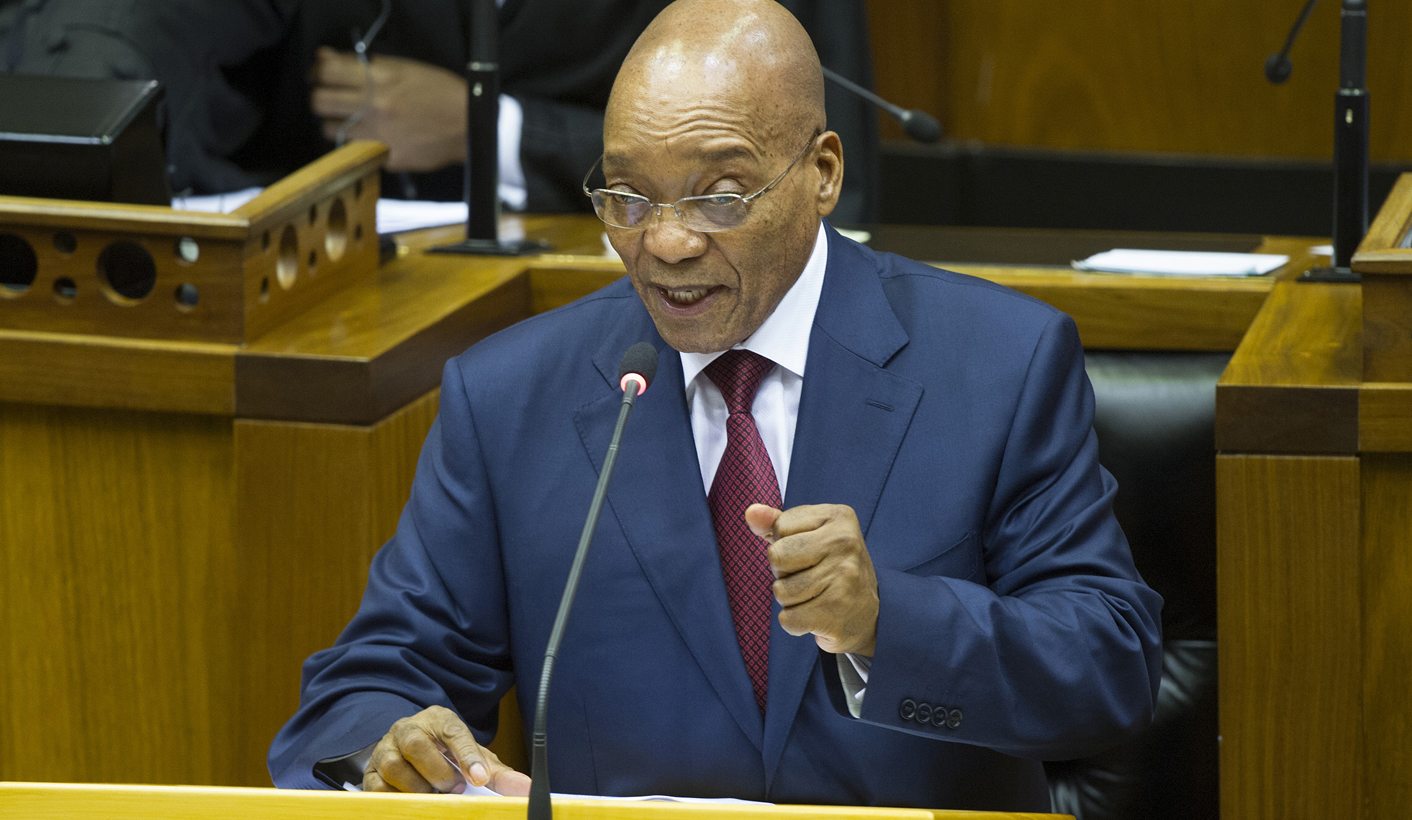 Parliament, as part of its rules review, is considering a 10-point in-house procedure to give effect to the constitutional provision on removing a president from office. Currently the National Assembly rulebook has no details on this matter, and the draft rules 102B to 102K aim to fix this gap. The draft rules require that criteria such as the president’s personal involvement must be met before any possible impeachment motion even passes the first hurdle. By MARIANNE MERTEN.

During February’s Constitutional Court hearing on the Nkandla debacle, President Jacob Zuma’s advocate Jeremy Gauntlett (SC) asked the judges not to make a declaratory order that the president was in breach of the Constitution.

Central to court proceedings were Public Protector Thuli Madonsela’s finding that Zuma had “unduly” benefitted from non-security upgrades amid the R215-million taxpayer-funded security upgrades at his Nkandla rural homestead, and thus should repay a reasonable percentage after a determination by the SAPS and National Treasury.

Instead, in August 2014, Zuma appointed Police Minister Nkosinathi Nhleko to investigate and to report back to the Cabinet on whether (our own emphasis) any repayments should be due. This ultimately resulted in a report clearing the president of any need to repay anything as even the nonsecurity benefits such as a cattle kraal, chicken run, swimming/fire pool, amphitheatre and visitors’ centre were security features.

The National Assembly adopted this report in August 2015, looking to finally close the book on what has become a dominating feature of South Africa’s politics for more than two years. But come February, in Constitutional Court Gauntlett told the court the police minister’s report had no standing. That Nhleko earlier this month publicly maintained that his report stood is another story in this web of political, governance, legal and administrative strands.

The Constitutional Court ruling remains pending, and there is no indication as to when it may be delivered. However, the Economic Freedom Fighters (EFF), which brought the case, is on public record that it would bring impeachment proceedings should a ruling allow for this. It is understood the DA will also push for this.

Section 89(1) of the Constitution states a two-thirds majority of the National Assembly “may remove the president from office only on the grounds of (a) a serious violation of the Constitution or the law; (b) serious misconduct; or (c) inability to perform the functions of office”. Section 89(2) says anyone so removed from office may not receive any benefits of that office or serve in any public office.

As part of a four-year old review of the parliamentary rules, on Friday those dealing with motions to remove the president from office were raised in the rules subcommittee. Discussions are scheduled for the first week of April so the broad sweep rules review can finally be finalised.

However, the lack of rules did not stop Parliament in September 2015 from dealing with the DA’s move for Zuma’s impeachment motion over the controversial departure of Sudanese President Omar al-Bashir despite an International Criminal Court arrest warrant. The motion was put on the order paper, debated and, as anticipated, defeated due to ANC numbers on the parliamentary benches.

The current proposed draft rules see impeachment as a two-step process: first, a motion to establish a committee to consider a charge against the president and to assess its seriousness; second, a motion based on the committee’s recommendation to be debated in the House.

Any MP can bring such a motion, but under draft rule 102C it must be “limited to a clearly formulated and properly substantiated charge” that in the “opinion of the speaker prima facie warrants consideration of the House”.

The specific charge on the basis of which an impeachment motion is brought must be related to constitutionally-incompatible action or conduct by the “president in person”, not just any matter arising from the president’s executive authority. That authority is defined in Section 85 of the Constitution to include implementing legislation, developing and implementing national policy and co-ordinating the functioning of state departments.

That requirement is important. If draft rule 102C(d) is adopted, it would mean a president could not be removed from office, for example, for something vague such as not doing enough to stop corruption, or perhaps the R170-billion-plus market losses sparked by 9/12, as December’s reshuffling of finance ministers is now known.

The requirement for a “charge” could also be important. The draft rules as they stand are silent on whether this means a criminal or civil count, or whether a charge is regarded in the broader dictionary sense of facing a complaint or hostile criticism.

If the motion passes the criteria hurdle, the House must adopt a motion dealing with step one, establishing an ad hoc committee to consider the matter. Draft rule 102G stipulates the president must be informed of the details of the charge and “invite him or her to respond in writing within 14 calendar days”.

Draft rule 102H outlines the terms of reference of such a committee: it must consider the charge, if it is upheld, “as being beyond reasonable doubt”, the committee must determine the seriousness and, ultimately, table its report with findings and recommendations.

Any parliamentary committee has the right to subpoena any person or document, receive written submissions and hear oral testimony. However, draft rule 102I expressly provides “the president has the right to be heard in his or her own defence and to be assisted by a legal practitioner or other expert of his or her choice”. In cases of impeachment for inability to perform the functions of the presidency, someone may be authorised to act for the president.

All of this sets out a process, which as the three Nkandla ad hoc committees over the past two years showed, could drag on and on. As the ticking of the boxes along the process is done, Parliament comes under close, possibly uncomfortable scrutiny. And in such a process there is not the distraction of a brouhaha in the chamber, when one or other opposition party can be blamed for tarnishing the decorum of the House.

In 2008, the ANC did not go the constitutional route via Parliament. The ANC national executive committee (NEC) on 22 September 2008 announced it had decided to recall Thabo Mbeki. Mbeki chose to resign from office. The need for impeachment proceedings never arose. Eventual parliamentary rules notwithstanding, given the governing party’s tactics of finding face-saving solutions, it is unlikely it would invoke impeachment any time soon.

With a majority of 249 of 400 MPs until the 2019 elections, it is also unlikely any opposition motion to remove the president from office would succeed. It requires a two-thirds majority in the House, a threshold out of the reach of opposition parties which have failed to reach the even the simple majority stipulated for motions of no confidence. There have been three since 2010, based on Section 102 of the Constitution, and all were defeated as the ANC pulled together in a show of unity, regardless of whatever tensions and dissatisfaction bubbled under the surface.

Regardless of political dynamics in the governing ANC and across South Africa’s political landscape, having rules on the removal of a president in the parliamentary rulebook is necessary. Whether they work, or not, will have to unfold. DM

Photo: South African president, Jacob Zuma during the State Of the Nation Address in Cape Town, South Africa, 12 February 2015. The State of the Nation address was disrupted by the EFF resulting in the party being ordered out of the chamber by security forces. EPA/RODGER BOSCH/POOL.