Nigeria massacre two years on: Justice is elusive for f... 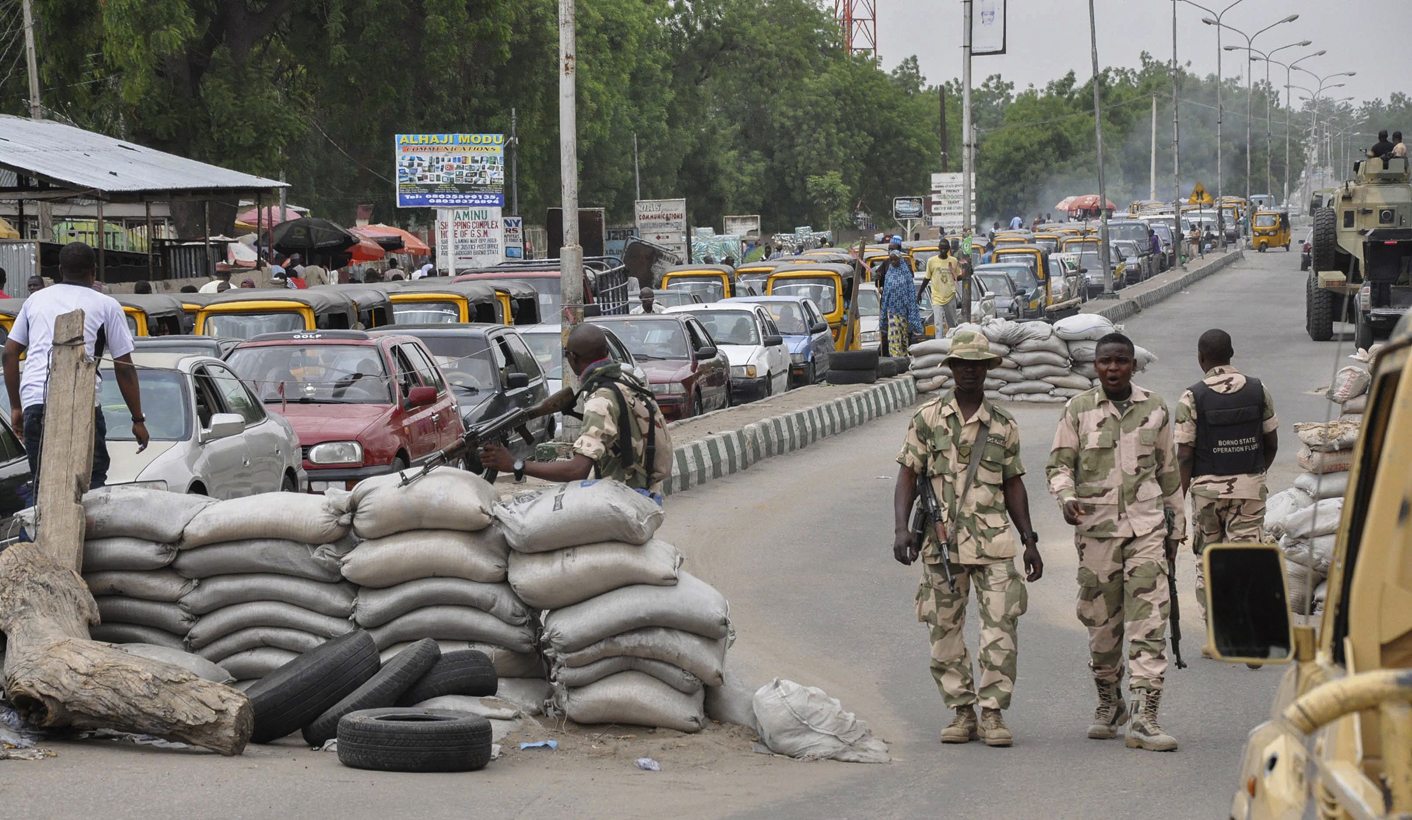 In March 2014, the Nigerian Army massacred more than 640 men and boys in cold blood after a jailbreak in Maiduguri in north-eastern Nigeria. Two years later, no one has been held accountable. By NETSANET BELAY.

“The soldiers asked the people to lie on the ground… a few minutes later they started shooting. I counted 198 people killed at that checkpoint,” a man told Amnesty International, recalling the roundup of detainees who had escaped from Giwa barracks two years ago.

The people killed there are just some of the more than 640 men and boys slaughtered by the Nigerian Army on 14 March 2014. Most of them were shot, but some had their throats cut, before they were tossed into open mass graves.

Two years on, not a single person has been held to account for this atrocity.

The jailbreak that preceded this carnage in the north-eastern city of Maiduguri in March 2014 occurred when armed militant group Boko Haram descended on Giwa barracks in the early hours of the day. Hundreds of detainees were released. The fighters fled the city with any detainees who wanted to join the group.

The Nigerian military responded with murder. Many of the 1,600 detainees held at Giwa were afterwards arrested in so-called “screening” operations in which entire communities were rounded up and young males picked out, without any evidence of having committed a crime. They were detained for months or even years without charge or trial.

In several locations around the city residents tried to help these hungry, thirsty and weak boys and men. As they did so the militia group known as the Civilian Joint Task Force (JTF) and the military arrived and rearrested them. Once back in custody, soldiers shot them in cold blood in the streets, or took them out of town and killed them. The bodies were buried in multiple mass graves.

Despite video and photographic evidence, the dozens of witness accounts collected by Amnesty International and satellite images of possible mass graves, these killings have never been independently investigated. Relatives of the dead have never been officially informed of their fate.

The massacre at Giwa and the failure to hold anyone to account is a stark reminder of the culture of impunity that exists for human rights violations in Nigeria. The horrific acts committed by Boko Haram must end and perpetrators of crimes under international law in its ranks must be punished. But their horrific acts cannot and should not be used to justify the Nigerian military’s unlawful conduct and human rights violations.A report released by Amnesty International last year documented war crimes committed on a mass scale by the Nigerian military. The organisation found that between 2012 and 2014 the military extrajudicially executed at least 1,200 men and boys, and that more than 7,000 people have died in custody since March 2011 as a result of appalling conditions. Detainees described being so desperately thirsty that they drank urine, and watching fellow inmates die after their cells were fumigated with chemicals meant for killing mosquitoes.

After these shocking findings were made public, President Muhammadu Buhari pledged to investigate, saying: “This administration will leave no stone unturned to promote the rule of law, and deal with all cases of human rights abuses.”

Why then have two years passed without answers given to the families of the men and boys murdered at Giwa? Why do war crimes continue to go unpunished?

The question is not one for Nigeria alone.

The International Criminal Court announced in November last year that there is sufficient evidence of crimes within its jurisdiction to warrant investigations. This is Nigeria’s responsibility. However, if the government shows itself to be unwilling or unable to investigate, the ICC must step in.

Nigeria’s international partners also need to consider the consequences of their military support. Many nations, including the UK and the US, provide arms, training and advice to the Nigerian military. Any state which provides such assistance must carry out due diligence to ensure that it does not run an overriding risk of facilitating serious violations of international human rights or humanitarian law. The international community must not overlook these responsibilities.

Amnesty International has repeatedly called on the Nigerian Government to investigate allegations of war crimes, but after nine months in office President Buhari has yet to show any sign that he plans to pay anything more than lip service to these allegations. The perpetrators of massacres — not just at Giwa but at Bama, at Damataru, at Baga, at Potiskum; the list goes on — are still at large.

Meanwhile a lack of urgently needed reform means the Nigerian Army continues to use unjustified lethal force against innocent civilians. From Giwa to Zaria, from the north-east to the south-east, the time has come to break the cycle of impunity that has gripped Nigeria.

To mark the anniversary of this Giwa barracks massacre, Amnesty International campaigners will be gathering outside Nigerian embassies around the world to call for independent investigations and prosecutions.

This call is echoed by the families and relatives of the Giwa 640. Many of them have now come to terms with the fact that their loved ones are dead. What they find harder to accept is not knowing where the bodies of their sons, husbands or fathers are buried and who is responsible for their deaths. DM