Theatre: Bohemian Rhapsody is even odder than the origi...

Theatre: Bohemian Rhapsody is even odder than the original 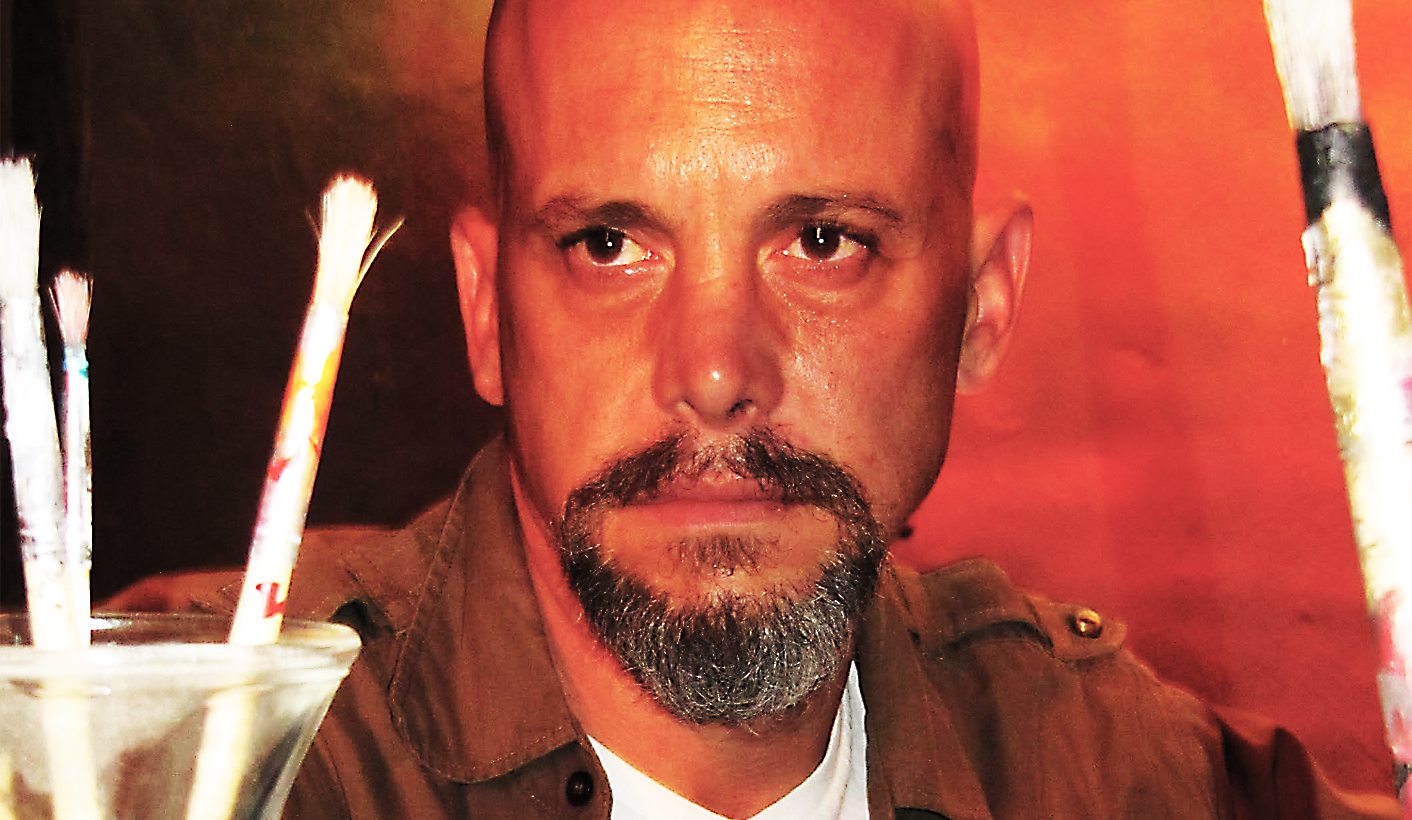 Is this the real life? Is this just fantasy? Caught in a landslide, no escape from reality? Who knows. This play ought to come with a warning in very big letters. By LESLEY STONES.

Despite being called Bohemian Rhapsody, The Untold Story, it’s not about Queen, Freddie Mercury doing the fandango or about music at all.

It’s an often disjointed story about art fraud, going batty in the belfry, battle-scarred parents, religion and paranoia. Pretty much everything except Queen and music, in fact. Yes I know, I was surprised too.

There is a character called Freddie in it, and a brief mention of a Roger, as a Sheffield man living in London talks his way through disjointed memories to verbally draft a final letter to his mother.

It’s the very wordy story of his life, with childhood extracts mixed in with the current escapade that threatens to explode into a death or two.

It’s written and performed by Robert Fridjhon, whose previous one-man shows Twitch and Wild were comedies with a darker streak running through them. Here the darker side has muscled out the comedy almost completely, except for a few puns and a couple of amusing lines.

The publicity blurb does say it’s not a musical or Mercury’s biography, but a gritty thriller that will shatter the enigmatic story and hidden meaning in Queen’s most famous song. Well, actually it won’t.

Fridjhon plays a former teacher turned dropout painter nicknamed Scaramouche, with a great talent for replicating old masters and a penchant for signing them as Figaro. He hooks up with Claire, a mesmerising flea market trader, and is sought out by Tony, a gangster running a nightclub called Bismillah.

Words and phrases from the Bohemian Rhapsody lyrics are sprinkled around, so you pick up on a reference and nod wisely thinking we’re getting somewhere now, except we aren’t.

At times it’s repetitive, and often intentionally so as he keeps revisiting Tony the gangster. That’s a technique Fridjhon has carried over from Wild, where his character keeps rewinding the story to put a different spin on the retelling.

I found it a fascinating intellectual and experimental exercise, but not great entertainment. I scribbled the word “overblown” as an onslaught of information, thoughts and actions flew from the stage.

My friend found himself drifting away from the plot and wondering if anyone would notice if he fell asleep. Flummoxed is probably a fair assessment of our combined response.

It’s directed by Alan Swerdlow, with the stage set and lighting by Swerdlow and Francois van der Hoven. They’re suitably dramatic, with an attic of jumbled junk and furniture strewn beneath a dangling skylight and a cathedral window overlooking a permanent sunset.

There’s no question that Fridjhon is an excellent actor who summons up diverse characters with aplomb, but the plot is so intense that you end up admiring his memory more than the performance or the play itself.

Creating a story to explain a song that we all sing without having a clue what we’re singing about is a very clever idea, but this script doesn’t even explain itself.

Perhaps it’s meant to be as enigmatic as the original lyrics, but at some stage, Fridjhon should have stood back with fresh eyes and considered it through the dumbfounded eyes of his audience. DM