Bookboon+: Free is the new black 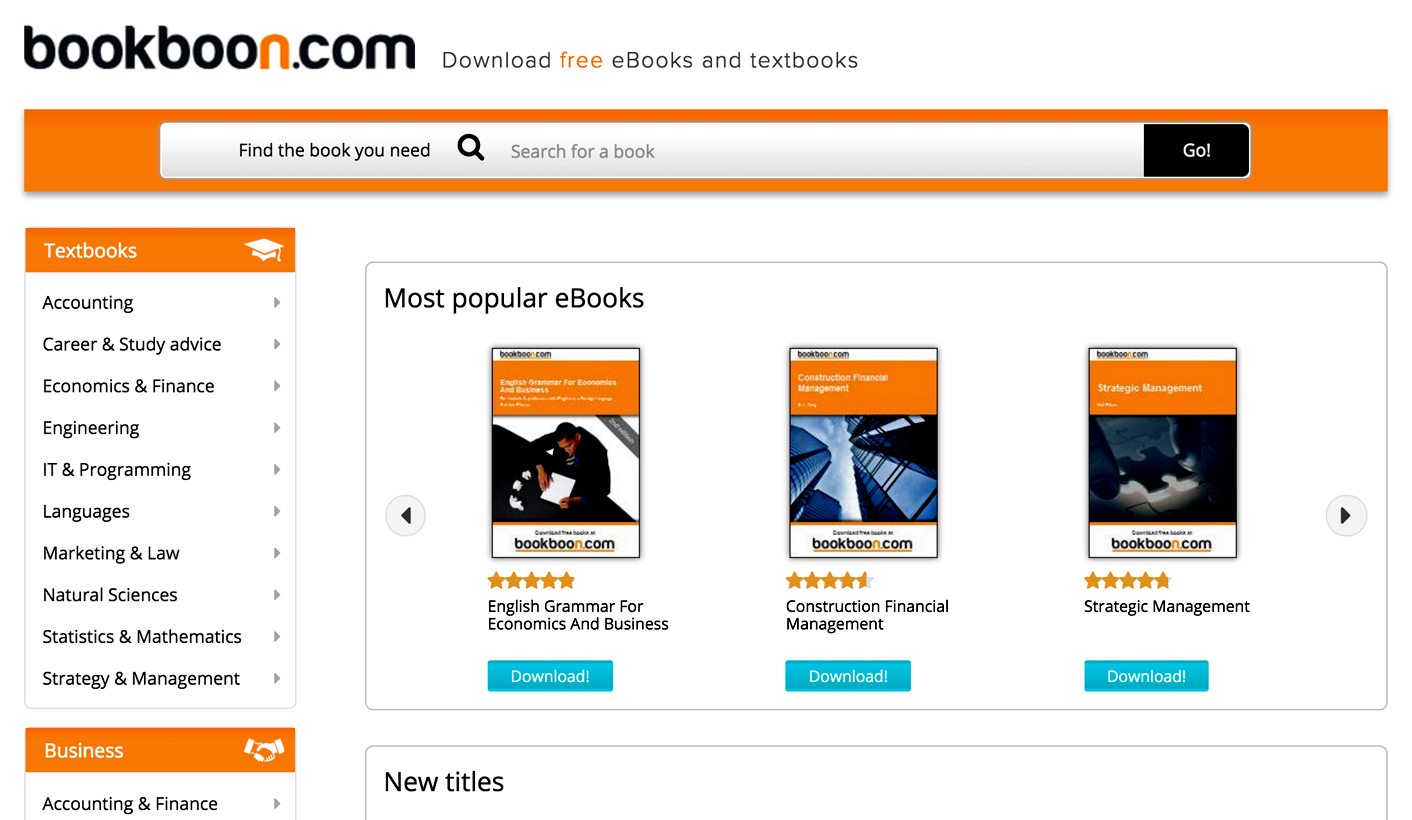 In the shadow of student protests across South Africa, funding remains the central question. Even if free education becomes a reality, there will still be hidden costs: living expenses, stationery, photocopies, and perhaps the greatest hidden expense — textbooks. If the numbers are anything to go by, e-publishing is providing a valuable alternative for cash-strapped students. One publisher in particular has succeeded in distributing textbooks for free. By MARELISE VAN DER MERWE.

Nelson Mandela said education was the most powerful weapon with which one could change the world, and for those at the helm of the Bookboon+ network, these are words to live by. James van der Westhuizen, country manager for Bookboon in South Africa, puts it this way: “Our students understand that at a time when they are most vulnerable, they have access to 1,600 world-class books, 100% for free. We often have wonderful anecdotal stories of students thanking us for what we do.”

Bookboon has been distributing in South Africa for some time, but the publishing network only officially launches in any country once it already has a reasonably active readership. It really gained traction alongside #FeesMustFall, developing at speed alongside corporate and academic awareness of the issues students faced.

Last year, Bookboon distributed nearly 5 million books just to South African students, says Brian Lindskov Andersen, strategic analyst to the CEO at Bookboon’s headquarters in London. Nearly a million books were downloaded and another 700,000-odd by non-students, with an average of five printouts per download. According to feedback from users, the multiple printouts are partly because updated versions of the books are made available, but mostly because registered users print multiple copies of the books to distribute to peers. About 70% of readers in the student population received those books because they were prescribed.

“It’s quite impressive that there are so many professors who, rather than prescribing their own textbooks and receiving that passive income, would prescribe Bookboon books, saving the average student R10,000 or R11,000 per year,” says Van der Westhuizen. (Daily Maverick’s research revealed that this could even be an underestimate: UCT, for example, warns students to budget R7,000 per semester for books and stationery.)

Globally, support for Bookboon is on the rise too. Currently, there are about 300,000 professors worldwide who are in some way affiliated with Bookboon, either by writing textbooks for the e-publisher, or by prescribing Bookboon books. In South Africa, Bookboon has about 3,300 professors in its network.

“For writing, we try to select the best academics in the world,” says Van der Westhuizen. “We can do this because all of our books are in the hard sciences, and are globally applicable, so we have the space to approach the best — whether they are in India, South Africa or the USA.”

Here’s how it works. Bookboon essentially functions like any other publisher, having a list of affiliated writers (Van der Westhuizen says they are approached by academics wishing to write for them, because Bookboon guarantees such a wide readership). The writers are also paid like any other professional would be. The difference is the funding model.

“Corporates basically act as advertisers in the books,” explains Van der Westhuizen. “Every five pages there is a half-page advert by a corporation, normally to attract talent branding. That is how we fund the acquisition of the book. It’s absolutely a win-win situation.” This also ensures a certain cross-pollination of industries, he explains — for example, banking clients may need engineers for their changing needs, something students may not be aware of, and it’s simpler to advertise via Bookboon than to advertise on campuses with paper flyers and posters.

According to a statement by Bookboon, 40 top local business leaders will be involved in South Africa, with media personality Jenny Crwys Williams leading the charge. “The network will ensure that South African students and self-starting entrepreneurs get … world-class textbooks free in 2016, focused on the core skills we need right now — engineering, IT, business and finance,” reads the statement.

“Once the network is up and running, each business leader would be able to say that s/he has sponsored well over 5-million books for students and entrepreneurs at less than R2 a book. Collectively the network will save our students & entrepreneurs over R2-billion in textbook costs in 2016.”

“We give corporates very good feedback about how their brand is perceived. Because of the high level of loyalty from our users, we have a very high participation rate in our focus groups,” Van der Westhuizen says. Participation rates by textbook users typically range from 70–80% and offer in-depth and highly targeted data.

It’s perhaps a wise model for other e-book publishers to adopt. Late last year, the New York Times reported on the declining sales of e-books in the US as reviewed by the American Association of Publishers, prompting a further analysis in Fortune.com on the possible reasons.

“A recent piece in the New York Times about a decline in e-book sales had more than a whiff of anti-digital Schadenfreude about it,” wrote Mathew Ingram. “Are e-book sales as a whole dropping, or just the sales of the publishers who are members of the AAP? And isn’t a drop in sales a natural outcome of the publishers’ move to keep e-book prices high?” Both are true, argued Ingram, something echoed by Van der Westhuizen. Publishers have been charging too much for e-books and now the chickens are coming home to roost, he believes.

Ethically, it’s not acceptable for publishers to engage directly with universities, but professors may engage with publishers, allowing Bookboon to expand its network via individual lecturers.

Because Bookboon supplies books globally, it is currently only producing material that is globally applicable — that is, in the fields of Finance, IT and Tech and Engineering. The most popular books are in the area of business: how to start a business plan, how to write a CV, how to use Microsoft Office, for example. Over 2-million books on business skills alone are distributed in Nigeria each month.

Books are updated at least once a year or more often, if errors are discovered or new information comes to light. Students and professors in the network will then be notified that an update is available. All authors are contractually obliged to review their books annually.

It’s not just students buying into the Bookboon model. The business population in South Africa is responsible for about 630,000 downloads and another 1.2-million printouts, bringing the total circulation to around 5 to 6-million books per year. Globally, Bookboon distributes approximately 75-million free books per year.

Globally, not just in South Africa, the primary reason for students dropping out of tertiary education is financial pressure. Closer to home, #FeesMustFall has highlighted the desperate pressure that many students find themselves under. Finance Minister Pravin Gordhan announced the aim to offer an additional R16-billion to higher education over the next three years, starting with R5.7-billion in the coming year, but this was not guaranteed and not a cure-all.

“Many students going to university have made plans around their fees and accommodation but our anecdotal evidence suggests that a number end up struggling because they have not budgeted for the exorbitant cost of textbooks,” says Van der Westhuizen. Photocopies are not a solution either; there are legal and cost constraints.

Given South Africa’s poverty statistics, it’s probably a reality that the #MustFall generation is here to stay. Some 60% of black African workers earn less than R4,125 in South Africa, making it impossible to afford basic necessities, let alone university fees that can cost easily R40,000 before books or accommodation have entered the picture.

“We have been trapped in a situation where we view education as a tangible commodity that can be sold,” says Van der Westhuizen. “We think we have five pencils, now we can sell three and we have two — or whatever the case may be. But knowledge is not like that, it does not work like that.

“We have so many corporates who are floundering in this crisis, saying ‘How do I engage with this? How do I reach this #MustFall generation? There’s a big push from our side, saying: ‘If you’re a corporate executive, get involved, stake your claim and do something.’ I can’t think of a cleaner way to invest in education.” DM