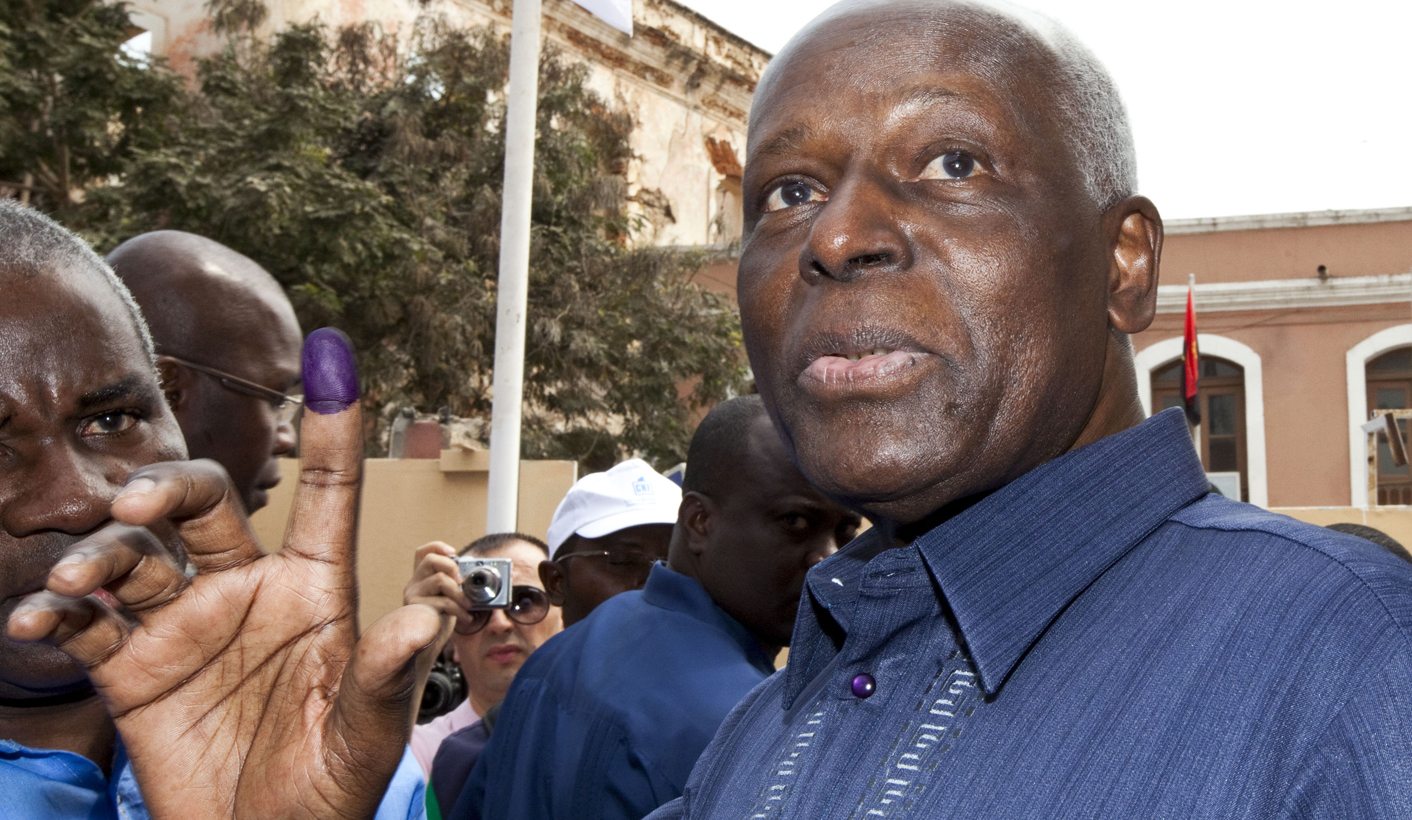 In Angola, President Jose Eduardo Dos Santos said he will be stepping down from office in 2018. A momentous announcement, if about three decades too late. But should we believe him? And will a new face in Luanda’s presidential palace make any difference? SIMON ALLISON explains why Dos Santos probably doesn’t deserve the benefit of the doubt.

On Friday, after 37 years in power, Angola’s President Jose Eduardo dos Santos announced that he would be stepping down in 2018.

“I took the decision to leave and end my political life in 2018,” he told a meeting of the ruling party, the People’s Movement for the Liberation of Angola (MPLA). The announcement was not expected, and Dos Santos gave no reason for his decision.

On the face of it, this is a momentous moment in Angola’s — indeed Africa’s — postcolonial history. There are few leaders of Dos Santos’ longevity that have stepped down voluntarily (this is true anywhere in the world — just ask the Queen of England), and he could show other would-be presidents-for-life that it is possible to depart voluntarily from the presidential palace.

But this is Angola, and this is Dos Santos, who has done little in his decades-long reign to earn the benefit of the doubt.

Most reactions to the news have been cynical — and with plenty of justification. This is not the first time Dos Santos has announced his departure from the political stage, only to renege at a later date. Most notably, in 2001 the president promised not to stand in the next presidential elections, only for elections to be delayed until 2008, by which time Dos Santos had conveniently forgotten his earlier pronouncement.

There are also questions about the timing of Dos Santos’s announcement, which comes in the midst of an economic crisis precipitated by the low price of oil. The crisis is an indictment of the Dos Santos leadership: he bears ultimate responsibility for the fact that Angola has utterly failed to convert its enormous oil wealth into meaningful development or even a diversified economy.

Then there’s the big succession question: if not Dos Santos, then who? There is no obvious candidate to fill Dos Santos’s ageing boots, although Vice-President Manuel Vicente and Dos Santos’s son Jose Filomeno are likely contenders. Neither is likely to usher in dramatic change — at least not of their own volition.

“None of these people will find favour with an increasingly restless public, or with MPLA old-timers, who will resent a political newcomer being appointed simply because of connections with the veteran leader. So two years hence, the president might again present himself as the least bad option. But, at age 73, he must know the question cannot be put off forever,” said Angola expert Justin Pearce, speaking to the BBC.

Angola’s main opposition, the National Union for the Total Independence of Angola (Unita), is just as sceptical. “We don’t believe it because it is not the first time he says that…. He is still there, so let us wait and see. On the other side, it’s true Mr Dos Santos is tired because he has been in power for [37] years and it’s quite a lot of time,” spokesperson Alcides Sakala told VOA.

If Dos Santos does remain true to his word, however, his departure will have significant ramifications for Angola.

Key to Dos Santos’ regime has been his skilful manipulation of friend and foe alike, which has enabled him to rule Angola at great personal profit for himself and his family. But any successor will struggle to match his political savvy, greatly increasing the potential for upheaval within the ruling elite.

The identity of Dos Santos’s anointed successor is also key. Dos Santos would be wise to recall the example of Egypt’s Hosni Mubarak, whose blatant grooming of his son Gamal Mubarak for the presidency played a major role in creating the social unrest which led to the Egyptian Revolution.

Not that stage-managed successions have to be a backward step. Sometimes, changing up the status quo forces a rethink from within the political establishment that can pave the way for reform, like in Cuba, where Raul Castro’s economic policies are markedly more open than his brother Fidel’s ever were, despite being rooted in the same orthodoxy.

At this point, however, such a positive outcome seems unlikely. Angola is still very much Dos Santos’s baby, and it would be foolish to rely on any kind of leadership change until he has actually been escorted out of the presidential palace — voluntarily or otherwise. DM