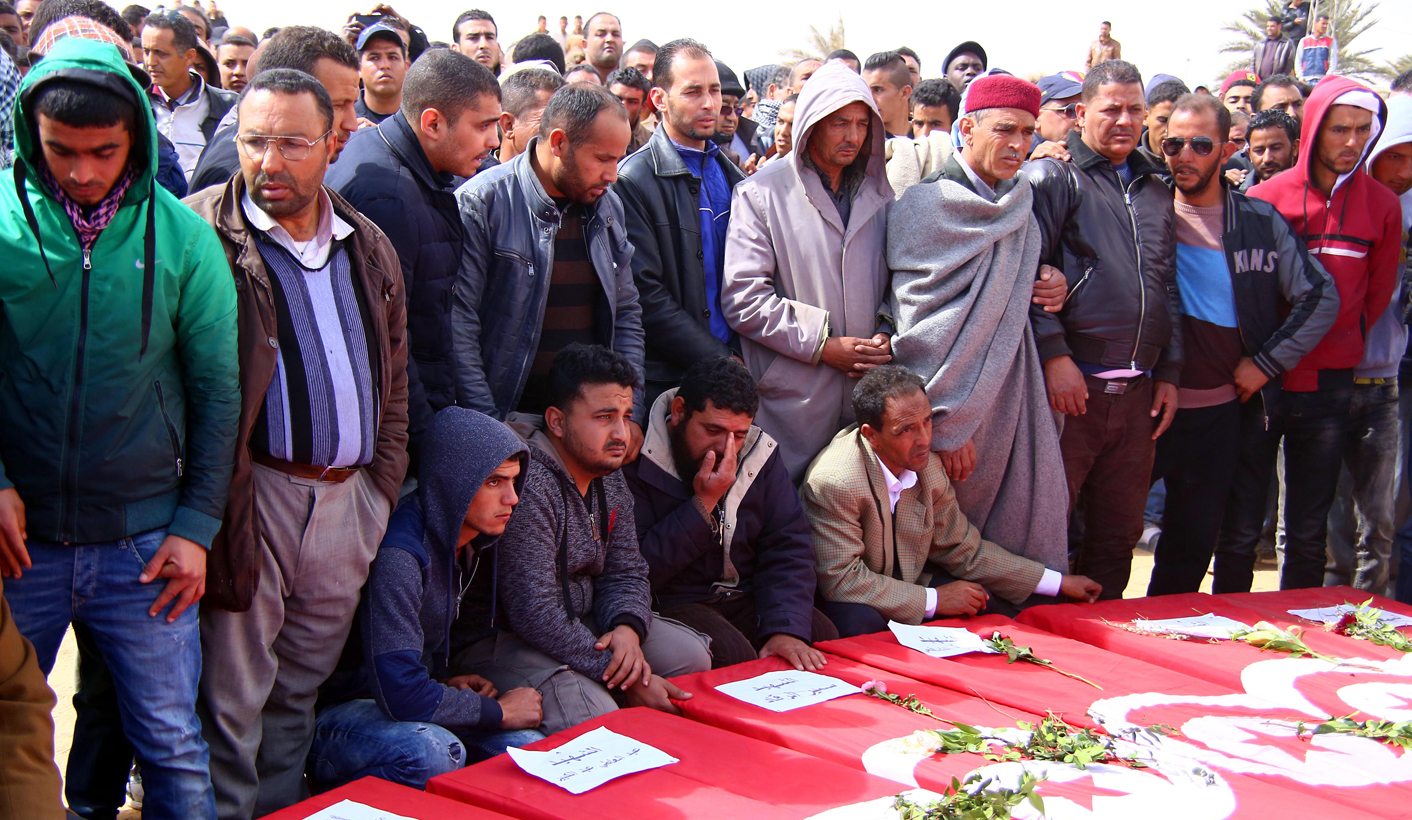 The Islamic State (IS) attack into the heart of the south-eastern Tunisian city of Ben Guerdane opens up a new zone of conflict. This alarming spill-over from Libya 30km away requires a fresh response from Tunisia’s political elite, still struggling to steady the country after three major terrorist attacks last year. By MICHAEL AYARI for the INTERNATIONAL CRISIS GROUP.

This feature was first published by the International Crisis Group.

Beginning at dawn on 7 March, dozens of IS fighters stormed into the city of Ben Guerdane and attempted to overwhelm its key security installations. They were countered by virtually all regular and specialised units of the police, National Guard and army. Several hundred troops surrounded the city, taking up positions to defend targeted buildings and scouring neighbourhoods for the assailants.

The death toll was heavy: 36 jihadis, eleven members of the security forces and seven civilians were killed. Although the attack has not been officially claimed by IS yet, it is likely linked to the 19 February US airstrike on an IS camp 170km away in Sabratha, in north west Libya, that killed over 40 alleged members of the group, mostly Tunisians.

The Ben Guerdane attack was repulsed by security forces but marks a new departure. It is unprecedented since the “Gafsa coup” of 27 January 1980, when a raiding party armed by Libya and supported by Algerian military intelligence took control of the central Tunisian city of Gafsa and called for a popular revolt. Tunisia should expect further attacks and prepare to mitigate their impact by bearing in mind seven key points:

It was a simultaneous assault on an army barracks, the local headquarters of the National Guard and the city’s police station, accompanied by three targeted assassinations of a customs officer, a police officer and a member of the counter-terrorism unit of the National Guard. It was an attempt at a local insurrection, coordinated by some 50 members of IS sleeper cells in Ben Guerdane. The term “terrorist” would obscure the political objectives of the assault: win the support a part of the city’s notoriously rebellious population by inciting an insurrection even as it takes military control of the city. IS broadcast a revolutionary jihadi message from mosque speakers at dawn and attempted to distribute weapons. In this respect, this week’s attack resembles the events of Gafsa in 1980.

On this occasion, IS forces were insufficiently numerous and made tactical errors despite their knowledge of the terrain. But Tunisia’s armed forces will not always have a numerical advantage. Tunisia’s army, National Guard and police should redouble their vigilance and rapidly draw operational and strategic lessons. A few kilometres from Ben Guerdane, Zarsis, a nexus of illegal migration towards Europe, or Djerba, a touristic hub and centre of Tunisia’s Jewish community, could be targeted. In the west of the country, jihadis operating in the forested mountains along the border with Algeria could take advantage of any new crisis to attack nearby Kasserine or reach as far as central Sidi Bouzid.

The attempted insurrection in Ben Guerdane is not just a Tunisian-Libyan affair, but a regional problem that demands a regional response – in particular a significant reinforcement of Tunisian-Algerian political and security cooperation. The mental geography espoused by IS does not adhere to the borders established in North Africa in the twentieth century. Experts on the group say IS members dream of re-establishing the historic borders of the Aghabid dynasty (800-901), which ruled a semi-independent emirate roughly based on the ancient Roman province of Africa Proconsularis, including Tripolitania (western Libya), most of modern day Tunisia and the eastern half of Algeria. In this vision, Ben Guerdane is a strategic nexus point of a “liberated” zone that would tie south-eastern Tunisia to western Libya. The city’s business life has long been dominated by a parallel economy based on an informal foreign currency exchange market and smuggling; it could become a convergence point between jihadis and regional criminal networks.

Tunisia’s political class and its media must absolutely avoid any attempt to take advantage of the attack to settle scores or revive the Islamist-secularist divide. A calm examination of facts is necessary, not polemics.

A new national discourse is needed to address regional and social divides, particularly a sentiment of historical exclusion in the south of the country. The attacks over the past year – on the Bardo Museum in Tunis in March, a tourist resort in Sousse in June, and the presidential guard in November – have weakened the old discourse of “national unity” advanced by the political class. Tunisia will have to do more to preserve the culture of compromise and civil society inclusion in 2013-14 that helped political activists of the Tunisian National Dialogue Quartet win the 2015 Nobel Peace Prize.

This will be necessary when questioning Ben Guerdane residents who may have lent logistic or other support to the IS raiding party. The scale of the attack means they could number in the hundreds. A wave of mass and indiscriminate arrests accompanied by police brutality could polarise families, feed into residents’ frustrations, and increase support for IS in the future.

The Tunisia-Libya border cannot be secured without the close collaboration of the local population, especially the smuggling cartels operating in the area. Trying to combat these at the same time as jihadis would dissipate energy and likely feed local resentment of the state, since so much of the local economy depends on this smuggling. In order to secure their cooperation, Crisis Group has argued that the government should consider the creation of free trade zones at the border that would legitimise at least part of the border trade. DM

Photo: Tunisian mourners stand near the flag-drapped coffins of the soldiers killed in clashes with militants near the border with Libya, in the town of Ben Gardane, Tunisia, 09 March 2016. Twelve members of the security forces and seven civilians were killed in clashes that started on 07 March with insurgents in the southern city of Ben Gardane. A total of 36 militants were also killed in the fighting. EPA/STRINGER