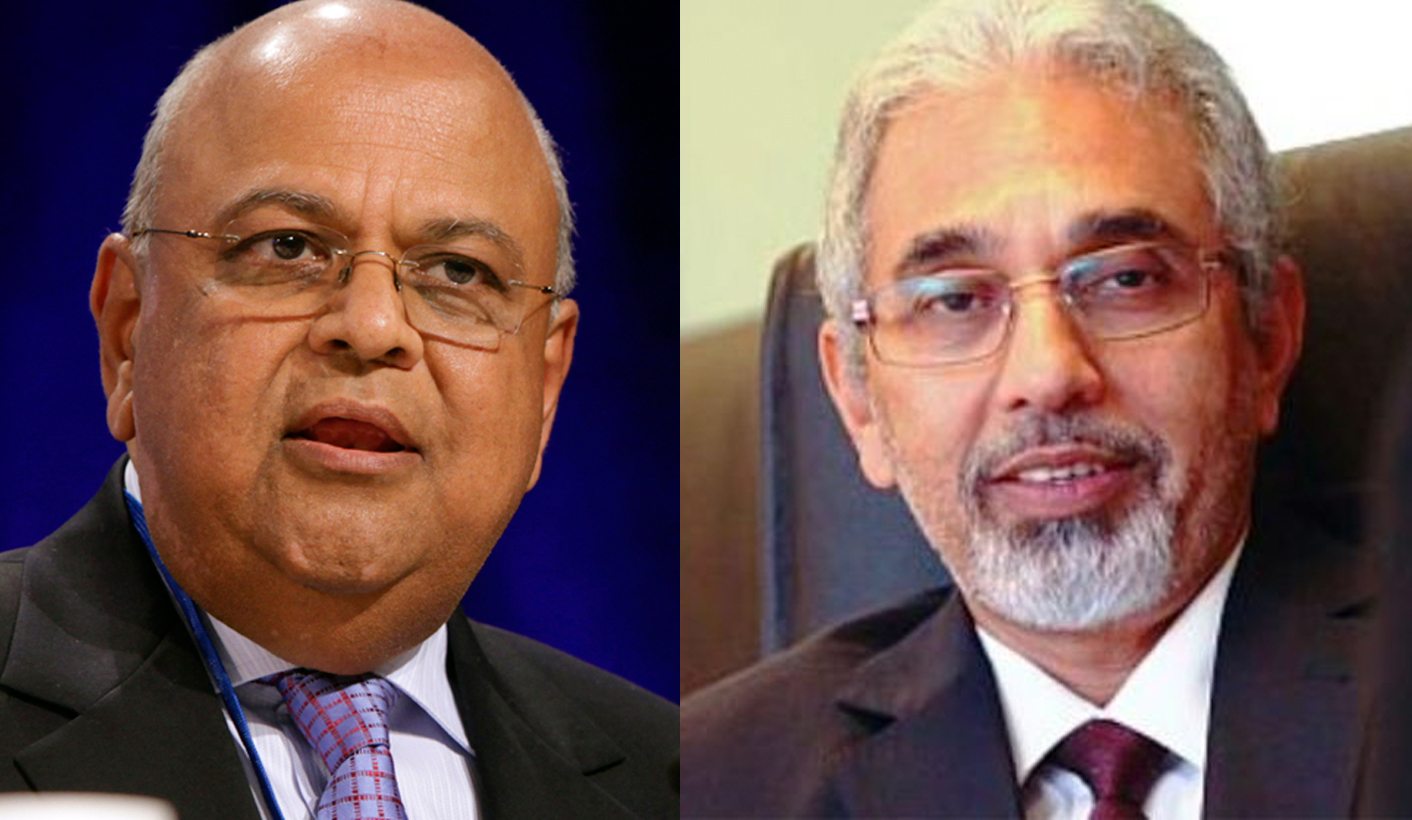 The Dutch Anti-Apartheid Movement (AABN), formed in 1971, played a key role along with the British Anti-Apartheid movement in supporting ANC operatives in exile and highlighting human rights and other abuses in apartheid South Africa. In an unprecedented move move on Monday, former members of the once influential AABN sent an open letter to the ANC protesting against “state capture” and expressing “grave concern” with regard to the Hawks investigation of Finance Minister Pravin Gordhan and former SARS acting commissioner Ivan Pillay. By MARIANNE THAMM.

When Finance Minister Trevor Manuel first appointed Pravin Gordhan as Deputy Commissioner of SARS in 1998 under then Commissioner Trevor van Heerden, he was viewed with intense suspicion and contempt by the old guard.

So much so, wrote Muzi Kuzwayo in There’s A Tsotsi in the Boardroom — Winning in a Hostile World (Jacana) that Gordhan found himself without an office and was offered a desk somewhere near the secretaries.

At the time, a media release from the Ministry of Finance read: “Mr Gordhan will work with the Commissioner of SARS, Mr Trevor van Heerden, in developing and implementing the policy and framework within which SARS operates. The Deputy Commissioner will have specific responsibility for the management of the organisation, through the establishment of effective corporate services. The following divisions of SARS will report to Mr Gordhan: Business Systems; Information Technology; Human Resources; Financial Services, and Communication and Client Services. Mr Gordhan will also have responsibility for the Management of Change programme for the whole organisation.”

Gordhan, wrote Kuzwayo, was viewed back then as “a threat and not an ally. He was, after all, the ANC man who had been sent to spy on them and possibly replace them in the near future.”

Soon after Van Heerden left, Gordhan was appointed commissioner and embarked on an extensive transformation programme called Siyakha (we are building). In the years that followed Gordhan turned SARS into one of the most effective post-apartheid government agencies, driving a renaissance and, according to Raymond Parsons, “forging a strong team culture which stretched from the finance minister to the most junior official”.

The old guard viewed Gordhan with such suspicion not only because he was a senior member of the SACP but because he was part of Operation Vula — a covert ANC operation launched in 1986 (and which really came to fruition in 1988) — which was an attempt to infiltrate high-ranking members of the ANC’s NEC as well as its political military council into South Africa. The aim as to open a communication network between ANC leaders in exile, those in prison and anti-apartheid activists in the country as well as smuggle arms into the country.

Four years later, in 1990, the ANC was unbanned but Operation Vula continued as a sort of a guarantee should the apartheid government renege on negotiations with the liberation movement. It was an operation under the direct command of Oliver Tambo, assisted by Joe Slovo. As head of ANC intelligence, Jacob Zuma too was aware of the operation from its inception.

And while all of this might have happened in another time and in another place, the reverberations of the convoluted relationships forged during Operation Vula continue to echo loudly through the current political landscape both during Thabo Mbeki’s incumbency (with regard to the arms deal) and now more starkly during Jacob Zuma’s presidency (with regard to a smörgåsbord of scandals including Shabir Shaik as well as Zuma’s former spin doctor Mac Maharaj).

Between 70 and 80 members of the Anti-Apartheid Beweging Nederland were intimately involved in Operation Vula either in South Africa or in the frontline states. The movement, established in 1971, played a significant international role, along with the British Anti-Apartheid movement, in highlighting human rights and other abuses in South Africa as well as organising cultural, economic and sports boycotts which helped to contribute to the demise of apartheid.

Conny Braam, erstwhile president of the AABN, was a key player in Operation Vula and faced considerable risks assisting ANC operatives in a number of ways. Braam documented the role of AABN members in her 2004 memoir Operation Vula (Jacana). The operation consumed five years of Braam’s life during which she dodged several attempts to assassinate her.

Braam spent many nights in her Amsterdam home or in London meeting with many high-ranking ANC leaders in exile I,ncluding Tambo, Yusuf Dadoo, Slovo, Thabo Mbeki, Ronnie Kasrils and many other then leading lights in the struggle.

“They used to come and sleep on my couch and they would stay there for days,” Braam told Daily Maverick.

On Monday, in a move unprecedented since the end of apartheid in 1994, former members of the AABN sent an open letter addressed to ANC Secretary-General Gwede Mantashe and his deputy Jesse Duarte. In the letter the AABN offers its unequivocal support for Gordhan and Pillay, a significant international response to what is essentially a local crisis of government.

“We were driven by a conviction that building solidarity with the struggle against the evils of racism, humiliation and destruction of human capital would help bring a new South Africa to life, as an inspiration to all worldwide who share the ideals of freedom, equality and justice. Today, it is exactly that conviction that prompts us to speak out in support of many South Africans who raise their voices against state capture and the defilement of our shared ideals”.

The authors state their “grave concern about recent police and other official investigations into some of our comrades” and remind Mantashe and Duarte of the AABN’s interactions with “Pillay and so many others who were engaged in the struggle for liberation, Umkhonto we Sizwe, Operation Vula, Radio Freedom, Medu and the Solomon Mahlangu Freedom College. “

“Ivan Pillay is known to us as a courageous freedom fighter who risked his life for years in the forward areas of the struggle. We also fondly remember other, equally courageous, women and men of integrity like Pravin Gordhan and many more.”

The AABN letter states that it is aware “that institutions such as the Treasury and the South African Revenue Services (SARS) were shining examples of good governance. SARS has over the years been a generator of resources needed for the transformation of South Africa into the country as pursued in the ANC’s Freedom Charter: a place ‘for everyone who lives in it’, with rights, opportunities and education for all, bridging the gap between haves and have-nots in realising a better life for all.”

Braam told Daily Maverick on Monday that former members felt “a deep need to give a signal” and that it was indeed the first time since 1994 that “we publicly take a stand in a South African question”.

The letter to the ANC brings with it a tragic sense of déjà vu or of having come full circle — of former AABN members speaking out 22 years after the end of apartheid and Gordhan today being viewed by a new guard with the same suspicion and contempt once held by the old. Today Gordhan is also viewed by those close to SARS Commissioner Tom Moyane and President Zuma as “a threat and not an ally”, just like the bad old days. DM