Silicosis compensation: A triumph for justice — but now for the bigger fight 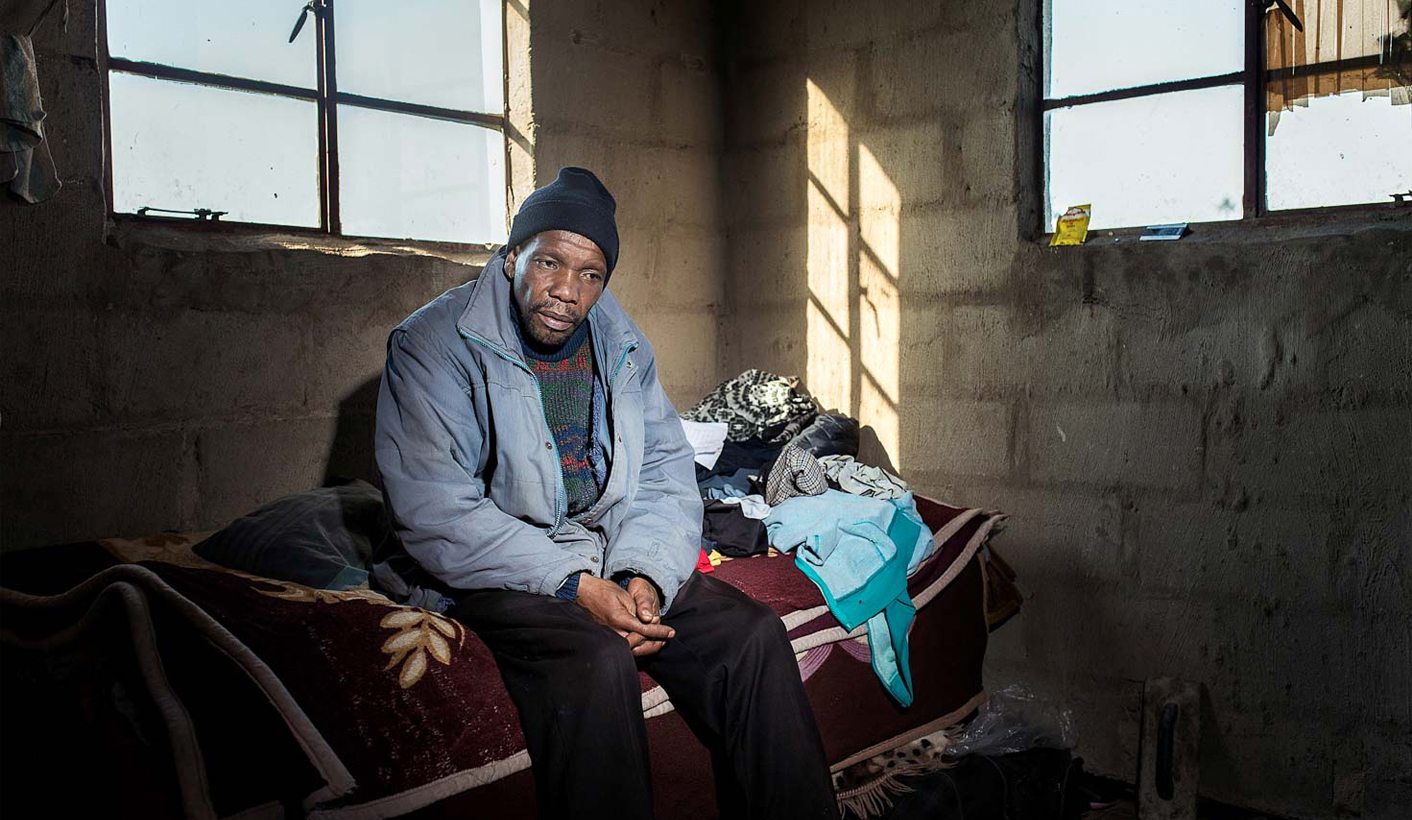 Last week Anglo American South Africa and AngloGold Ashanti announced they had settled thousands of silicosis claims worth R464-million, affecting up to 4,365 mineworkers. For those miners, the agreement is welcome. For thousands of others still fighting for compensation, it’s a positive step in their journey. By GREG NICOLSON.

Following their defeat in the UK courts, British firm Leigh Day and local attorney Zanele Mbuyisa, from Mbuyisa Neale Attorneys, in 2012 started to test the courts in South Africa for silicosis-related compensation claims for 4,365 mineworkers against both Anglo American SA and AngloGold Ashanti.

The case was set for arbitration in April, but last week the mining companies announced they had reached an out-of-court settlement worth up to R464-million. For the miners, whose legal battle began essentially in 2004, the agreement is a relief. But for many others, still pushing cases against the large gold producers, it’s only a positive indicator of things to come.

The R464-million will be paid into an independent trust which will determine the medical and other eligibility details of the claimants for compensation. This means those 4,365 miners must first prove their circumstances to receive compensation.

“We have sympathy for all miners who have contracted silicosis and believe that the agreement to settle this litigation is in the best interests of the plaintiffs, their families, [Anglo American SA] and its wider stakeholders. As [Anglo American SA], we continue to work with industry, government and civil society to tackle the many challenges of primary and occupational healthcare in South Africa. Our collective objective is to significantly improve the access and quality of care available to South Africans as well as ensuring a healthy and safe working environment for all our employees,” said Andile Sangqu, executive head of Anglo American SA.

Richard Meeran, representing law firm Leigh Day for the workers, called it a triumph for justice. “It will bring much needed financial relief to the victims and their families. This settlement scheme provides a model and, we hope, the necessary impetus for an industry-wide settlement for all gold mining silicosis victims,” he said.

After a press conference on Saturday, City Press quoted miner Benson Qubeka: “We never expected to win this battle because it had taken us years and many of my peers died before they could see the conclusion.” He said the money would help him build a house and provide for his children’s future.

“Based on the evidence amassed and the powerful support from an array of eminent experts we were confident of winning. However, continuing with the litigation, rather than settling, would have meant a further substantial delay in receipt of compensation, which the claimants and their families cannot afford,” said the claimants’ lawyer, Zanele Mbuyisa.

The latest victory for mineworkers demanding compensation for being exposed to silica dust, however, is just one step in the broader battle.

Tens of thousands of mineworkers and former mineworkers have approached the Johannesburg High Court and are waiting to see if their class action against 32 gold mining companies can go ahead.

The mining companies in the recent settlement did not admit liability, and details of the settlement remain confidential. Alan Fine, from Russell and Associates, who was speaking for a number of the gold producers named in the class action, said the “settlement is not connected to the class certification case at all. It was a separate action brought by different lawyers.”

Noting the ongoing industry working group to address occupational lung disease, he said government and mining companies continue to work on improving existing compensation schemes, which are already in place to compensate workers but have largely been ineffective. Dialogue with claimants’ lawyers to establish a legacy fund continues, he said.

Georgina Jephson, an attorney from Richard Spoor Attorneys, which is leading the class action case, said they are still waiting to hear whether the class will be certified, but no one yet knows when the High Court will make its decision.

“We haven’t made any further progress with settling our case but the settlement with AngloGold Ashanti and Anglo American SA is a positive step for us — it shows that the companies want to settle. We still aim to achieve fair compensation for all former mineworkers with silicosis, not just a select few, as has been done with this latest settlement,” she said.

John Stephens, from Secton27, which joined the class action case as friends of the court, said, “This is an extremely important settlement and we congratulate the mineworkers who have finally secured justice. The details of the settlement are confidential and it’s therefore not possible to comment on the content or take a view as to whether it could serve as a model for other cases.

“We hope that any settlement in the larger class action brought by Spoor, Abrahams and the Legal Resources Clinic will be transparent, as that case is important for the whole country, both from a justice and legacy perspective as well as a public health perspective.”

Both the recent settlment and the potential class action are essentially about mineworkers and their families.

Thom Pierce, a photographer who has worked extensively on documenting the issues, said on Sunday, “Many of the miners had been working for up to 35 years in a job that ultimately made them sick. The sickness meant that they were no longer employable in that industry and the skills that they had developed, after being denied a formal education, were of no use in any other job.

“Now they are in their 50s, have no education, no way of making money and they are sick — so sick that they cannot walk 100 metres without stopping to catch their breath. When you look at it like that, how could they not deserve compensation?
“In my experience, most people just want to be able to put food on the table and pay for their children to get a good education. That is what compensation means to them, it means their kids getting the opportunities that they were denied.” DM

Photo: Nanabezi Mgoduswa at his home in Bizana, Eastern Cape. Mgoduswa worked on the mines for 14 years and has silicosis and drug-resistant tuberculosis. He has received no compensation. Photograph by Thom Pierce.