Budget’s battle of the bulge: How sweet is SA’s sugar tax? 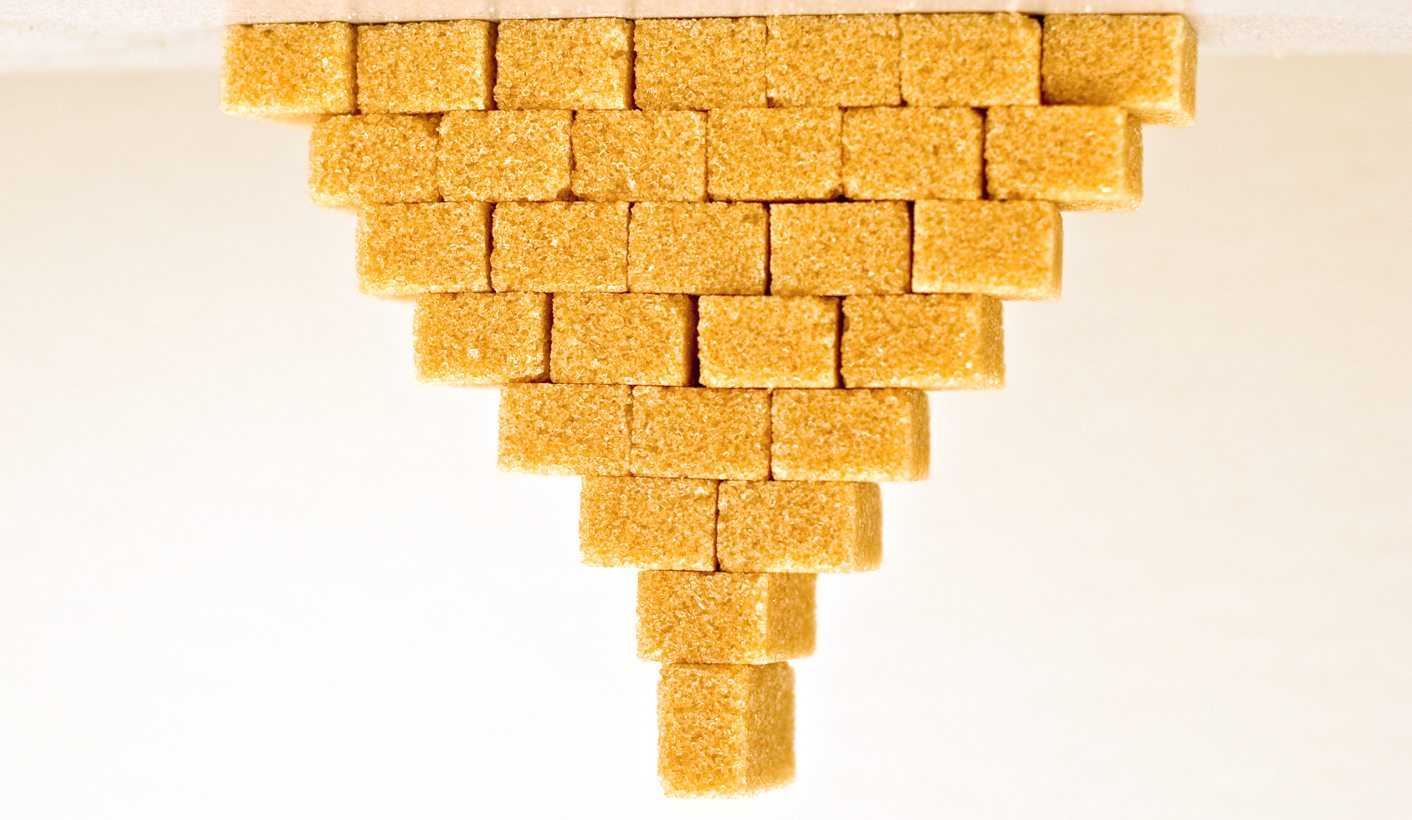 Coca-Cola lovers have just over a year to get their sugary fixes before South Africa’s tax on sweet beverages — the “sugar tax” — comes into effect in April 2017. Responses to Gordhan’s announcement of this obesity-battling strategy have been predictably mixed, with critics claiming that the tax won’t have any impact on sugar consumption, that it discriminates against the poor and that it will lead to job losses. But these critiques aren’t supported by the stats. By ANDREA TEAGLE.

As South Africa starts to get a grip on communicable diseases such as HIV/Aids, death rates are buoyed by a steady swell in noncommunicable or lifestyle diseases. Pushing this trend is a shift towards westernised fast foods high in calories and low in nutrients. We see the stats around us: one in four South Africans is obese, according to World Health Organisation (WHO) crude estimates for 2014. Coupled with obesity, and often disguised by it, is prevalent undernourishment.

Meanwhile, diabetes, in many instances preventable, came in as the second leading cause of death for South Africans aged 15-49 in 2011. By 2030, Priceless SA projects that adult diabetes will bump up healthcare costs by between $1-billion and $2-billion. The question is, how much of South Africa’s obesity and diabetes crisis is driven by — and how much of it can be fixed by taxing — sugary beverages?

It’s part of the solution, argues Professor Harry Dugmore of Rhodes University’s Centre for Health Journalism. “There’s good evidence that this single intervention can be very powerful. A tax around the 20% margin would have real effect on the diabetes epidemic in South Africa – there’s no doubt.”

Critics of the tax are quick to point out that there are hidden sugars in almost all processed foods. But fizzy drinks are among the worst culprits: a single fizzy drink contains about 10 teaspoons of free sugars. The World Health Organisation (WHO) recommends that added sugar be limited to 5% of daily calorie intake, where possible. For adults with normal BMI (body mass indexes), this amounts to a maximum of six teaspoons of free sugars — one fizzy drink and you’re already well over the threshold. In urban South Africa, fizzy drinks alone account for 10.3% of daily calorie intake — just a little behind Mexico (12%), which holds the unenviable title of the country with the highest death rate linked to sugary beverages in the world.

In a 2015 study published in the British Medical Journal, a team of Cambridge researchers explored the link between type 2 diabetes and regular cold drink consumption. Analysing data from 17 observational studies (including 310,819 cases of type 2 diabetes), they found that risk for type 2 diabetes increased by 18% for each additional sugary beverage consumed daily, regardless of weight. An earlier 2010 meta-analysis estimated that individuals consuming 1-2 cold drinks a day faced a 26% higher risk for type 2 diabetes than those who didn’t. (It’s important to note, though, that because the data is observational, such associations cannot conclusively be said to be causal.)

In South Africa, consumption of fizzy drinks is on the rise: unchecked, we’re looking at a 1.2% increase in sales growth of sugary beverages. It doesn’t help that fizzy drink multinationals openly aim to offset declining sales by targeting developing countries: The Guardian reported in 2011 that brewer SABMiller aimed to double consumption of Coca-Cola in South African townships. Aggressive marketing unchecked by educational campaigns mean that cold drinks and accompanying branding are an integrated, apparently benign and very visible part of everyday life. This is why objections to the tax on the grounds that people should be left to make their own decisions miss the mark. Many consumers do not have the means to make and carry out informed choices. And the consequences of unhealthy lifestyle decisions are largely borne by the state in the form of higher healthcare costs – some of which could be offset by taxes.

In 2014, a prophetic team of researchers led by Wits’ School of Public Health Professor Mercy Manyema modelled the potential impact of a 20% tax on sugar-sweetened beverages on obesity in South Africa. Working with current consumption data, a meta-analysis of how demand for sugary drinks responds to price changes, and consequent impact on total energy intake, they projected a 3.8% decline in obesity in men, and a 2.4% fewer cases among women. Empirical evidence from Mexico a year after their 10% tax was implemented shows a 6% decline in fizzy drinks sales. This potentially equals a huge healthcare saving — and that’s before considering what the revenue potentially could be used for.

In the South African context, that additional revenue comes to R7-billion if the tax is set at 20%.

“Government should be using all this tax to subsidise fruit and vegetables and low-cost proteins, because people are getting plenty of carbs,” argues Professor Dugmore. “[The tax] would be more powerful if government overlays it with mass health campaigns — campaigns in schools, campaigns in clinics… You have a whole multidimensional campaign, of which the tax is the central part, and we can actually turn around this diabetes epidemic in South Africa.”

If there’s an economic and welfare gain from healthcare savings, what about the impact on the sugar industry? Along with maize, the industry is already struggling with the effects of drought, with Hulett Tongaat and Illovo expecting drops in output this season of 23% and 10%, respectively. Approximately 79,000 people rely directly on the sugar giants for employment. However, decline in demand for glucose does not necessarily equal the decline of an industry: in Brazil, 15% of the total energy supply comes from sugarcane. Although the outlook for sugar ethanol is uncertain — as the price and availability of oil and gas fluctuates — currently, Brazil’s concern is that the relative profitability of ethanol is making glucose production less attractive. South Africa is already looking to diversify into ethanol to achieve long-term sustainability.

Unless you’re the SA Beverage Association, or political opposition looking to score points (or protect big business?), there’s no good reason to oppose the sugar tax — and more than enough reasons to support it. DM