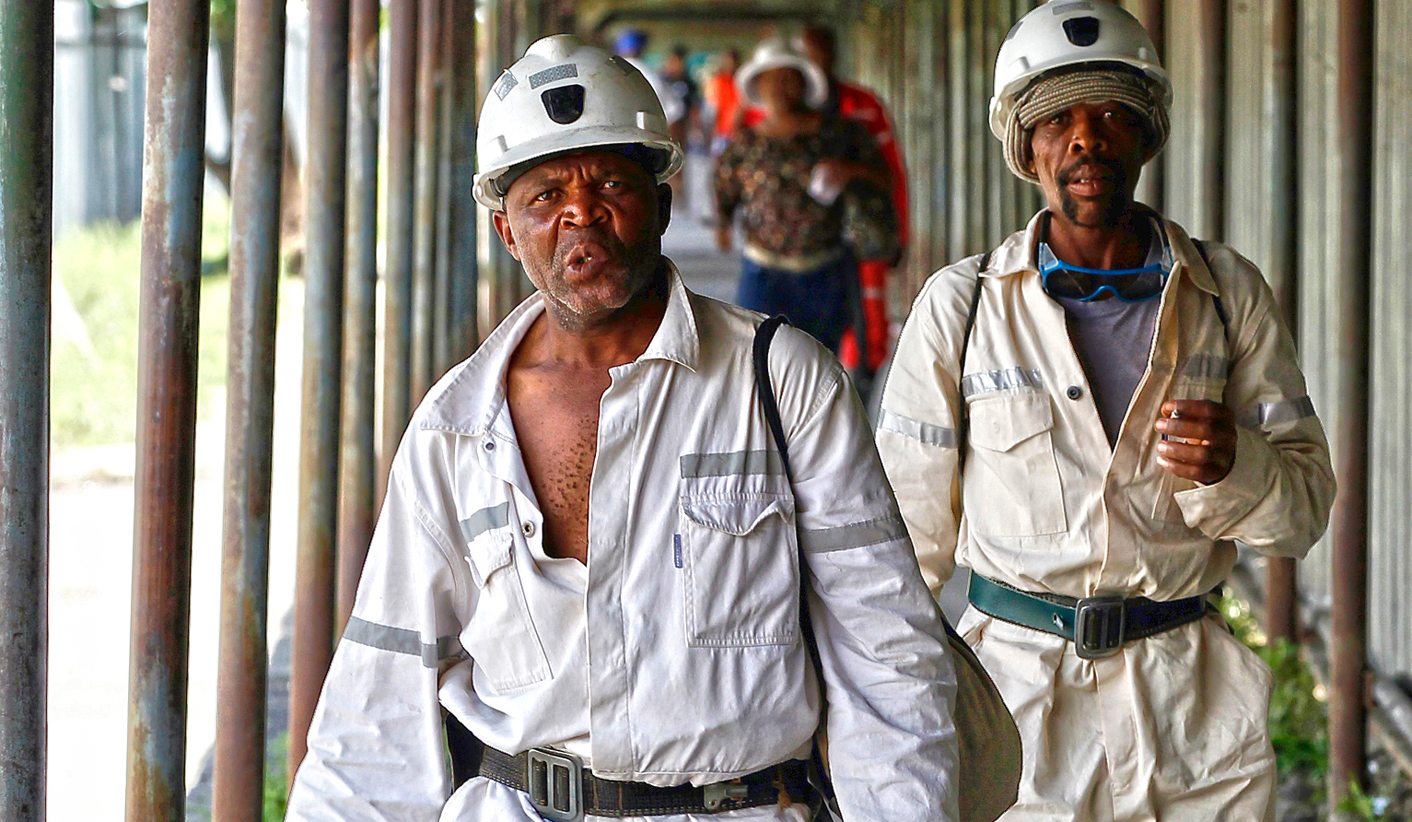 Protests at universities this year have largely been reported as a continuation of student protests last year, but at many campuses, workers standing against outsourcing have taken a lead. Some of their strategies are straight from the platinum sector. GREG NICOLSON speaks to #OutsourcingMustFall organiser Mametlwe Sebei.

On 11 November last year, the Workers and Socialist Party (Wasp) held a meeting with outsourced workers from seven universities and colleges across Tshwane. Earlier in the year the small political party had been speaking to outsourced workers who have long complained about their pay and conditions. But when the xenophobic attacks started they turned their attention to confronting that scourge.

While WASP was going back into discussions with workers at the University of Witwatersrand and University of Johannesburg (UJ), the #FeesMustFall (FMF) protests started. That changed everything. “It took the matter to a qualitatively new level,” said Mametlwe Sebei, who is on Wasp’s executive committee and later became a member of the organising committee of #OutsourcingMustFall.

Looking at the victories achieved by students and workers at varsities who late last year signed agreements to improve basic pay and conditions for outsourced workers and to implement insourcing, Sebei said, “That altered the mood and it was very evident to us that every worker must be watching.”

When outsourced workers, mostly cleaners, gardeners and security staff, from across Tshwane tertiary institutions came to the November meeting they said they were disappointed with their unions and decided on three demands. They wanted an end to outsourcing, a minimum of R10,000 basic pay a month and an independent organisation to represent their concerns.

They were looking for a core strategy and needed to demand a wage low enough to be achievable but high enough to galvanise workers. Sebei said the strategy came from Wasp’s organising in mining communities.

In the weeks following the 2012 Marikana massacre, the party helped organise mineworkers striking for a wage of R12,500 by particularly focusing its attention at Anglo American Platinum. It helped organise independent worker committees, which then led a strike as industrial action spread across the industry in the wake of the killings at Lonmin.

Sebei knew the same model could apply at universities — target a specific area at the right time, make sure the action has impact, and watch it spread. And so #OutsourcingMustFall was formed.

Workers organised committees at their campuses, broken down into different functions and sections of universities. They came together for meetings about once a week and held “endless discussions” with the “most vibrant democracy”, said Sebei.

After two months, they decided to protest at the University of Pretoria (UP) in January, trying to bring numbers together from different institutions to have the biggest impact.

“It was a success,” said Sebei. They managed to shut down UP and saw linked strikes at Tshwane Institute of Technology, Unisa, Tshwane South College and Tshwane North College. Later, municipal workers joined.

The UP strikes led to an agreement with the university to pay temporary salaries of R5,500 a month, a huge boost, increased to R10,000 by 2018, as well as other benefits. Sebei described the achievement as phenomenal and claimed it as a victory in the changing balance of forces for the working class.

“Their power there lies on the strength of their grassroots, campus-based organisations and their unity,” said Sebei. “I’d say the workers have done the labour movement, the organised workers movement, a huge favour,” he added.

Wasp is a central point of the movement, but at each campus #OutsourcingMustFall has to negotiate different dynamics and work with different student and worker groups.

Despite #OutsourcingMustFall’s prominence in this year’s strikes, students always seem more likely to feature in the media.

“People just can’t imagine gardeners, cleaners and security guards… that these people can build these movements,” said Sebei. The media, he thinks, is always looking for the next charismatic student leader.

Some have however taken notice of the worker movement and Wasp’s role. In the past the ANC has linked Wasp to conspiracy theories of groups trying to overthrow the government, a line it’s often applied to protests at universities. Last week, the union Solidarity said, “The EFF and Workers and Socialist Party are pretty central to current events on the various campuses. After Marikana, the actual ‘winners’ were militant groupings who worked behind the scenes and came forward from behind their hidden agendas after those tragic events that made world news.”

Wasp failed to win any seats, however, in the last elections and is still considering whether to contest the next elections. But Sebei said this is a pivotal moment for workers who have been let down by unions, neoliberal policies and the casualisation of jobs.

#OutsourcingMustFall will continue to organise workers and is looking at organising a national day of shutdown with students. DM

Photo: Miners walk at the end of their shift at the Anglo Platinum’s Khuseleka shaft 1 mine in Rustenburg, northwest of Johannesburg January 15, 2013. REUTERS/Siphiwe Sibeko.