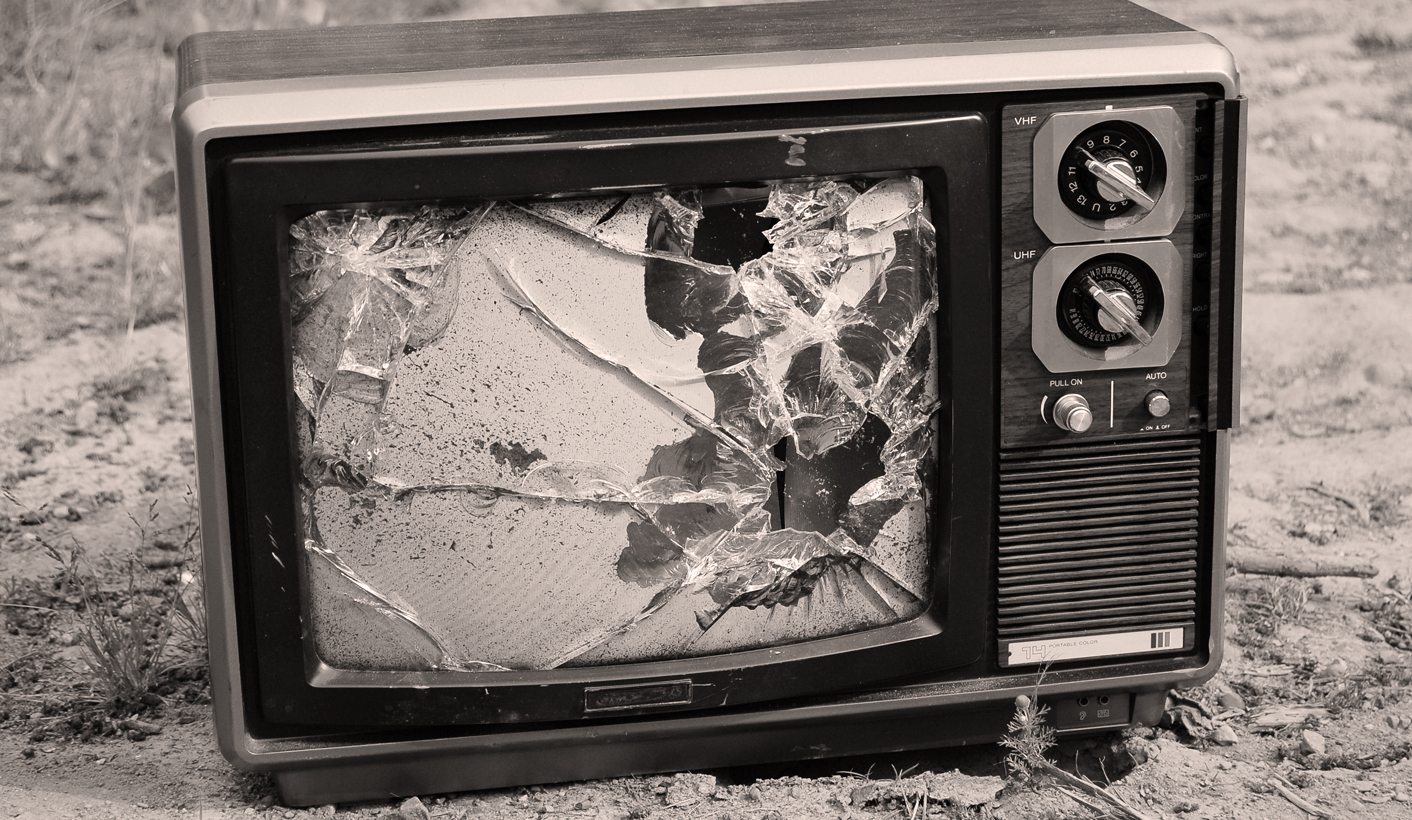 The SABC has cancelled open line calls on most of its radio programmes. Even for the public broadcaster, the move is drastic. It undermines SABC presenters, will weaken the diversity of content and once again questions the SABC’s impartiality. It's time to make your voice heard. By WILLIAM BIRD.

Media reports over the weekend state that a new directive to SABC staff has apparently banned its radio stations from running with open line programmes. The logic of the decision appears to be: our radio presenters, despite some having been on air for many years, have of late lost one of their key abilities in doing their job — to ensure fair and diverse programming. They are no longer able, unlike their more finely trained and skilled news and current affairs hosts, to risk open lines for fear that they might be subverted by those seeking to pursue their own agenda or for electioneering purposes.

The decision is all the more bizarre given that one of the stories quotes the SABC radio general manager as having written “that elections workshops were held recently to explain to presenters and producers our approach to elections-related content”. If training had been carried out, why demonstrate so little faith in the abilities of the presenters? The question is why now?

Again, media reports seem to suggest that the answer lies in the fact that we are approaching local government elections. But it is worth noting that our nation tends to regularly run quality elections and in all previous instances the media, including the SABC, have not taken such drastic ham-fisted steps. It must be pointed out however that in the run-up to the national elections in 2014 there were some profoundly concerning decisions taken by the SABC in relation to political advertising. We responded to the banning of the DA advert here and the EFF advert here.

SABC spokesperson, Kaiser Kganyago, is quoted as saying, “We are then saying that, for this period, avoid doing open line if you are not a current affairs show. You are creating a situation where anybody can say anything and that’s when issues of politics are then sneaked in during open line.”

A generous reading of that quote suggests the decision is an effort to ensure the SABC is not abused for political ends, and rather than allow the possibility of electioneering to compromise the SABC they would rather just not have any open line sessions. The problem with such an approach is that it does not only undermine the skills of the presenters but assumes political comment is somehow going to undermine the credibility of the SABC and, perhaps worst of all, it seeks to shut down debate and diversity of views instead of encouraging them.

Which again brings us back to the question of why now?

The DA has a theory along the lines of the decision being an offensive attempt to stop voices critical of the ANC and/or government from being broadcast. If you support the notion that the simplest explanation for something is the most accurate the decision might make sense. Sadly if it is accurate it points to a gap in strategy and thinking that is even more problematic than the decision itself.

The SABC has had to endure a number of blows to its credibility and independence. In the last few years these have tended to be linked to failures of governance at senior levels of management, the board, Parliament and the minister. Currently there is a proposal from the Minister of Communications that would fundamentally destroy the independence of the SABC as it would hand over power of board appointments to the minister.

To make matters worse the SABC is overdue by nearly eight years on the review of its editorial policies. Add to that the repeated refrain about the need to tell positive stories, and the credibility of the SABC is undermined even further. The last thing the SABC needs now in terms of credibility is an own goal like this. Not only does it bring into question all the views heard on its radio stations, but it serves to undermine the credibility of the amazing content that some within the SABC still produce despite the challenges they face. The impact of the ban on news stories that other media aren’t telling, which offer a different perspective, is equally chilling.

The decision is short-sighted in the extreme and needs to be undone as fast as possible, and those responsible need to be held accountable. I don’t think anyone should hold their breath, however, as the chances of an investigation, let alone anyone being held accountable, are about as likely as the Public Protector being invited to a party at Nkandla.

I don’t mean to sound cynical but we are still waiting for action on the recommendations of the Special Investigations Unit and there are still matters outstanding in relation to the Public Protector’s report. So what can citizens do and should they care?

For starters we need to acknowledge that despite the views of those who have access to a wider range of media, the SABC remains a critical and often the most dominant media for news and information for our people.

It is tempting to see the latest move as yet another step in a shambolic entity that is almost laughable. Indeed the lack of outcry from the majority of political parties and the fact that another scandal is barely news means people can be forgiven for not being too outraged. The trouble is capture of institutions, like racism is seldom a collection of grotesque acts. More often than not, it is a series of mishaps, of smaller more subtle events that slither and infest over a period of time. The latest decision by some within the SABC is one such event. Will it bring down the SABC? No. Does it mean that all is lost? Again I don’t think so, but like the subtle racist gesture, snide comment or remark, it serves to undermine not only the credibility of all who work at the SABC but also our democracy.

That the SABC is seeking to limit views on its stations in such a crass and direct manner is therefore profoundly disturbing, because it means those who rely largely on the SABC for their news and information are less likely to be exposed to a diversity of views and that undermines their right to make informed choices at the polls.

As a Daily Maverick reader, you might well think it doesn’t really matter if some in the SABC want to chip away at our democracy, after all, surely people can tell when they are being duped by biased programming? In that you may well be correct. Still, one of the things about the SABC during apartheid was that, despite its might, hardly anybody believed a word they saw or heard – except for some white people for whom it served as positive reinforcement of their racist wet dreams. So yes, people mostly know when they are being duped. With all our faults as a young democracy we cannot forget that people gave and sacrificed so much, that the centuries of suffering, and inequality we still live with, and need to overcome, means we cannot allow those with narrow-minded short sightedness to destroy a critical public institution. So frankly it doesn’t matter if you care about the media or the SABC or not, your outrage at the decision should come because the decision spits in the face of every person in our country who fought for democracy. It is a small issue, but its significance for our democracy is not, and we must make sure that our disgust at the decision is clear.

As to what people can do, they can use their power as citizens to hold the SABC accountable. It means they need to engage critically with the content they hear, as they did with Metro FM. Citizens should also support the SOS Coalition, which seeks to strengthen public broadcasting.

Listeners should take to social media and let their voices be heard. If audiences feel they aren’t hearing voices they should be hearing they need to demand that they are heard. Listeners can also tweet the presenters, the station and the SABC to demand action. People can engage with Parliament and use the complaints mechanisms of the SABC. People should also consider using social media to target advertisers and demand that they in turn demand diversity or withdraw their adverts.

The only way the SABC will learn this lesson will be when citizens make their voices heard. Perversely, this decision may just spur enough dissent and encourage critical engagement with the SABC that they start to listen. So go and listen, ask whose voices we hear and whose we don’t, which parties are heard and which ones are excluded. Then make a noise. DM

William Bird is a director at Media Monitoring Africa and an Ashoka & Linc fellow.