ICG: Ukraine’s Eastern separatist leaders turn on each other 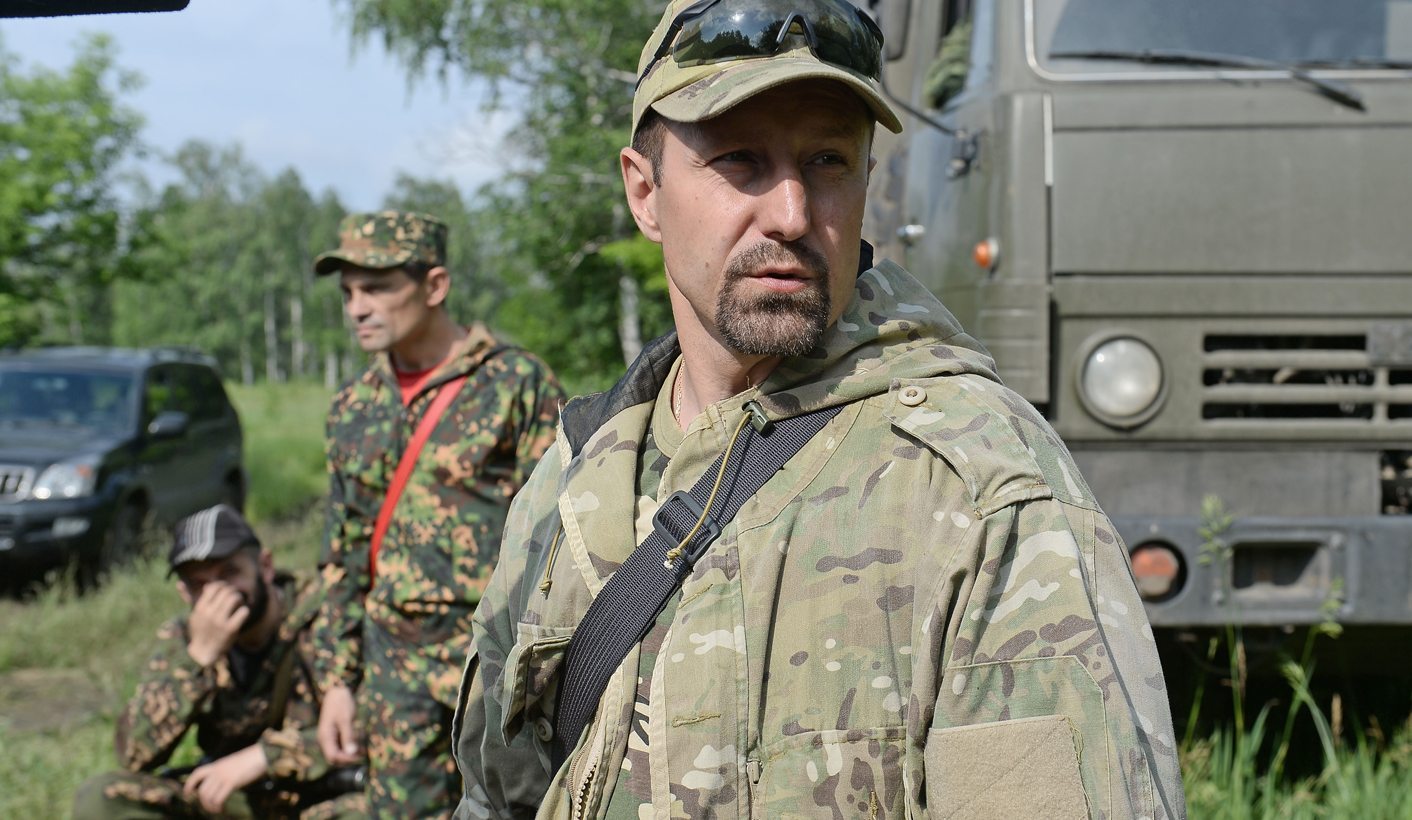 The one-year-old Minsk peace process is bogged down and artillery duels are picking up. But the leadership of the Donetsk People’s Republic (DNR), the larger of eastern Ukraine’s two separatist statelets, is immersed in other struggles. Top leaders are fighting to break the political and economic power of one of their own: Alexander Khodakovsky, a senior DNR security official and founder of one of the separatists’ most powerful armed units, Vostok. By Paul Quinn-Judge for the INTERNATIONAL CRISIS GROUP.

So far the standoff is more shadow play than real drama. But the Khodakovsky dilemma is one of the DNR’s most serious political crises since separatists in the eastern Russian-speaking region, backed by Russia, broke off from the rest of Ukraine two years ago amid bitter fighting that has killed almost 10,000 people.

Khodakovsky has long been seen as a major political player. Last summer, at a time when there was speculation in Donetsk that high-level corruption had strained Moscow’s patience, his name was mentioned as successor to top DNR leader Alexander Zakharchenko.

Civic society activists saw Khodakovsky as a potential ally. Ukrainians have occasionally cited him as a possible secret interlocutor. And he is widely said to be close to Rinat Akhmetov, one of the key eastern oligarchs. He shrugs off all these claims, saying everyone wants to talk to him, but that he is loyal to the DNR and Russia.

Observers in the separatist areas, and Khodakovsky himself, have noted that the confrontation could literally be one of life or death. Separatist military commanders have died mysteriously for less brazen challenges to the official leadership.

The confrontation burst into the open in early February when a fading star of the Donbass movement, Pavel Gubarev, was sent by the DNR leadership to assume the mayorship of the district of Yasinovataya, a front-line area long viewed as Khodakovsky’s fiefdom. Some separatist media accounts note that Khodakovsky adroitly made sure local merchants kept prices lower than other in other parts of the DNR – a rare example of a separatist leader showing grassroots political savvy.

Gubarev arrived to find what he indignantly described as a “provocative” demonstration. Well-choreographed protestors proclaimed their support for the current mayor, a Khodakovsky ally. In his own account of the protest Gubarev recalled that “Sergey Krest, a Vostok commander and a close comrade in arms of Khodakovsky, limped up to me, shook my hand and said quietly ‘if you ever come here again I’ll break your legs’”.

Gubarev left, and the decree appointing him mayor, signed by Zakharchenko, the DNR leader, disappeared from the government website.

The confrontation had long simmered behind the scenes. Zakharchenko rose to prominence as an organiser of informal security for the Party of Regions, the political vehicle of former President Viktor Yanukovych in the chaos of early 2014. He is a man of few words: wooden-tongued would be a charitable description.

Khodakovsky is a former Soviet airborne soldier who before the eastern conflict was the colonel in charge of the Ukrainian Security Service’s Alfa anti-terror team for Donetsk. In the past few weeks he has been posting on his website a daily stream of messages, combining thinly veiled attacks on corruption at the top in Donetsk, personal swipes at Zakharchenko and jibes at the DNR number two, Denis Pushilin. He regularly and none too convincingly denies leadership ambitions. He has set up branches of his Union of Patriots of Donbass across the separatist-controlled space. He created local bus services along the front line, quickly closed down by the central government.

Khodakovsky’s most recent musings have become edgier: on 29 February he wrote that a ceasefire since September does not mean that Ukraine war is over: “Let’s finish it”, he said. He claimed that front-line troops were going without pay and provisions, while 5,000 well-equipped soldiers were being kept in the rear. His statements do not make it into local media, but are picked up enough by pro-separatist social media to have an impact.

What probably provoked Khodakovsky’s decision to go public was Zakharchenko’s move on Yasinovataya. This is not just a political bastion. It is one of Ukraine’s biggest railway hubs, synonymous with high-grade coal that passes through in both directions, heading for Ukraine and Russia. Virtually all of this is contraband, a separatist officials says – part of a major smuggling route that also deals in guns, drugs and scrap metal. Smuggling is making millions for corrupt officials and businesspeople on both sides of the battle lines in the east, and in Russia as well.

The struggle for the railways is a clear sign that the enclaves’ leaders do not see the Minsk peace process bringing an end to their existence soon, and that they want to move fast to concentrate key transport infrastructure in their hands.

For the moment, Moscow does not seem concerned: tolerance of the separatist leadership’s personal business operations is a trade-off for unquestioning obedience to Moscow as it manoeuvers with the international community and Kyiv. In the long run, though, this can only streamline and further strengthen what is already a thriving contraband operation on the Ukrainian-Russian border.

The DNR leadership’s next move may well depend on two issues: how much of the Vostok brigade remains loyal to Khodakovsky; and whether he has any powerful backers left in Moscow. In theory much of Vostok has been taken away from Khodakovsky and, like other separatist militias, folded into a Russian-controlled military. There are strong rumours, however, that he retained a substantial security force, and may still have indirect control over other Vostok units.

For now, Khodakovsky is still said to hold office in his Security Council office in the Ministry of Coal building in central Donetsk. But he has dramatically warned his opponents not to repeat the “Mozgovoy-Dremov variant”, a reference to the unclaimed, bloody ambushes that killed two outspoken separatist commanders last year.

“I travel through heavily populated areas”, he said, adding that any ambush planned to remove him should be done in a way that is more “elegant”.

One way or the other, Moscow may feel it has to intervene in the standoff. If there are still protectors of Khodakovsky in the Kremlin, they may need to show their hand sooner rather than later. DM

Photo: Alexander Khodakovsky, the commander of the battalion ‘Vostok’ attends military exercise at their training base near Donetsk, eastern Ukraine, 01 June 2014. EPA/VALENTINA SVISTUNOVA.