How not to deliver a budget, the Nigerian edition 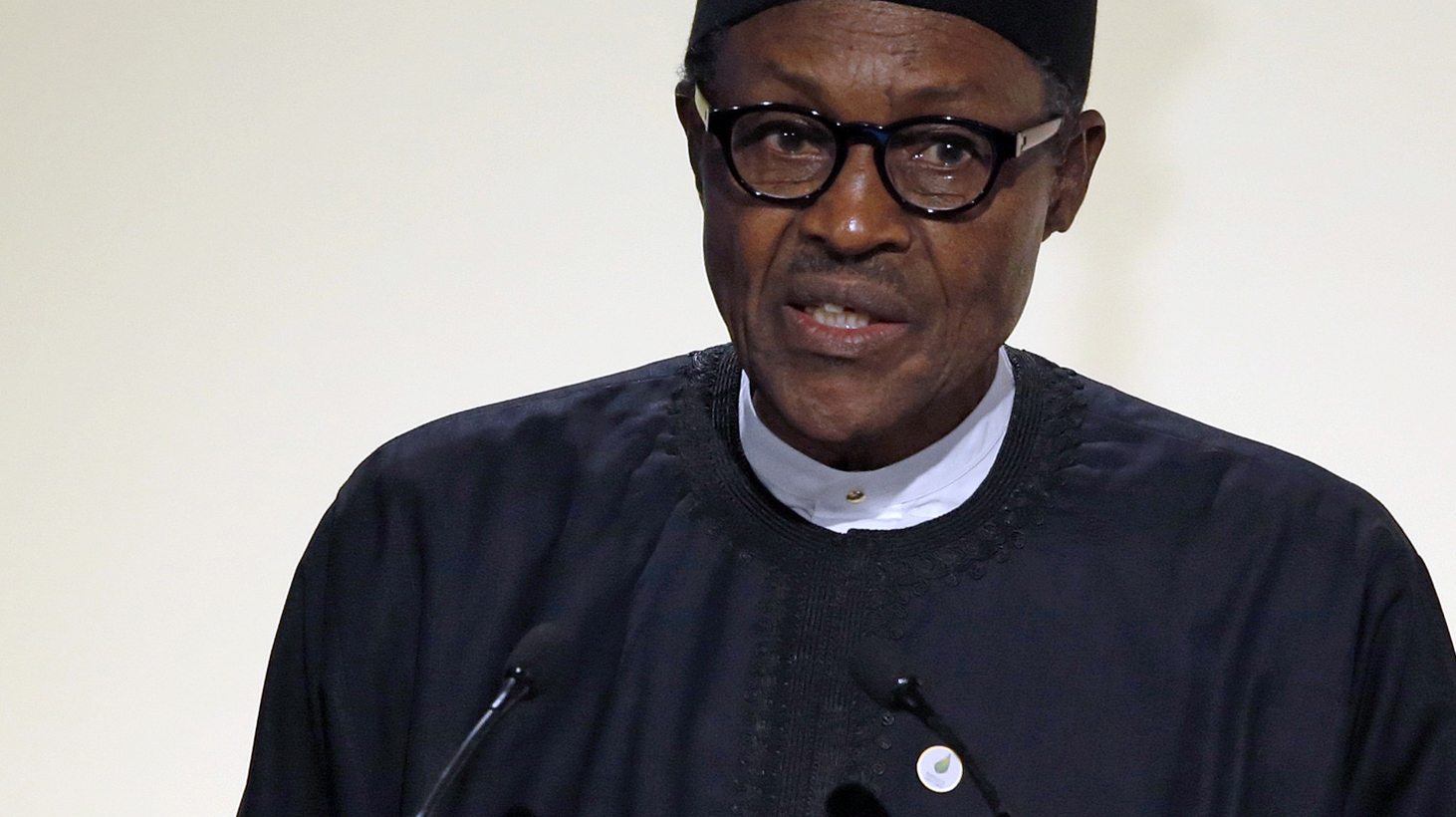 Sure, there was some bad news in Pravin Gordhan’s budget speech, especially if you like sugar and cigarettes. But at least he managed to read out the right version of the text. The same can’t be said for Nigeria’s president, who delivered the wrong budget to parliament – and didn’t even notice. By SIMON ALLISON.

Take solace, beleaguered South Africans! Yes, we know times are hard, what with the rioting students, the hapless president and the rains that came too little, too late. And economically, we’re all feeling the pinch. The finance minister carousel wreaked havoc on our wallets, leaving us ill-quipped to cope with a plummeting currency and steep inflation. There’s no doubt about it: these are tough times, and there’s not much to cheer us up.

But in the absence of good news, there’s always Schadenfreude.

Which brings us to Nigeria, where President Muhammadu Buhari delivered a budget speech in December, an occasion as bizarre – and “embarrassing and disappointing”, in the president’s own words – as Pravin Gordhan’s this week was (mercifully) staid.

Things began brightly. This was Buhari’s first budget since taking office last year, and he was determined to prove a point. Unusually, he gave the budget speech himself, underlining its importance; and he did so well ahead of schedule, a remarkable accomplishment given the propensity of successive Nigerian governments to release budgets towards the end rather than the beginning of the financial year.

But then Nigeria’s vociferous media started taking a closer look. Some things didn’t add up. In particular, Premium Times released a devastating report into what it described as “a collection of fraudulent and frivolous allocations, many of which are clearly meant to support the opulent lifestyle of public officials”.

Then there’s the N10.72 million (R821,000) daily allowance for maintenance of Aso Rock, the president’s residence; the N20.3 million (R1.55 million) set aside for sporting and games equipment for the Presidential Air Fleet; and, most inexplicably, the N322.4 million (R24.7 million) allocated for cabling to link the president’s villa with the drivers’ restroom. Unless those cables are made of diamond-studded platinum, someone’s being ripped off.

This is all bad enough, but then something more extraordinary happened: officials in the presidency whispered that this was not actually Buhari’s budget, that the budget he tabled to the Senate was the wrong one. In early February, minister of health Isaac Adewole eventually confirmed that something was up: “We have to look into the details of the budget and re-submit it to the committee. This was not what we submitted. We will submit another one,” he said.

“Apparently, while President Buhari was busy poking alleged looters out of their holes, a ‘budget mafia’, in the words of an unnamed presidency source and thought to refer to some civil servants, had padded out his budget with a few billion naira, which he knew nothing about,” said Nigerian novelist Adaobi Tricia Nwaubani, writing for BBC.

For Buhari, who came to power on a strong anti-corruption platform, the budget mishap is a disaster. As even he later admitted, in a statement: “Never have I heard the words ‘budget padding’. Our minister of Budget and National Planning did a great job with his team. The minister became almost half his size during the time, working night and day to get the budget ready; only for some people to pad it. What he gave us was not what was finally being debated. It is embarrassing and disappointing. We will not allow those who did it to go unpunished.”

The incident raises several points, all of which make for grim reading for Nigerians.

First, it illustrates the president is not in control of his government. He’s so out of control, in fact, that he doesn’t even know what the real budget is supposed to look like – and only notices once media and civil society raise a fuss. At best, this displays ignorance; at worst, culpability.

Second, it illustrates that the new administration, despite promises to the contrary, is not immune from corruption. As Nwaibani observed: “Thanks to this tale of bloated figures and discrepancies, President Buhari now knows that his famous war on corruption must extend beyond big names and past governments. The looters are within his camp as well as without.”

Finally, the incident seriously damages the credibility of Buhari and his new government. For whatever reasons, if the president can’t be trusted on the budget – even when it is delivered to all of Nigeria’s lawmakers in front of a nationwide TV audience – what can he be trusted with? What half-truths and misinformation permeate other government policies and decisions? And who benefits from the deceptions?

Nigeria’s budget debacle is symptomatic of an economy in crisis. The sustained low oil prices are having a disastrous impact, while the historically-overvalued Naira is in freefall against the dollar. The country needs a government with a solid plan to turn things around, not a government who can’t even successfully manage version control on a single document.

Overall, it’s a poor start to the new year for Africa’s largest economy. South Africans, console yourselves with the knowledge that although things aren’t perfect down south, at least our finance minister is reading from the right page. DM