'Tax me if you can': Tax activism of a different kind

‘Tax me if you can’: Tax activism of a different kind 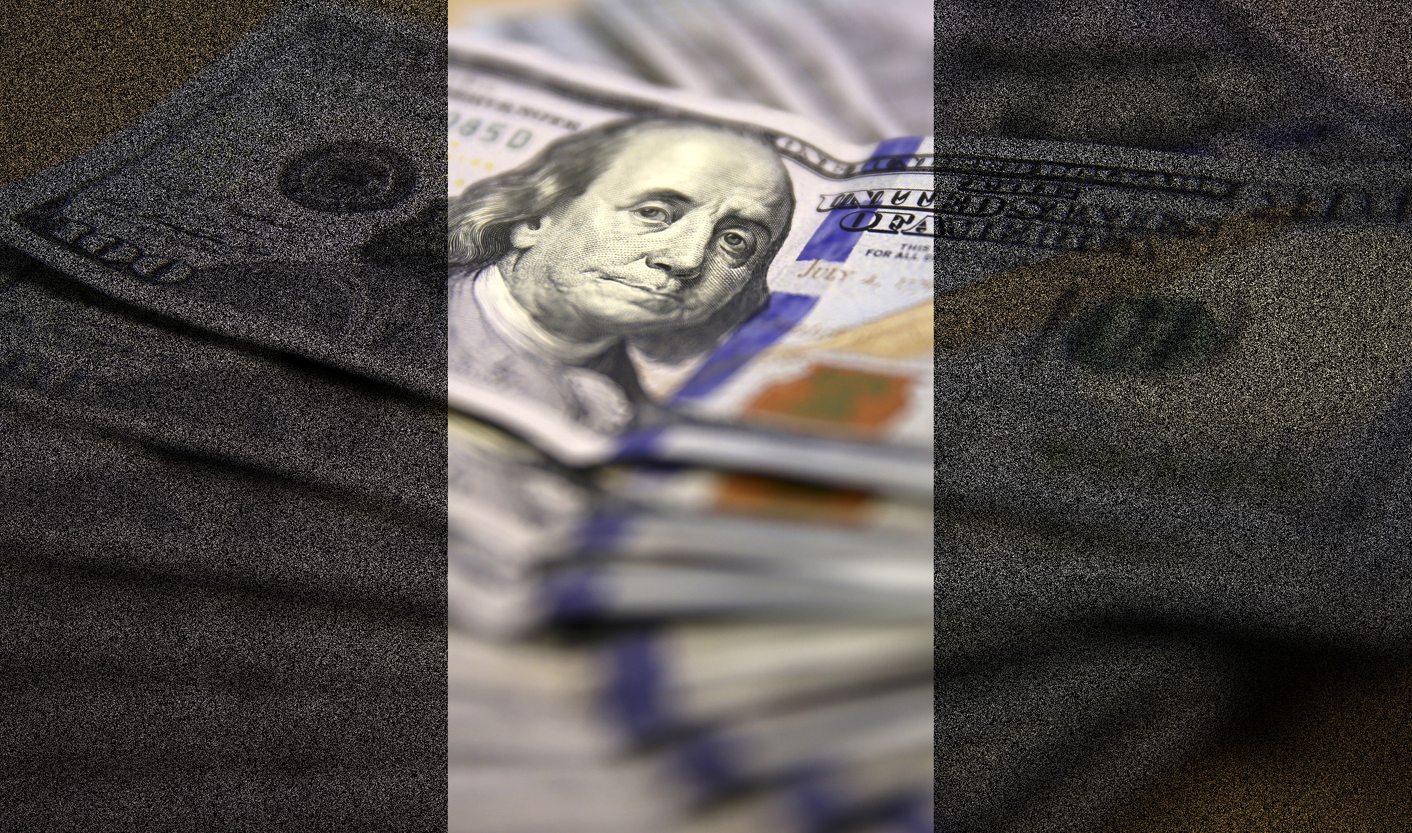 It’s unlikely anybody was particularly surprised when Finance Minister Pravin Gordhan announced a number of initiatives to increase the amount of tax revenue; from sugar tax to a “tyre levy” to an increase in a number of existing sin taxes. But it’s perhaps the relaxing of voluntary disclosure rules that apply to individuals and companies with undisclosed offshore income and assets that will cause the most ripples, allowing tax authorities to act more effectively against abusive practices. By MARELISE VAN DER MERWE.

Starting in October 2016, those with undeclared offshore income and assets would have a six-month period in which to regularise their affairs, Gordhan announced during his Budget Speech on Wednesday.

The offer itself was as follows: SARS would include 50% of the total amount used to fund the acquisition of the undeclared offshore assets acquired before 1 March 2015 in taxable income (and which is also subject to normal tax). Those investment returns accrued from offshore assets from 1 March 2010 onwards would count towards taxable income, but investment returns dating back to before 1 March 2010 would be exempt. Interest on tax debts that come to light in the disclosure would only apply as from 1 March 2010 and no understatement penalties would apply. Nor would SARS prosecute – provided the disclosure was voluntary. Exchange-control contraventions could also be resolved using the same programme.

That said, Treasury has made it clear that the long arm of the law will be out in full force for those who don’t take advantage.

According to the Davis Tax Committee, over 42,000 South Africans participated in the income tax and exchange control amnesty in 2004. The Committee’s first interim report on estate duty said the programme brought in assets of over R68 billion, as well as exchange control levies of nearly R3 billion.

South Africa is one of the early adopters of the Common Reporting System (CRS), which is a set of global standards governing how tax authorities in participating countries share financial information about the their taxpayers – and any assets they may have that should be declared. It’s an initiative by the Organisation for Economic Co-Operation and Development (OECD) on behalf of G20 countries in an effort to better access taxpayers’ offshore assets.

But it’s not just Treasury paying attention to tax abuse by South Africans. Earlier in February, the Tax Me If You Can campaign was launched locally at the Alternative Mining Indaba. There, researchers linked to the programme listed some sobering statistics. Denise Dube Mubaiwa, Acting Tax Justice and Extractives Officer for the Economic Justice Network of FOCCISA, told Daily Maverick the campaign was specifically tackling tax avoidance rather than tax evasion, because tax evasion was simple enough for the authorities to tackle, since it is illegal. Tax avoidance, she said, was a much trickier beast, because it lives in the domain of legal loopholes.

The campaign, she explained, was targeted towards both high net worth individuals and businesses, because these were able to afford tax consultants and legal resources to help them pay less tax. “With tax avoidance, [individuals and] businesses are escaping their tax liabilities, depriving average citizens of their basic rights, and increasing their tax burden,” she said. “When there are tax increases, the average citizen is the one who carries the extra tax burden, while businesses get away with tax avoidance.”

The campaign’s goals were initially to push for much tighter legislation that would enforce country-by-country reporting within all multinational companies, down to individual project level, by December 2016, she says. A second goal would be for SARS to issue new guidelines and protocols for automatic information exchange, and lastly for the tax base to be broadened through education, outreach and enforcement initiatives. But the campaign opted instead to roll out in phases, and only to focus on outreach and education for the first – and current – phase. Currently, they are holding provincial training sessions using educational material they have produced.

In 2012, the campaign reminds us, various corporates in South Africa hid over $29 billion overseas to avoid paying tax – the equivalent, Daily Maverick’s Greg Nicolson wrote, of 1,300 Nkandla security upgrades. Or housing for 400,000 families.

Dube added that tackling tax avoidance was a moral imperative, even though the former was not itself illegal. “True, tax avoidance is legal; however, it is morally wrong because it has the same impact as tax evasion,” she said. “Therefore we are tackling this by pushing the government to reform the current tax system into a tighter regime that closes all the currently known loopholes that facilitate tax avoidance mechanisms used by big companies.”

But when it comes to not paying what’s due – whether legally or illegally – recent clampdowns have not just focused on large multinationals. Earlier this month, SARS Commissioner Tom Moyane announced the launch of random, on-site inspections of cash businesses, while PricewaterhouseCoopers (PWC) tax technical partner Kyle Mandy said there had been too little emphasis on enforcement in SMMEs.

But Professor Johann Hattingh of the Tax Institute for Fiscal Research at UCT’s Faculty of Law was a little more circumspect in his analysis of locating missing tax revenue. Citizens and corporates could hardly be blamed for taking advantage of legal methods to save money, he pointed out. The issue was a lack of clarity in legislation. “Tax avoidance is very difficult to measure,” he said. “It’s very subjective.” When it comes to tax evasion, he added, it’s obviously a very different beast – you’re dealing with absolutes – and of course it’s a little simpler to quantify the problem if you tighten up legislation in such a way that tax avoidance becomes tax evasion – but that’s a lot easier said than done. Legislation cannot simply be changed.

“Making legislation clear is a continuing process,” he explained. “In South Africa, we have left it far too long. Our current income tax legislation comes from the 1940s. A lot of work is required in that area.” Legislation which has been left without the necessary improvement for too long, he believes, becomes “unwieldy” and “susceptible to manipulation”.

In 2012, he pointed out, the UK celebrated the end of reforms to tax legislation that began in Margaret Thatcher’s era – “effectively,” he explained, “a 25-year-project”. The reforms required in South Africa, Hattingh believes, will be “extremely hard to tackle for policy makers”, and alongside the deep-seated problems of corruption, which cannot be controlled by policy makers on the taxation side either.

“The expenditure side is a political problem and the answers are political,” he says. “You can’t tighten up politicians with new legislation.” And, of course, it can be difficult to drive taxpayers into compliance when there is a perception that taxes will simply land in the coffers of corrupt politicians.

The key, believes Hattingh, is to increase the public’s faith in the authorities themselves, which may ultimately prove to be an even bigger challenge.

“NGOs can miss entirely that the courts, in fact, have the ultimate check on these things [abuses],” he says. “That’s often forgotten. It’s very much determined by what view the courts take on tax avoidance matters that come to them. That ultimately draws the line in the sand.

“If SARS takes non-compliant taxpayers to court the matter in question is going to stand or fall. This is something that is often not even appreciated by SARS themselves. And it influences public perception. It can be a powerful disincentive.”

A disincentive that – unfortunately for SARS – is perhaps diluted by SARS’ own current public image; what Hattingh diplomatically calls its “flux position at the moment”; one that is “regrettably politicised”.

“A common feeling amongst tax practitioners is that SARS have not taken enough taxpayers to court on tax avoidance,” he says. “It’s a difficult time, but I don’t think it should necessarily impact their mandate to administer the law.”

The trouble, says Hattingh, is that historically tax avoidance blooms and mushrooms during tough economic times – during the fallout from the First World War and the Great Depression, for instance, under unpopular governments, in times of turbulence and in times of austerity.

If that pattern proves consistent in future, both SARS and compliant taxpayers are in for a bumpy ride for some time yet. DM