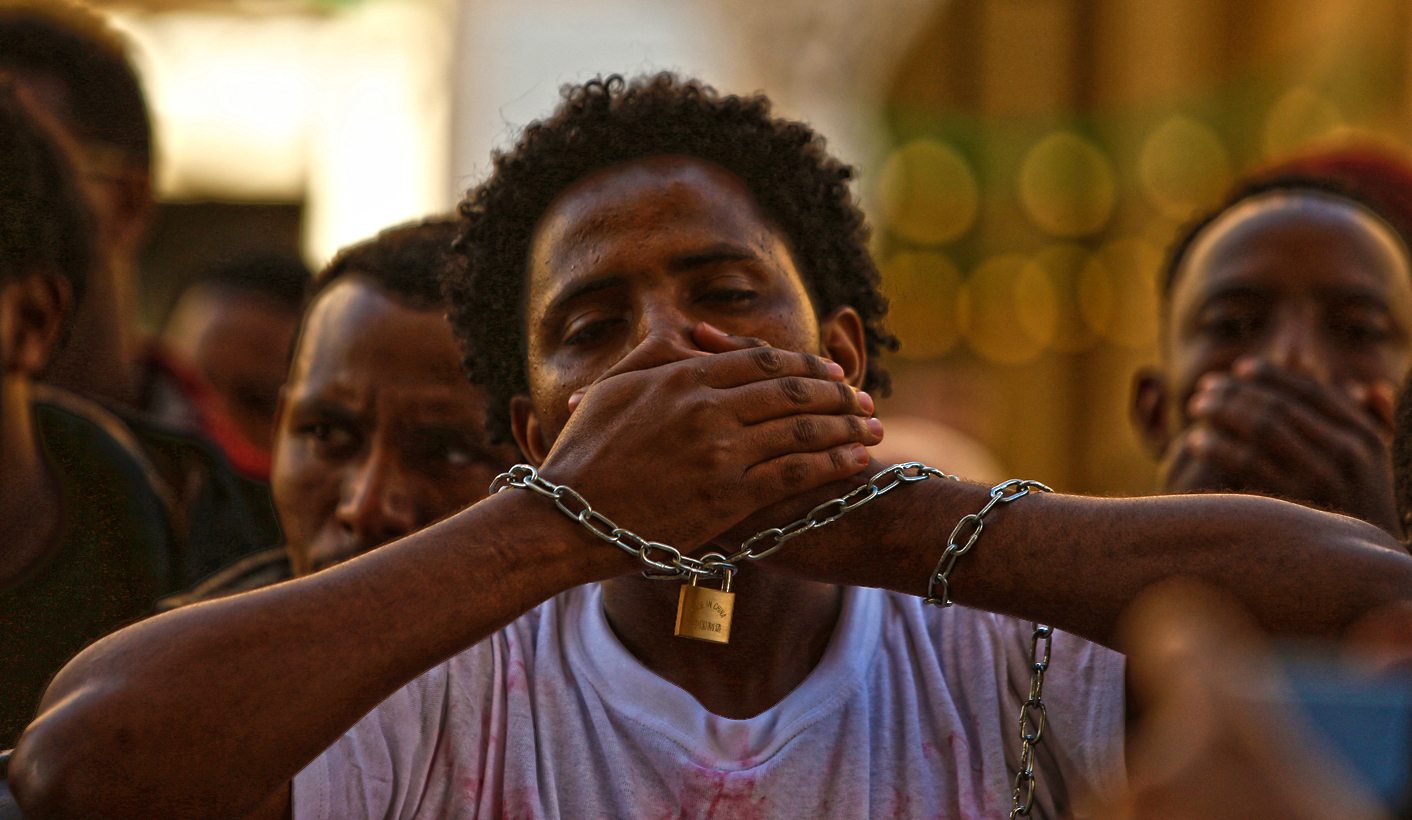 The Ethiopian government likes to be in control – of the economy, of opposition movements, of independent media. Like it or not, the tough approach has worked, at least in terms of the country reaching its development goals. But repression is a blunt instrument and the ongoing Oromo protests should force a rethink. By SIMON ALLISON.

The demonstrations began in November 2015. In towns and villages all over Ethiopia’s vast Oromia province, people gathered to voice their frustration at the government.

Their grievances? Specifically, they were unhappy about the unveiling of the Addis Ababa Integrated Development Master Plan, a document that detailed step-by-step how the capital city would suck more land from the province for minimal compensation. Generally, they were protesting a long history of oppression and marginalisation of the Oromo community. The Oromo, despite being Ethiopia’s biggest ethnic group are largely excluded from positions of power and have historically been last to access rights and benefits from the state.

The scale of these protests – the wide geographical spread, and the sheer numbers of people who turned out – scared the government who responded with force.

Supposed ringleaders were detained; curfews imposed in several towns and security forces were called in to deal with the angry crowds. Things soon got ugly even though protestors were largely peaceful (although not always – several government buildings were stormed and looted). The same cannot be said for the police, however, who reacted with tear gas, grenades and bullets. By the end of the year, an estimated 150 people had been killed.

The brutal crackdown was the government’s stick. There was also a carrot. In January, in an apparent concession, the government scrapped the Addis Master Plan, saying it had heard and heeded the voice of the people.

This was all too little, too late. Too little because it’s an open secret that the expansion of Addis will continue – it can’t not – but now with even less direction or regulation; and because the government did not address ongoing discrimination against Oromo people. Too late because the brutality of the state crackdown had merely proved the protestors’ point, and reinforced their grievances.

So the protests continued. As did the brutal response. “Almost daily accounts of killings and arbitrary arrests have been reported to Human Rights Watch since 2016 began. Security forces, including military personnel, have fatally shot scores of demonstrators. Thousands of people have been arrested and remain in detention without charge,” reported Human Rights Watch this week.

The rights group added: “The plan’s cancellation did not halt the protest. The crackdown continued throughout Oromia. In late January 2016, Human Rights Watch interviewed approximately 60 protesters and other witnesses from various parts of the Oromia region in December and January who described human rights violations during the protests, some since mid-January. They said that security forces have shot randomly into crowds, summarily killed people during arrests, carried out mass roundups and tortured detainees.”

Sure enough, the Ethiopian government was quick to deny the Human Rights Watch Report. “[An] absolute lie,” said Communications Minister Getachew Reda, speaking to the BBC. Reda blamed the trouble on armed gangs “who are trying to stir up emotions in the public”. At the same time, Reda lashed out at Human Rights Watch, saying that it was “a stroke of magic” for the organisation to get its information from “halfway around the world”. This is disingenuous: as Reda well knows, and as the Daily Maverick reported last month, the reason that organisations like Human Rights Watch cannot maintain an uncompromised presence in Ethiopia is because government restrictions make this impossible.

Although the government may be reluctant to acknowledge them, there’s no doubt that the Oromo protests are real. It is also clear that the government’s usual tactics for dealing with opposition movements – a hefty dose of police brutality combined with targeted detentions and a slick PR machine – is not making them go away this time round.

Maybe it’s time to try something different. In this instance, a little less repression might go a long way. Real engagement and compromise could alleviate the protestors’ immediate concerns, while reassuring them that the government does cater to its large Oromo constituency.

It’s an experiment worth conducting. The Oromo are far from the only disaffected community in Ethiopia and there’s a real danger that the unrest could spread, particularly to the large Muslim minority, who have a recent history of large-scale anti-government demonstrations themselves. This would not only threaten the government’s authority, but also undermine or even reverse its impressive development statistics. Having made such impressive socio-economic progress, the Ethiopian government’s automatically autocratic response to any kind of opposition risks reversing their gains. There’s got to be a better way. DM

Photo: Ethiopian migrants, all members of the Oromo community of Ethiopia living in Malta, protest against the Ethiopian regime in Valletta, Malta, December 21, 2015. REUTERS/Darrin Zammit Lupi