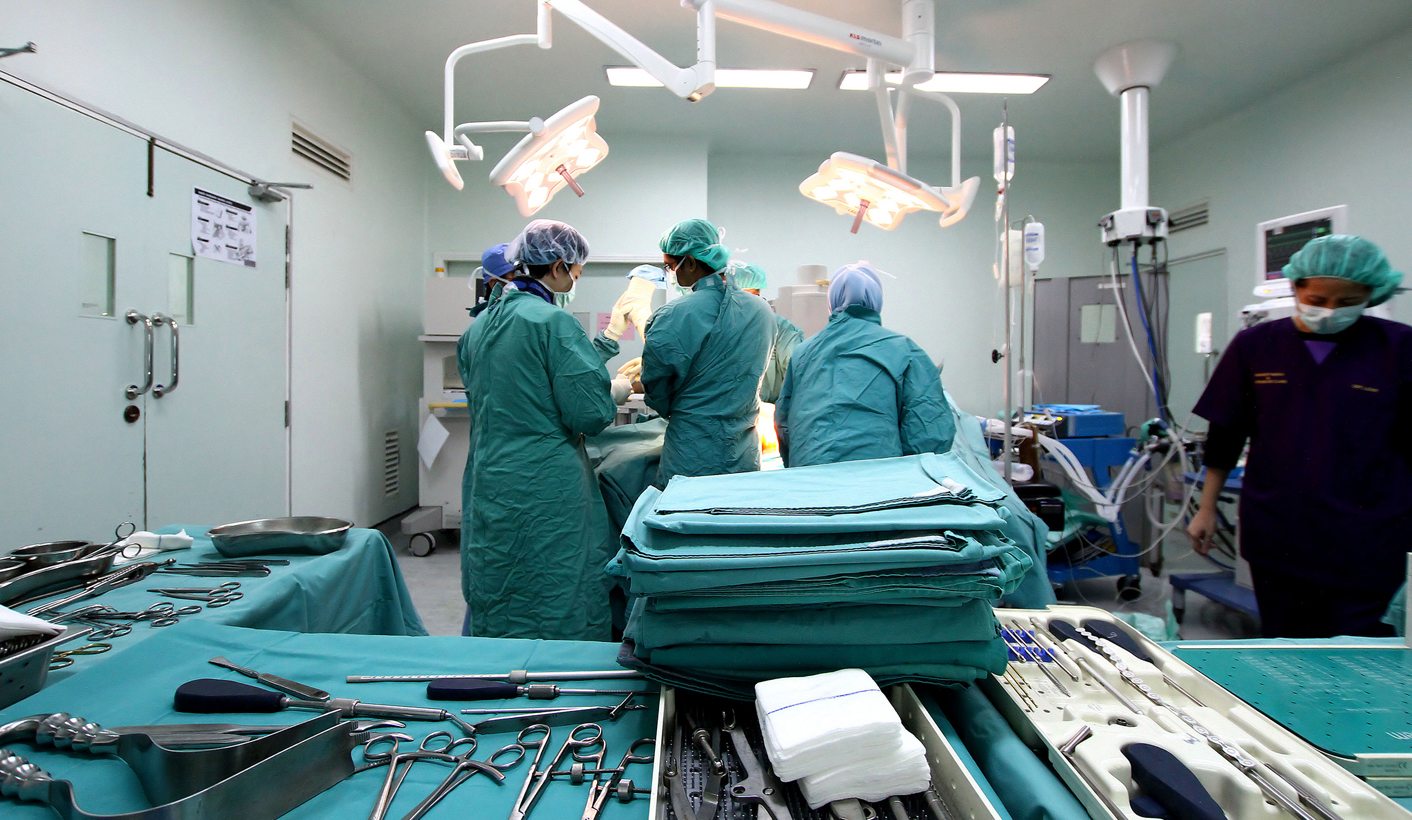 A man mortgages his house to pay his hospital bill after a heart attack, although his medical aid is supposed to pay the entire bill. Another waits 18 months for medical aid approval for a life-saving procedure and only gets it after his specialist lodges a complaint. Cancer patients’ benefits run out in the middle of chemotherapy, yet if they’re hospitalised for cancer-related complications, this will be paid for.

These were some of the stories that came out over the past week at the Competition Commission’s public hearings into private healthcare, as speaker after speaker told damning stories about private medical schemes.

The Competition Commission has instituted the market inquiry, headed by retired Chief Justice Sandile Ngcobo, as it “has reason to believe that there are features of the sector that prevent, distort or restrict competition”.

The themes that emerged during the first three days of the hearings were that medical aids do their best to avoid paying, even though the Prescribed Minimum Benefits (PMB) set down what every fund is compelled by law to cover. Medical aid rules are designed to confuse members, while their codes confuse doctors. There are also no standard tariffs or regulations, so hospitals and specialists charge whatever they like.

One of the most eloquent speakers was Dr Dave Kettles, a cardiologist from East London. He argued that medical schemes were so intrusive that they had virtually destroyed the doctor-patient relationship by prescribing everything a doctor could do, from treatment to medicine and fees.

Kettles, the president of the SA Society of Cardiovascular Intervention (SASCI), said there was a serious shortage of cardiologists in the country – there are only 200 of them remaining in SA – yet many of them spent “hours and hours” on the phone trying to unlock medical scheme benefits for their patients.

“The situation has so deteriorated over the last years as funders employ large armies of clerks whose sole purpose seems to be to frustrate the provision of care,” said Kettles. “I have no desire to spend precious time fighting burdensome bureaucracy in order to access the right to deliver old fashioned treatment to disempowered patients who, despite paying substantially to an insurance company are coerced into accepting second or third rate treatment options masquerading as ‘evidence based protocols’.”

Hospitals account for the bulk of private health costs (around half), followed by specialists’ fees (33%). Many medical schemes are weighted in favour of hospital care. Limited cover for General Practitioners (GPs) means that people run out of benefits before the year is out, and to help them, GPs often refer illnesses that they could treat to hospitals, testified GP Dr Norman Mashaba.

The World Health Organisation (WHO) and the Organisation for Economic Co-operation and Development (OECD) told the hearing that, when compared with 20 European countries, South Africa’s private hospital prices were ranked “the least affordable”.

South Africa’s private hospitals’ prices are “on a par” with those in the UK, Germany and France, yet people in these countries have much higher incomes, said the OECD-WHO submission. In addition, hospital prices had increased by around 6.5% every year, while other goods and services’ price increases were around 5.6%.

Specialists also seem to be encouraging unnecessary medical procedures. South Africa’s private sector is already notorious for excessive caesarean sections – over 70% of private births in 2014 were C-sections although the WHO recommends a rate of 15%.

The OECD-WHO research also uncovered a massive surge in knee and hip replacements, which was likely to be “supplied-induced demand” – a polite way of saying they were driven by specialists’ rather the patients’ needs. In the space of merely two years – between 2011 and 2013 – there had been a 53% increase in knee replacements and a 31% increase in hip replacements which could not be explained by ageing or new members.

Private nurses were discouraged by both private hospitals and medical aids although they offered cost-effective services. In addition, private hospitals employed “the minimum of nurses”, preferring to use the services of nursing agencies even though this was much more costly and meant poorer services for patients, according the Society of Private Nurse Practitioners.

The WHO-OECD report concludes by recommending price controls to “help individual South Africans and the country at large get more value from their considerable spending on health care”. This was echoed by human rights organisation Section27, which recommended “fee norms” to be published by the Health Professions Council of SA (HPCSA) as patients were unable to “complain about overcharging by health professionals” if standard fees were not set.

Currently, there were no set fees, which meant that specialists and hospitals could charge whatever they wanted, and those most vulnerable were people with medical emergencies, such as car accident victims, who were couldn’t shop around for services.

The SA Depression and Anxiety Group (SADAG) said specialists charged 200% – 300% of medical aid rates and people with mental illnesses had no choice but to pay as they had to see a psychiatrist to get their medication.

Health Minister Aaron Motsoaledi, who has long criticised private sector costs, is watching the inquiry keenly. Curbing the high costs in the private sector is essential for the success of the National Health Insurance (NHI), as government wants to use private health services to achieve universal health coverage. DM

* The public hearings are due to run until 4 March and are being live-streamed. For more information, see http://www.compcom.co.za/healthcare-inquiry/