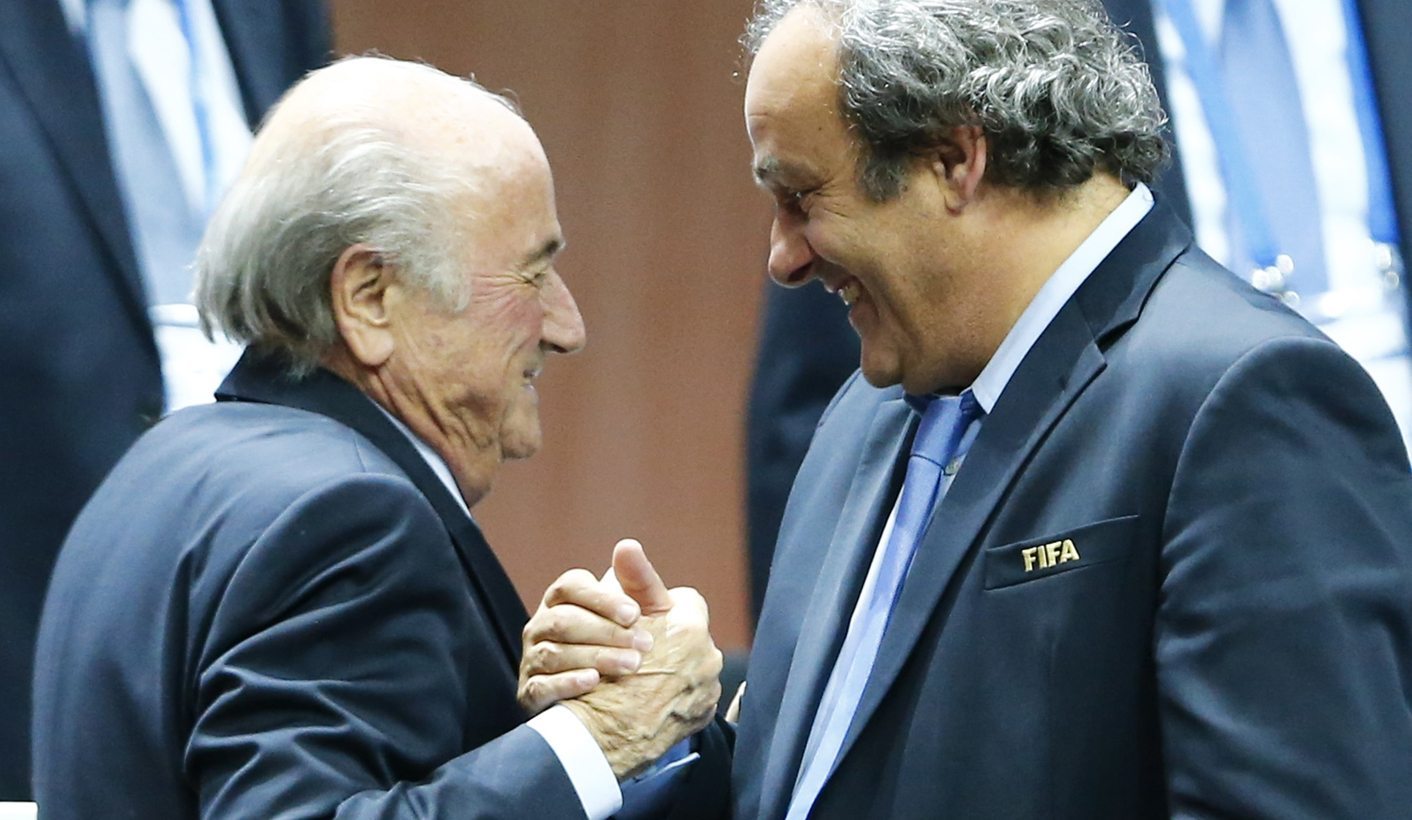 Both Sepp Blatter and Michel Platini had their appeals against their bans heard this week. One was jovial, beckoning reporters to share laughs with them, while the other was trying his best to avoid them. Both are fighting to eke out whatever dignity their legacy might have left. By ANTOINETTE MULLER.

Both Sepp Blatter and Michel Platini appeared before the FIFA appeals committee this week in a bid to try to overturn the bans handed to them after both were found guilty of breaches surrounding a £1.3m ($2m) “disloyal payment”. The FIFA ethics committee banned both men for eight years, but they continue to protest their innocence.

The FIFA appeals committee, chaired by Bermuda Football Association president Larry Mussenden, has the power to reduce, increase or overturn the ban. If this route fails, they could turn to the Court of Arbitration for Sport (CAS).

Both appeal hearings lasted almost eight hours but FIFA refused to speculate as to when exactly the verdicts will be available, however they are expected to be revealed this week. Platini initially wasn’t too hopeful of having his ban overturned and wanted to go straight to CAS with his case, only to be told by FIFA that he has to follow procedure. The Frenchman was, however, smiling and jovial when leaving his hearing.

“It’s been a very good hearing, very well conducted, with people who have been sincere,” Platini said after the hearing by FIFA’S Appeal Committee. “I am quite happy with the way it has gone.

“I hope to work again as soon as possible and to go back to the office as soon as the decision has been given by the Appeal Committee and then prepare the Euro (tournament). There are important things to do. I am waiting to come back to work on this great football party… which will take place in France.”

Platini used the opportunity to reiterate that he is innocent and was happy to chat to reporters, hooting and calling them over as they were waiting for him at a different gate. This was in complete contrast to Blatter who arrived for his hearing over 90 minutes early, thereby managing to avoid the camera crews.

“I’ve done nothing and I’m not afraid of anything. If I had anything to reproach myself for, I would be hiding in Siberia in shame,” Platini told reporters on Monday.

“Is it Blatter who put me in this situation? Not at all, he is in the same situation as me. Someone pushed the button and I will try to find out whom.”

Platini’s appeal hearing focussed mostly on the so-called “verbal agreement” he had with Blatter. This agreement came about when Platini asked Blatter for a salary of $1 million when he worked for Blatter as an advisor in 1999-2002. He was paid far less and says he had a “gentleman’s agreement” with Blatter to receive the funds later. Platini only asked for the funds in 2010 and was paid early in 2011 with the timing of the payment raising suspicion.

The payment of the “gentlemen’s agreement” came during a FIFA presidential election campaign in which UEFA later urged its members to support Blatter against Mohamed bin Hammam of Qatar. Blatter was re-elected unopposed after Bin Hammam was implicated in bribing Caribbean voters. The FIFA ethics committee ruled that the late payment lacked transparency.

Platini’s defence brought in long-term friend and ally Jacques Lambert, head of the Euro 2016 organising committee, and FIFA executive committee member Angel Maria Villar for evidence and the suspended head of UEFA believes their testimony will be crucial.

“I can’t tell you if it worked but evidence provided by Jacques Lambert and Angel Villar was very important,” he said.

For both, this appeal as well as the possibility of going further to CAS presents the final opportunity to preserve their legacy. They are currently tainted men in FIFA’s eyes and while the criminal investigations into the embattled governing body are ongoing, more bombshells could still come. So far, neither has been indicted and with one of the key players in the FBI investigation, Chuck Blazer, currently bed-ridden and unable to speak, both might yet find a way to avoid charges which is why they are fighting so hard to clear their names with the sport’s governing body.

Blatter, however much of a scoundrel he might turn out to be, had an enormous impact on the commercialisation of FIFA. His role in bringing the world’s beautiful game commercial success and turning it into the powerhouse of sport it is today will forever be remembered, even if it might become a bittersweet memory. Platini, while not quite as extraordinary as an administrator, was a phenomenal player and to have that memory erased because he couldn’t keep his hands out of the cookie jar will be a shame.

Blatter’s influence still looms large in many areas of FIFA. One of the presidential candidates, Gianni Infantino, has refused to rule out the idea that Blatter could return. Infantino unveiled new proposals for how he plans to clean up FIFA at the start of this month and did not criticise the man who was at the helm of the sordid saga for so many years. Infantino said that Blatter should not be judged until he has exhausted his right to appeal.

“He has been for 40 years in FIFA and I respect very much all the work that he did in terms of football development around the world, and this comes true when you travel in the world as well.”

Blatter himself had previously said he would like to preside over the extraordinary congress as his last hurrah at FIFA because “after 40 years, it can’t happen like this”. What exactly this will be, we’ll know once the verdicts from the appeals committee are reached. DM