What have you done for me lately? Tracking SA MPs and how hard they work (or not) 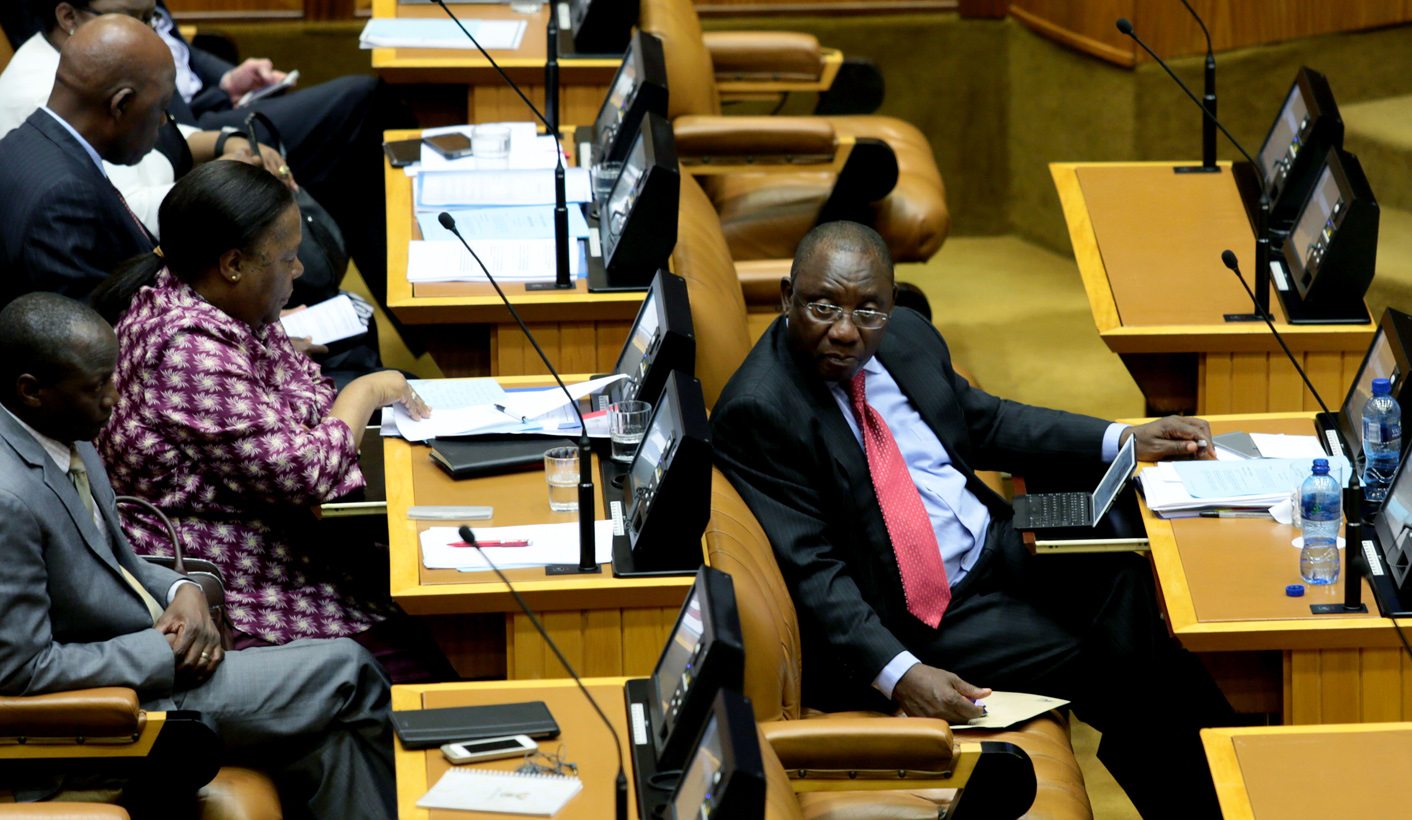 The People's Assembly website, which hopes to promote accountability between ordinary citizens and elected representatives, has just released a nifty little data cruncher monitoring the attendance of members of parliament at committee meetings where much of the real work gets done. While it shows that Winnie Madikizela Mandela is still MIA, the data holds a few surprises. By MARIANNE THAMM.

The first session this year of the Fifth Parliament of South Africa kicked off on 26 January and will come to a close after eight weeks on 18 March. From 16 February to 23 March, this year, there are around 76 committee meetings scheduled for the National Assembly and National Council of Provinces. But how well has your MP performed so far and in the past?

This week the People’s Assembly project – funded by the Indigo Trust, and which relies on Parliamentary Monitoring Group’s reports on committee work – released a handy data crunching feature that tracks the attendance of MPs at committee meetings. (Disclosure: Daily Maverick is a recipient of an Indigo Trust grant.)

Observers have commented over the years on the declining quality of parliament’s work, but there may be a myriad of reasons why a particular committee might be effective, or not, or why MPs might fail to attend meetings. The effectiveness of a committee rests often on the strength of chair who is appointed by the ANC as the majority party. Parliamentary committees are the “engine room” of parliament. Opposition MPs have complained also about last-minute announcements of committee meeting dates and programming that is often ad-hoc.

At some point non-attendance was considered a serious enough problem to be discussed by the ad hoc Committee on Parliamentary Powers and Privileges. However, The People’s Assembly chart notes which member left meetings early or who arrived late, a mechanism that seems to have been implemented to keep track of those MPs who used to arrive, sign the register and leave a short while later hoping that this would be the only record.

The ANC, as the majority party, dominates most of the committees while members of smaller parties are run off their feet attending multiple committees so perhaps we shouldn’t judge too harshly.

Besides just think about it – 79 committee meetings! Couldn’t happen to a bunch of nicer people.

While the full People’s Assembly Attendance records are available here, we offer, in the meantime, a few highlights.

In May last year, EFF MP and national spokesperson, Honourable Mbuyiseni Ndlozi, told the Mail and Guardian that while the party might be small it had “dedicated” MPs who would “ensure it is prepared for each committee plenary”.

However the People’s Assembly tracking of the party’s performance this year paints a rather different picture. So far the party has scored a 29 percent attendance rate, with 14 out of 26 members not attending any meetings. EFF leader Honourable Julius Malema too scored a zero percent rating having missed one meeting of the Mineral Resources committee which adopted the minutes of the Mpumalanga oversight report.

In 2015 Malema attended four meetings out of 51, and scored an attendance rate of eight percent while in 2014, from the start of the Fifth Parliament, he attended only eight out of 22 meetings scoring 36 percent.

This year the Honorable Ndlozi missed the Communications First Term Draft Committee programme: 2015 outstanding minutes adoption. In 2015 Ndlozi attended 16 out of 50 meetings scoring 32 percent, while in 2014 he was a busy bee attending 14 out of 26 meetings and scoring 54 percent.

The hardest working EFF MP is the Honourable Moses Mbatha, who scored 100 percent attending four out of four meetings this year. Last year he attended 28 out of 49 meetings and scored 57 percent. In 2014 he clocked up a 65 percent attendance rate.

Honorable Floyd Shivambu, like Honorable Malema, has a zero score so far missing five meetings this year. In 2015 he attended 26 out of 136 meetings scoring 19 percent. In 2014 he scored 33 percent attending 21 meetings out of 63.

There are no details for 2016 for the Honourable Mmusi Maimane, who took office as DA leader in May 2014. In 2015 he scored a zero missing two meetings and in 2014, at the start of the Fifth Parliament, had attended two out of six meetings scoring 33 percent.

It should be remembered that both the EFF and DA leaders have been very busy leading various public protests and marches and so have a relatively good excuses for missing meetings – or do they?

David Maynier, DA Shadow Minister of Defence and Military Veterans has been a good boy, scoring 100 percent attending all three of the meetings he was supposed to so far this year. Last year he attended 34 out of 45 meetings scoring 76 percent, while in 2014 he achieved 84 percent attending 16 out of 19 meetings.

Honourable John Steenhuisen too has been working hard scoring an 80 percent attendance rate in 2015 making four out of five meetings.

So far the ANC has scored an overall 70 percent attendance average with many MPs scoring 100 percent apart from Honourable Winnie Madikizela-Mandela who scored a predictable zero, missing the one meeting she was supposed to attend this year. In 2015 she scored 12 percent, attending two meetings out of 14, and in 2014 she scored another zero attending no meetings whatsoever.

Only three of the 10 IFP MPs seem to have done any committee work this year. They are the Honourable Khethambala Sithole who has a 75 percent attendance so far this year, attending three out of four meetings. Last year he scraped in at 36 percent and in 2014 he scored 47 percent. Other IFP MPs who attended meetings were Honourable Jan Adriaan Esterhuizen who scored 25 percent this year, 41 percent last year and 54 percent in 2014. IFP MP Mkhuleko Hlengwa, who attended two out of five meetings this year, scored 40 percent, while last year he made 28 out of 88 meetings scoring 32 percent. In 2014 he attended 19 out of 49 meetings scoring 39 percent.

Overall the IFP scored a 15 percent average this year and 28 percent in 2015.

The three UDM MPs scored 30 percent this year and 22 percent in 2015. Honourable Bantu Holomisa, UDM Leader, only attended two meetings out of 45 in 2015 scraping in at four percent compared to 32 percent in 2014 when he attended seven out of 22 meetings.

Agang has fared dismally this year with a zero percent score, its two members having missed all of their meetings. Last year the party scored 11 percent. The party’s Vice President, the Honourable Andries Plouamma, who has been accused in the past of showing up at meetings only to scoff the food, has missed five meetings this year, went to eight out of 88 meetings last year scoring 12 percent while he was slightly busier in 2014 attending 15 out of 34 meetings and scoring 44 percent. DM