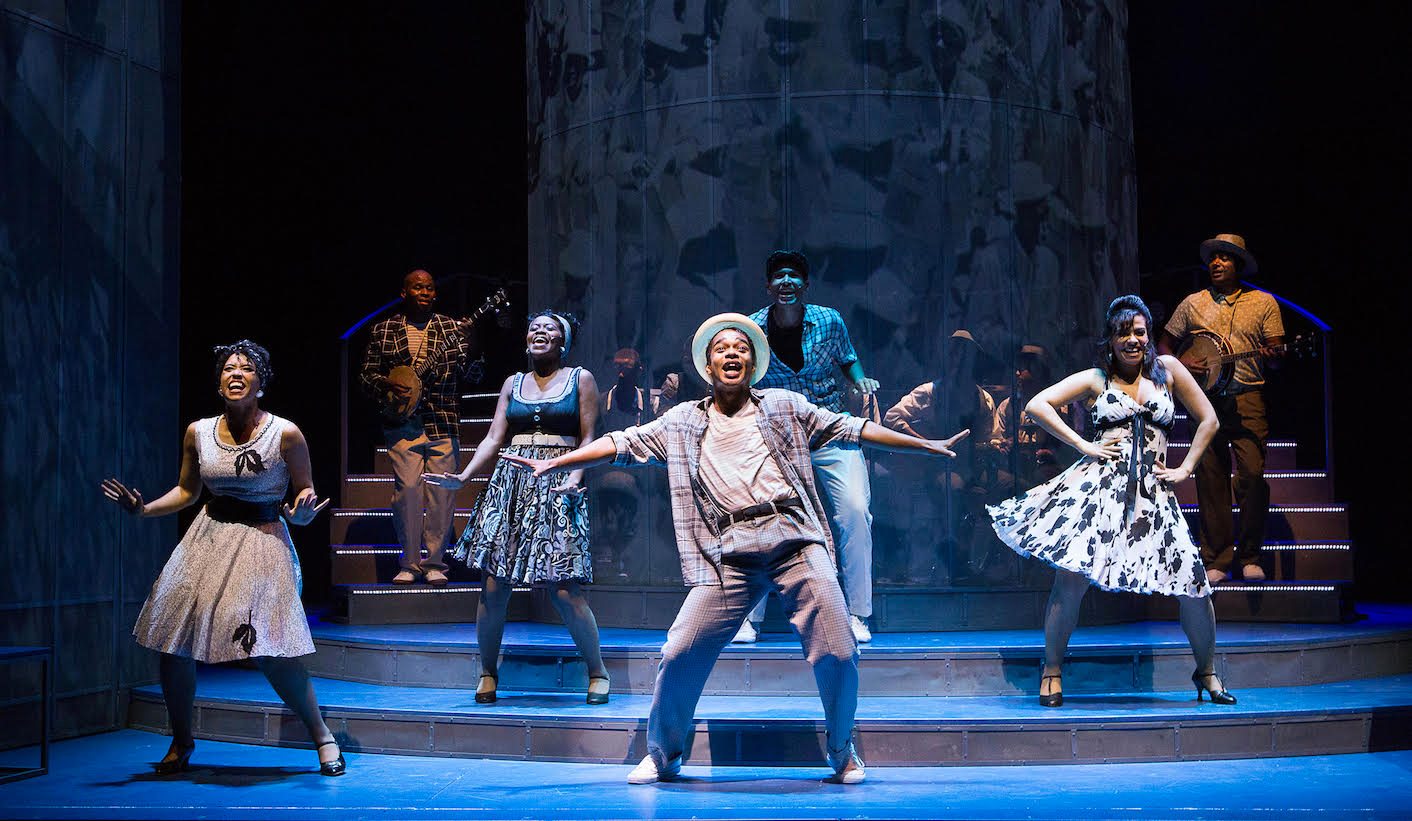 Thirty years ago the late Taliep Petersen and David Kramer co-wrote “District Six: The Musical” which went on to become a theatrical phenomenon in South Africa, playing to packed houses for several years. Now to commemorate the 50th anniversary of the declaration of District Six as a white area under the Group Areas Act, Kramer has created a musical tribute reviving some of the original show's most enduring songs. By MARIANNE THAMM.

When David Kramer and Taliep Petersen first teamed up in 1986 to create a musical that would pay tribute to the lives and the spirit of the area at the foot of Table Mountain that was once home to around 60,000 people, they had no idea the impact their collaboration would have on those communities, on the survivors of who had been forcibly removed, or their descendants.

Within days of its opening at the Baxter Theatre, long queues snaked around the building as people stood patiently to buy tickets for a show, that for the first time, reflected and celebrated a reality and lives seldom seen on a mainstream theatre stage. Until then, no other show at the Baxter had enjoyed such popular appeal.

The charm of “District Six: The Musical” was not only the large cast, made up of many untrained but hugely talented singers, musicians, dancers and actors, but also its playlist of around 13 original songs blending Petersen’s musical genius and knowledge with Kramer’s gift for storytelling.

The show ran until 1990, playing over 550 performances seen by around 350,000 people before it also toured nationally and internationally. In 2002 Kramer and Petersen revived the show, tweaking the script and refreshing the musical arrangements.

Today that soundtrack, with infectious songs such as “The Heart of District Six”, “My Broertjie, my Bra”, “Galiema”, “Blind Man’s Tears”, “Queen of Hearts, “When the South Easter Blows” and “Seven Steps of Stones” has become a classic.

Many of those who first starred in the original musical went on to enjoy considerable success, their talents finally recognised and appreciated. Many have since died, while a few veterans continue to perform. Kramer and Peterson went on to enjoy a greatly successful partnership creating several successful shows together until Peterson’s shocking murder, a hit organised by his wife Najwa, in 2006.

To commemorate the anniversary of the 50th year since the declaration of District Six on 11 February, 1966, as an area reserved for whites, Kramer has created“District Six: Kanala” a musical tribute featuring many of the original songs that capture the heartache, joy, playfulness and devastation left after bulldozers razed this “mixed” suburb with its blend of architectural styles finally eradicating one of the most vibrant communities in Cape Town.

“District Six: Kanala” (District:Six Please) currently on at The Fugard Theatre housed near the now still empty land that was once District Six, is a pimped up 21st Century version of the original with none of its raw edges but still deeply moving and relevant.

It is the equivalent of a digitally remastered package built around many of the original hits but this time lifted to new heights by superb musical arrangements and interpretation by seasoned musicians led by Donveno Prins (saxophone) and including Lorenzo Blignaut (trumpet), Anthon Mannel (drums), Dylan Roman (keys and synth), Angelo Syster (guitar) and Craig van Willingh (bass). The musical director of this show is the versatile Alistair Izobell.

The cast of young professionals, Loukmaan Adams, Carlo Daniels, Sne Dladla, Andrea Frankson, Natasha Hess, Bianca Le Grange, Edith Plaatjies and Cleo Raatus, bring an extraordinary range of talents too – they are required to sing, dance, play comedy and drama – all of which adds up to a slick, seamless and fast-paced celebration.

Kramer has created the conceit of a young woman who flips through her granny’s album of District Six bringing to life characters and memories. While the story might be slight and lacks the raw impact of the original, there are enough ghosts folded into it to tap into the original lodestar that rendered “District Six: The Musical” so unique and memorable.

Visually too the versatile set by Saul Radomsky – featuring a circular centre-stage sarcophagus-like structure used to project archival photographs which create each scene – renders the production uncluttered and minimalist but without losing the depth and nuance of the story.

An attention to detail, including costumes by Birrie Le Roux, lighting by Daniel Galloway and Benjamin de Plessis and sound design by Aki Khan and David Classen, all adds to the polished final-product.

“District Six: Kanala” rests gently on nostalgia and memory rather than politics. For the reality of this you need only drive a short distance from the theatre through the still-desolate and undeveloped graveyard that once held the lives, hopes and dreams of those who were driven from its bitter-sweet embrace. DM