The Rivers’ rerun: A crucial Nigerian local election nobody is watching 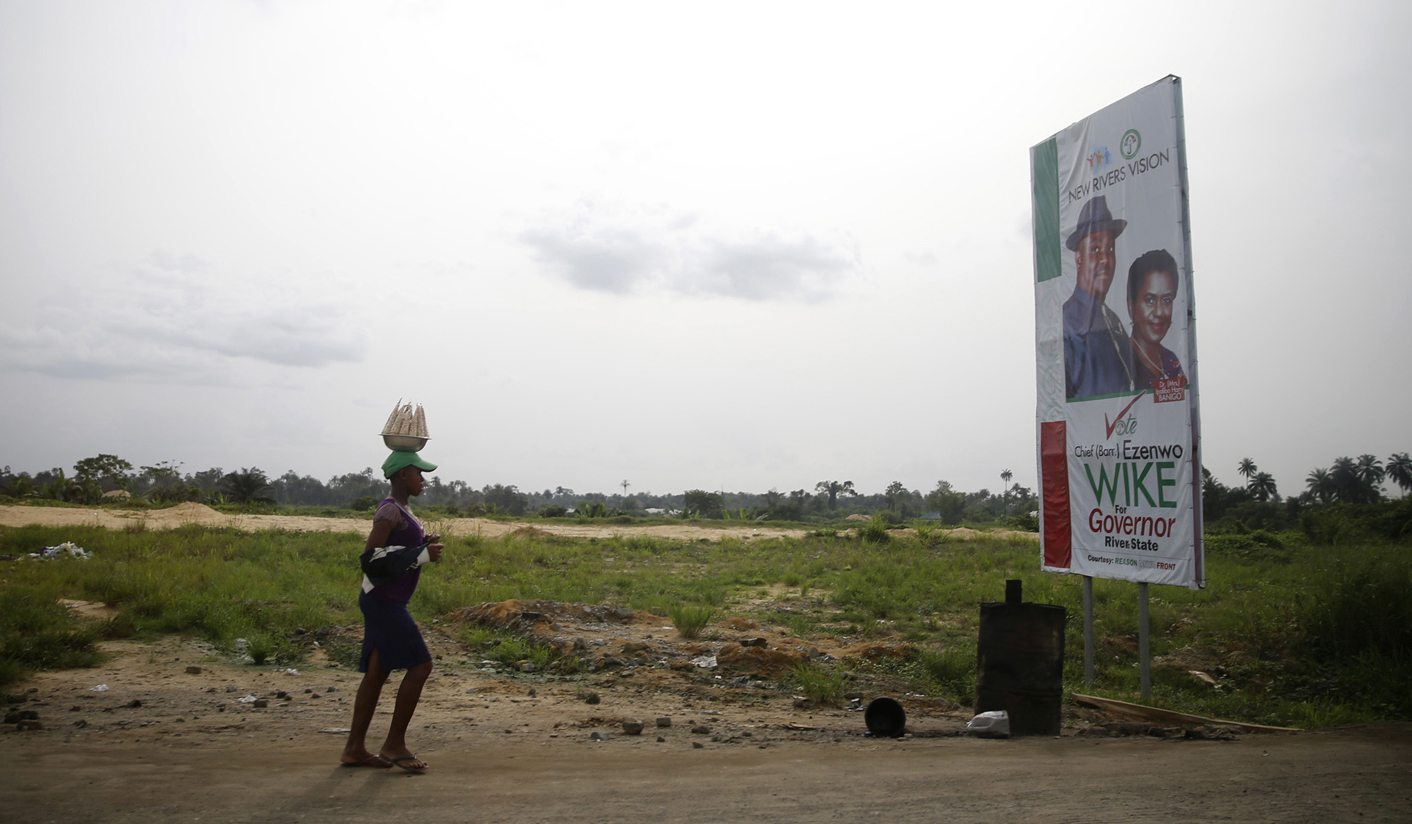 National elections in Nigeria in March 2015 brought Muhammadu Buhari of the newly-created All Progressives’ Congress (APC) to power, despite the fact that failed to win any of the oil-producing states in the Niger Delta. In these states, the the incumbent People’s Democratic Party (PDP) of former President Goodluck Jonathan triumphed.What will this mean for Nigerian democracy? By FRANK CHARNAS.

Control of the Niger Delta Region is crucial for the successful governing of Nigeria. A March 19 rerun election in the Delta’s Rivers State, the second richest state in the country (behind the economic hub of Lagos State), and the center of the country’s oil industry, thus shines a light on the true nature of Nigerian democracy. What it reveals is a pattern of electoral malpractice – especially in areas not captured by the current ruling party, All Progressives’ Congress (APC).

Rerun elections in Rivers State were initiated by the Independent National Electoral Commission (INEC), following a ruling by the Supreme Court. An estimated 2.15 million people are expected to vote in the rerun elections in which 22 House of Assembly, 12 House of Representative and three senatorial seats will be contested. To date, elections in the region have not been desirable examples of Nigerian democracy.

Gubernatorial polls were held in the state on April 11, 2015, and the PDP candidate, Nyesom Wike, was elected as governor over the APC candidate, Dr. Dakuku Peterside. Following the polls, Peterside commenced a hearing on the elections at the Electoral Tribunal for Rivers State, claiming that Wike was fraudulently elected due to widespread malpractice during the voting.

The tribunal ultimately ruled that Wike’s election was indeed fraudulent and ordered a rerun within 90 days of the October 24 judgement. The ruling was successfully challenged by Wike at the Supreme Court which upheld his election on January 27, 2016. However, INEC announced that despite this decision, rerun elections would go ahead for nullified House of Assembly, House of Representative and senatorial seats.

There is a strained relationship between the Niger Delta and the federal government. The people of the Delta resent that its oil wealth is spread throughout the country, while a large number of its citizens remain impoverished. This resentment has in part been the catalyst for the emergence of a number of rebel groups, most notably the Movement for the Emancipation of the Niger Delta (MEND). MEND has led an often violent and economically damaging insurgency against the government, which still continues in an isolated manner, despite the 2009 amnesty and reintegration agreement.

It is likely that these groups may again increase their activities, especially in light of President Buhari’s announcement that protection of the oil pipelines would be carried out by the Nigerian military and no longer by local groups, who have been profiting from this task. In practice, the federal government was paying local communities not to rob the pipeline. Moreover, the monetary compensation that ex-combatants received as part of the 2009 amnesty deal has come under review after the period for repayment ended in December 2015.

A recurrence of widespread violence could gravely damage the oil industry in the country, severely hurting the Buhari presidency as well as the economic standing of the country as a whole. In an effort to more directly tackle corruption, mismanagement and malpractice in the sector, President Buhari has appointed himself as Minister of Petroleum and will thus be most closely linked to the workings of the region, despite his party’s lack of control in the area.

Therefore rerun elections gain increased importance, given that they represent the potential for Buhari’s APC to gain a small foothold in the economic soul of the country, further easing the president’s ability to legislate in the region and reform the corruption tainted oil sector. That said, perceived malpractice in such polls may damage the country’s newly acquired image as a bastion of democracy.

The APC has the most to gain from rerun elections, and Governor Wike has accused the party of using the electoral commission to allow it to enter the states government “through the window” after the Supreme Court shut the door on the attempt to have the elections nullified. This is not the first example of the newly elected ruling party being accused of dirty tactics in the Niger Delta.

Elections held in neighboring Bayelsa State in December 2015 witnessed incidents of intimidation blamed on APC supporters as well as vote rigging and irregularities that forced polling in some Local Government Areas to be postponed until January 7. Results eventually found that the PDP candidate Seriake Dickson had been re-elected as governor, however the APC have contested the polls claiming that the electoral commission in the state was rigged in favor of the PDP. Therefore, closer examination reveals that the much-lauded Nigerian democracy is witnessing continuous electoral illegitimacy, especially in economically critical areas that were not captured by the ruling party.

The rerun elections in Rivers State probably represent one the most important political events of the month. Democracy in the region to date leaves a lot to be desired and the planning of these polls does not bode well for their legitimacy. Nevertheless, these elections are a measure not only of Nigerian democracy, but could have far reaching effects regarding President Buhari’s capacity to influence the continent’s largest economy and reform the corruption tainted oil sector. DM