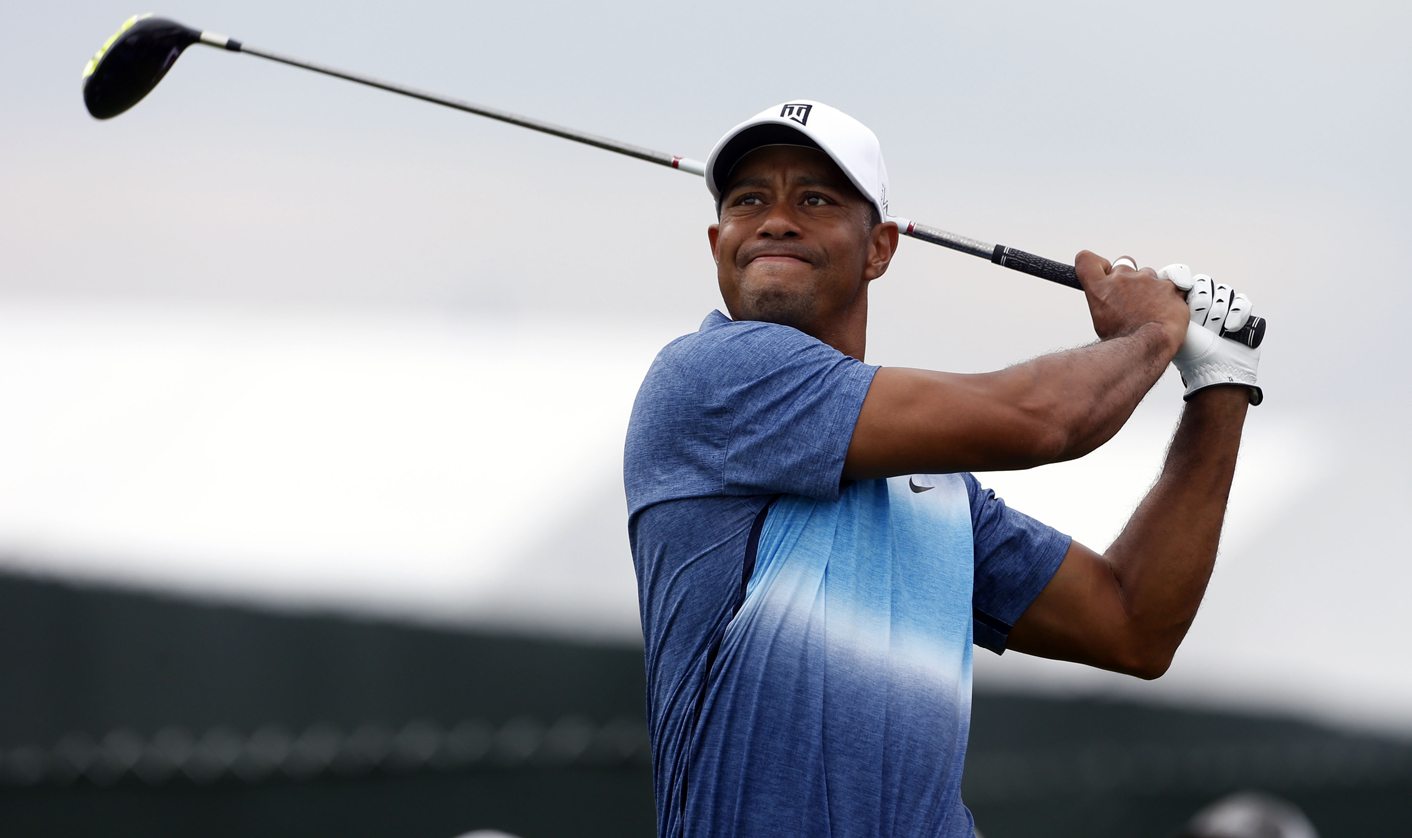 Not many are blessed with the genuine sporting talent and gifts. Even fewer possess the qualities that will enable participation and success at the elite level. Like any commodity, talent needs to be nurtured wisely to see it flourish into something tangible. Where should an athlete invest that talent and how should it be done? By DANIEL GALLAN for CONQA SPORT.

This article was first published on Conqa Sport and has been republished with permission.

Much of Tiger Woods’ success is attributed to his father’s love of golf, and the subsequent years of training and belief that he instilled in his son. But what if it had been tennis instead? What if he looked at his little boy and envisaged him breaking records on Centre Court at Wimbledon rather than the 18th green at Augusta National? Would we still know who Tiger Woods is? Would his name still be synonymous with sporting domination and athletic greatness?

One thing is for sure, if Earl Woods decided to hand little Tiger a tennis racquet instead of a golf club, he would have done so as early as possible. Tiger would have received nothing but the best in terms of training, access to facilities and equipment in his (and his father’s) quest to become a global tennis superstar.

In this world, Woods jumped head first into golf when he was just two and now hits a ball as if his body and mind were crafted for the job. There are an infinite number of variables that constitute athletic greatness and in Woods’ case they all clicked into place.

If it were tennis instead of golf, Woods might well have been a successful junior player, but at any point along the way, anything could have gone wrong.

At 1.85m tall, Woods’ height wouldn’t have been an issue (though he would be 3.5cm shorter than the average male player at this year’s Australian Open) and we know his hand-eye coordination is impeccable. But what of his foot speed? What if he developed a shoulder strain that meant his backhand couldn’t cut it at the elite level? There are countless “what ifs” but the point is Tiger and Earl Woods invested everything they had on one share and hit the jackpot.

Their story is the one in a million. The other 999,999 failures who took the same gamble by investing all the talent they had on one sport and went bust are lost to anonymity. Despite the odds, parents still take the risk on early specialisation, but it is the biggest talent development gamble in elite sport.

Every year, hundreds of aspiring golfers between the ages of five and 25 walk through the doors at The Golf School of Excellence (TGSE) in the leafy suburb of Linksfield, Johannesburg, hoping to begin a path to major glory. Every one of them, along with their parents, sit with founder and Performance Director, Michael Balderstone, and gets asked the same question: “What other sport, besides golf, does your child play?”

A former professional golfer himself, Balderstone is adamant that an eclectic sporting background is vital for success in any single discipline. He says that physical literacy – the fundamentals of balance, coordination, body rotation and agility – is best improved by participating in a variety of sports during the developmental years before adolescence hits at around 14 or 15.

“It is so much easier to develop golf technique, which is a complicated movement, if you have sound physical literacy,” says Balderstone, who has 75 full time golfers at his academy. “The rotation or hitting ability required in golf might have been developed swinging a cricket bat, or the ability to distinguish distance and space might have been honed on the wing of a rugby field.”

The science supports late specialisation. In a 2011 study called Late Specialisation: The Key to Success in Centimetres, Grams, or Seconds (CGS) Sports, Danish scientists examined the training hours of professional athletes in their chosen sport throughout their development, starting at 9 and finishing at 21. They wanted to see if more training hours early on in childhood had a direct correlation to success in adulthood.

The Near-Elite athletes had a head start on the Elite athletes, but flagged well behind at an age where professionalism and world recognition can be attained. Why is that? For renowned sport scientist, Ross Tucker, the answer is twofold:

The first explanation is a cautionary tale against secondary parties pushing young people to do sport. In his autobiography, Open (2009), Andre Agassi wrote, “I play tennis for a living even though I hate tennis, hate it with a dark secret passion and always have.” Like Woods, Agassi had a father that pushed his son into sport. He would introduce the young man as “The Future Number 1 Player in the World”, and even coerced his son to play a match for money as a nine-year-old.

How many Near-Elite athletes around the world reached a certain point but simply couldn’t do it anymore? The psychological implications of years of expectation and pressure must take its toll. When these athletes reach adolescence, they finally say “enough” and drop down the pecking order, only to be replaced by those filled with the motivation and, crucially, ability to put in the required work.

Tucker’s second explanation makes sense once you understand how genetics creates a ceiling in most sports, especially CGS sports (running, swimming, weight lifting, rowing). In The Sports Gene (2013), David Epstein shows how certain sports require a particular genetic composition in order to be successful at an elite level. Sports like football are more tolerant of variation, which is why a man with Yaya Toure’s build can be as successful as a man with Lionel Messi’s build.

But if you want to win an Olympic medal in the 100m dash, you need to possess certain physical attributes that allow for speed and explosive power. Same goes for winning a marathon or lifting a heavy weight above your head.

This is why we can’t say for certain that Tiger Woods would have been as much of a success had he taken up tennis rather than golf. An athlete’s genetic composition creates a bracket along a linear scale of physical ability. An athlete’s environment, training, mental fortitude and motivation determine where in that bracket he or she will be placed. If that genetic bracket’s parameter falls short of what is required for success in a particular sport, 10,000 hours won’t be enough. Nor will 100,000. Lionel Messi, despite being the phenomenal athlete that he is, would never be able to win a medal in the 100m dash. There are many ways to be successful in football, but only one way to win over 100m.

Early specialisation is a risk because you can’t only say with any certainty what body type a child will have once adolescence has been reached. If that is the case, it makes no sense to invest whatever talent the young athlete has in only one sport.

To avoid risk, young athletes and coaches need to build up physical literacy through a variety of sports. As Balderstone says, “Physical literacy is the foundation on which all other sporting ability is built on.”

The former World Number 1 golfer, Greg Norman, only started playing golf around the age of 16. However, growing up in sunny Australia exposed Norman to many sports. He was an accomplished swimmer, and regularly played Australian Rules football and cricket. Hitting a golf ball was just another movement to which his body adapted.

Jordan Spieth, AB de Villiers, Abby Wambach, LeBron James, Roger Federer; the list of athletes that specialised later in life rolls on long past the one of early specialisers.

It’s important to remember that not all athletes are created equal, and there will never be a one-size-fits-all model for success. “Every story is a study of one,” says Tucker. “It’s about playing the odds. If you diversify you’re more likely to decrease your risk but that doesn’t guarantee success.” It’s plausible to assume that Woods would not have reached the top if he hadn’t invested everything he had in golf.

“That is one of the failures of scientific research,” says Tucker. “It groups 150 people into one group and says they’re the same.” All we can say for sure is that late specialization is better for most people. The “how’s” and “whys” are where the future of this research lies.

Delaying specialisation means diversifying, and diversifying is a safe strategy because it gives a young athlete options. There are countless reasons why a young athlete with promise won’t go on to become an elite performer. One thing is certain, if you’re going to gamble on becoming a champion, it’s best to play the odds and spread your bets. DM