Health-E News: The Age of Alzheimer’s 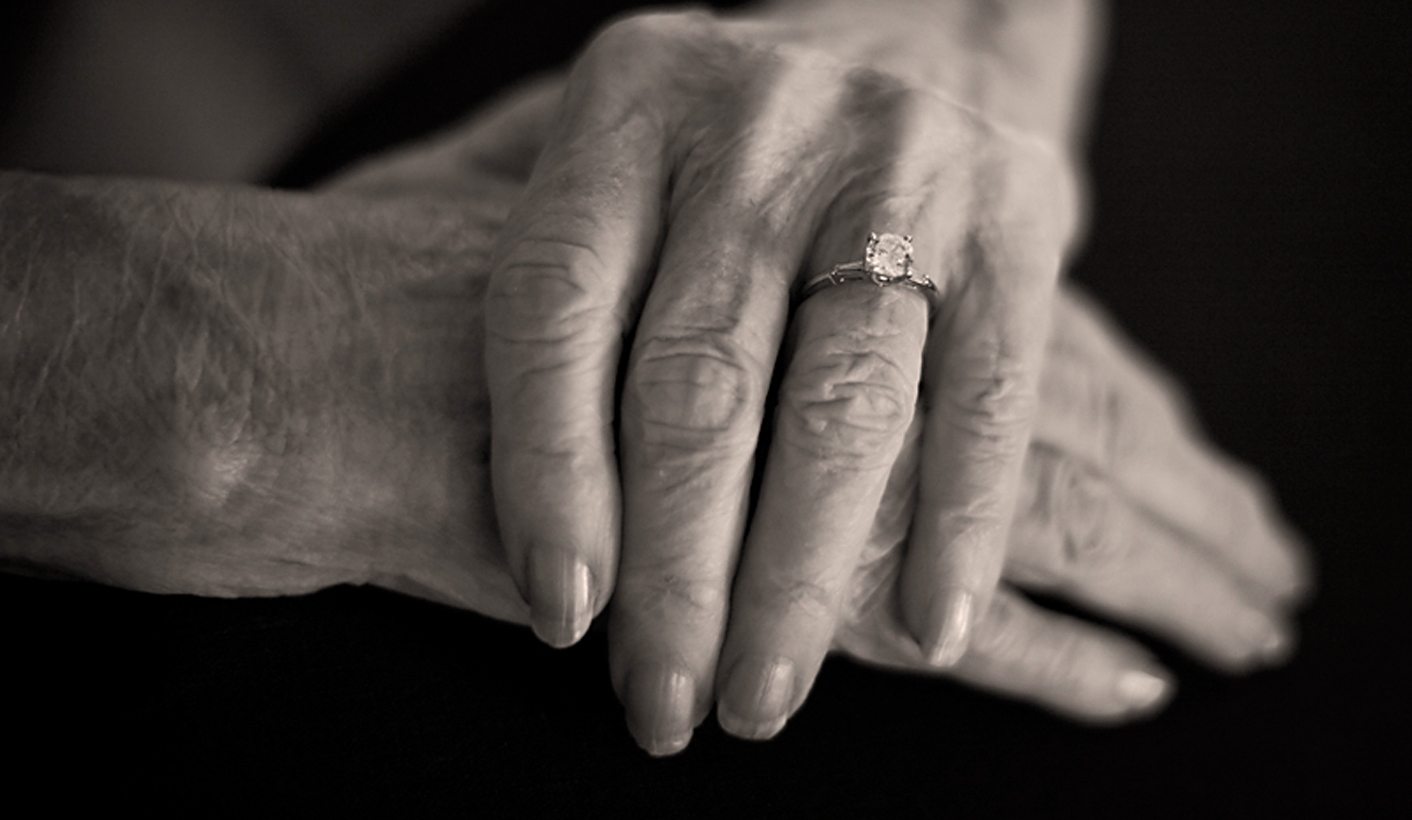 An ageing population brings with it the challenge of a host of health issues. Dementia is only one nettle that must be grasped. There are many measures that could slow this down this mental deterioration, food as medicine is just one. By KERRY CULLINAN for HEALTH-E NEWS.

When I first met Margaret (not her real name) a few months ago, her impeccable manners had outlasted her memory. She observed polite greeting rituals with people she no longer remembered.

“How do you do, dear?” she would ask with a slight frown as she scanned your face, dimly aware that some of the people she greeted had significance.

Margaret started to ask for help with what were once simple tasks – buttoning a cardigan, unzipping a jacket –often pointing at what she needed in frustration, unable to find the words to express herself.

More recently, Margaret’s memory has slipped away even further.

She no longer remembers most of the words of greeting. No she makes small sounds that make no sense. She has forgotten how to use cutlery and needs someone to feed her. She had started to eat the paper serviettes instead of the food.

It is not that her body cannot function; it is her brain that is less and less able to instruct her body how to work.

Margaret has Alzheimer’s disease. As it progresses, she is going to forget how to do almost everything she has learnt; thinking, eating, walking, washing and going to the toilet.

Alzheimer’s is the most common form of dementia. It is a catch-all word to describe a decline in mental capacity that is severe enough to undermine daily life. Alzheimer’s is a degenerative brain disease that affects the functioning of neurons, the nerve cells that carry messages to and from the brain. People with Alzheimer’s develop an abnormal build-up of sticky proteins and fibres in their brains that are believed to block the neurons, eventually causing brain cells to die and the brain to shrink.

There is no cure for dementia but there are a number of things that can be done to slow its progression – diet and vitamins for example.

Professor Celeste de Jager from the Division of Geriatric Medicine at the University of Cape Town was part of a study published last month in The Journal of Alzheimer’s Disease which found that Omega 3 (found in fatty fish) combined with Vitamin B could slow down “cognitive decline” in people over the age of 70.

For De Jager, there are two immediate priorities for addressing dementia in South Africa.

“First, we need more research on how nutritional interventions can slow down cognitive decline. Ageing and dementia are not seen as priorities for research.”

Secondly there is medicine available to slow down the effects of dementia, some of which work by exciting neural transmission. More people need access to this, and more research is needed to find other effective medicines.

Other conditions such as depression and HIV infection are risk factors for the progression of dementia, but these conditions are treatable. Women are more likely than men to get it, with some speculation that this is linked to the depletion of oestrogen during menopause.

Exercise, music, dance and art therapy are novel areas of research that show promise for slowing the brain’s degeneration and even for the building up of new neural pathways. These creative therapies may reduce behavioural symptoms of dementia such as agitation and anxiety and reduce the need for antipsychotic medication.

It is hard to say exactly how many South Africans suffer from dementia. Alzheimer’s SA, a non-profit organisation that helps patients and their families to cope, including by organising support groups, counselling and training for caregivers, believes it is around 2.2 million people but large-scale research has never been done to determine prevalence.

De Jager is involved in a large project in the Eastern Cape, together with the Donald Woods Foundation and Dementia SA, to measure the prevalence of dementia in a rural Xhosa-speaking population. Some 1 500 older people have already been screened and blood tested.

Although she is still working on the analysis, De Jager believes there is evidence of dementia being prevalent in the population surveyed.

The only other community-based prevalence study was conducted in Mangaung in the Free State. Around six percent of the 200 people screened showed signs of dementia, according to news reports.

“We offer basic cognitive testing in Gauteng, KwaZulu-Natal and the Eastern Cape and refer people with memory problems to doctors,” says Beech, who says it takes about ten years for Alzheimer’s to completely debilitate a person.

Often a family member has to be assigned to look after their relative with Alzheimer’s on a full-time basis. Medicines to slow the progression of the disease are not on the essential drug list, which means that it is hard to get access to without a medical aid.

While most universities have introduced courses on geriatric medicine in the last decade, De Jager says it is “very difficult to get clinicians interested in specialising in geriatric care”.

“In 2011, SA had fewer than ten geriatricians and fewer than five specialists in old-age psychiatry for a population of 3.8 million persons aged over 60 years,” De Jager and colleagues noted in a guest editorial in the SA Medical Journal last March. “Dementia drugs to improve cognitive function and treat underlying depression and/or behavioural disorders are expensive and unavailable on the Essential Drug List, and are therefore beyond the reach of the majority of older persons.

“There is a great need for family support and care services for problems encountered with daily living and behaviour. A study in Cape Town found that 79% of a memory clinic’s clients were being cared for by family members. Some of whom had given up their jobs to do so.”

Two-thirds of South Africans are under the age of 35, while more than a third is children under the age of 18. It thus makes sense that our health sector is oriented towards children and young people, but this should not be at the expense of older people.

Aside from deserving of a decent standard of living in their old age, many families are dependent on older relatives to care for the household’s children while their pensions are a key source of household income. The health of the old is intrinsically bound with the future of the young. DM