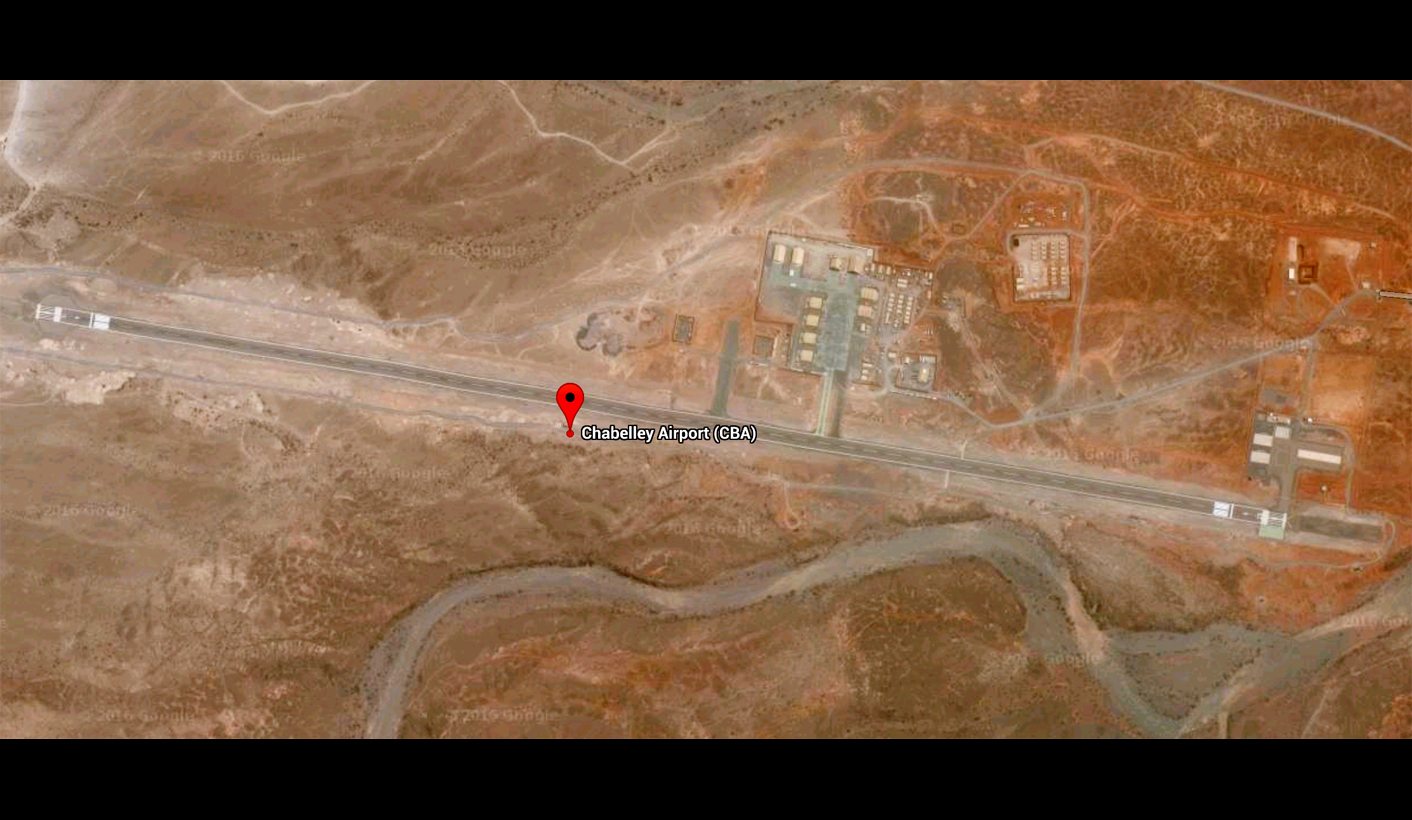 Officially, the United States has one military base in Africa. Unofficially, the story is a little different, according to investigative journalist Nick Turse. Turse has uncovered a massive network of secret US military locations that span the length and breadth of the continent, an unmistakeable clue that indicates that Africa is where the US is planning to fight its future wars. By SIMON ALLISON.

In mid-2015, award-winning investigative journalist Nick Turse published his latest book, Tomorrow’s Battlefield: U.S. Proxy Wars and Secret Ops in Africa. Daily Maverick’s Richard Poplak described it as “the most important book of the year so far…vital to the interests of every man, woman and child living on this continent.”

The book described how, in secret and at vast expense, the US military has been established a network of military locations across the continent. The generals won’t call them bases, of course, but that’s exactly what they are – 60 African staging posts for American military might, most including airstrips for resupply and drones.

Turse is in South Africa this week to promote the book. “No-one in the States seemed to be very interested,” he comments wryly – perhaps because Africa is far away and what happens here won’t affect them very much. The Daily Maverick caught up with him in Johannesburg to ask him about his research, and what it all means.

DM: The US officially has one base in Africa, Camp Lemonnier in Djibouti. Your research suggests something a little different, doesn’t it?

Turse: When I studied this in 2015, the count that I came up with was 60 different outposts, compounds, facilities and austere locations located all over the continent, north to south east to west. The US military is loath to call these bases but it is difficult to see them as anything but. Many of them are aircraft capable so that C-130s [large military cargo planes] can land on them, many are also drone bases.

Generally one of these bases is an air strip with a number of clam shell enclosures, which beige sand-coloured structures that looks like tents from the air but have a hard shell and are used for aircraft storage and maintenance. They generally have hard-structured tents that are put up, there’s usually satellite equipment as well. That’s how they start. Some, like Camp Lemonnier in Djibouti which is the main US base on the continent, will have more permanent structures designed for the long term.

What is the US military’s interest in Africa?

I think that since 9/11 the US military has looked at Africa as a source of instability, a place that is likely to produce terror groups or be the location that terrorist groups would relocate to. As a result the US has increased its footprint in every way possible. What it’s tried to do is work with local militaries, African forces across the continent to build up these forces to act as proxy forces to fight against various terrorist organisations. When the US Africa Command (AFRICOM), the umbrella organisation for all US military activity on the continent, was created in 2008, it was running about 172 of these military to military missions each year. In 2014, that had jumped to 674 per year, so a 300% increase over that time. It’s all been geared towards anti-terrorism activities, often with the exact opposite results.

How forthcoming has AFRICOM been about sharing this information?

Not very. It’s very difficult to get any kind of info out of AFRICOM, they are very tight-lipped, they often won’t give me even basic info about what they’re doing. As a results, I’ve had to get creative with my methods, piece together my info from a variety of sources: open source material, internal Pentagon documents, documents that I obtain through Freedom of Information Act requests, which is how to sometimes get your hands on classified material, and try and put all this together. Hopefully you can find some former AFRICOM personnel who will talk. Together with enough time and work you can start to get an idea of what they’re doing.

The expansion of the US military footprint in Africa must be expensive. Where’s the money coming from?

This is US taxpayer dollars at work. These bases a lot of times are hidden in the budget, but this is a sizeable outlay of money. An example: the US is putting in a base in Agadez in Niger, and this is a $50m investment, courtesy of the American people. They’re putting in an airstrip, it’s certainly going to be a drone base, probably looking toward the fight with Boko Haram. This is a serious outlay of American money which could otherwise be used for humanitarian aims or development in Africa is instead going towards this military infrastructure.

How does the US military build-up in Africa compare to its activities in other regions of the world?

I think what’s going on in Africa is very different compared to what you see in other areas of the world. A few years ago, the US government was talking about a pivot to Asia, to counter-balance China, that they would increase their footprint all over that region. That never really seemed to amount to anything. A few marines sent to Darwin in Australia, more bilateral ties in the region. But what I’ve seen and documented is a true pivot to Africa, where there’s tangible base building all over the continent. It’s akin to what we saw in some ways in Iraq and Afghanistan, not at that level but a lot of building go on almost all the time now. Very different to what you see in Asia or other theatres where the US has a presence such as Europe or South American and the Caribbean. DM

Photo: Chabelley Airport in Djibouti is an example of US military build-up in Africa and has been used since 2013 as temporary base for unmanned aircraft.