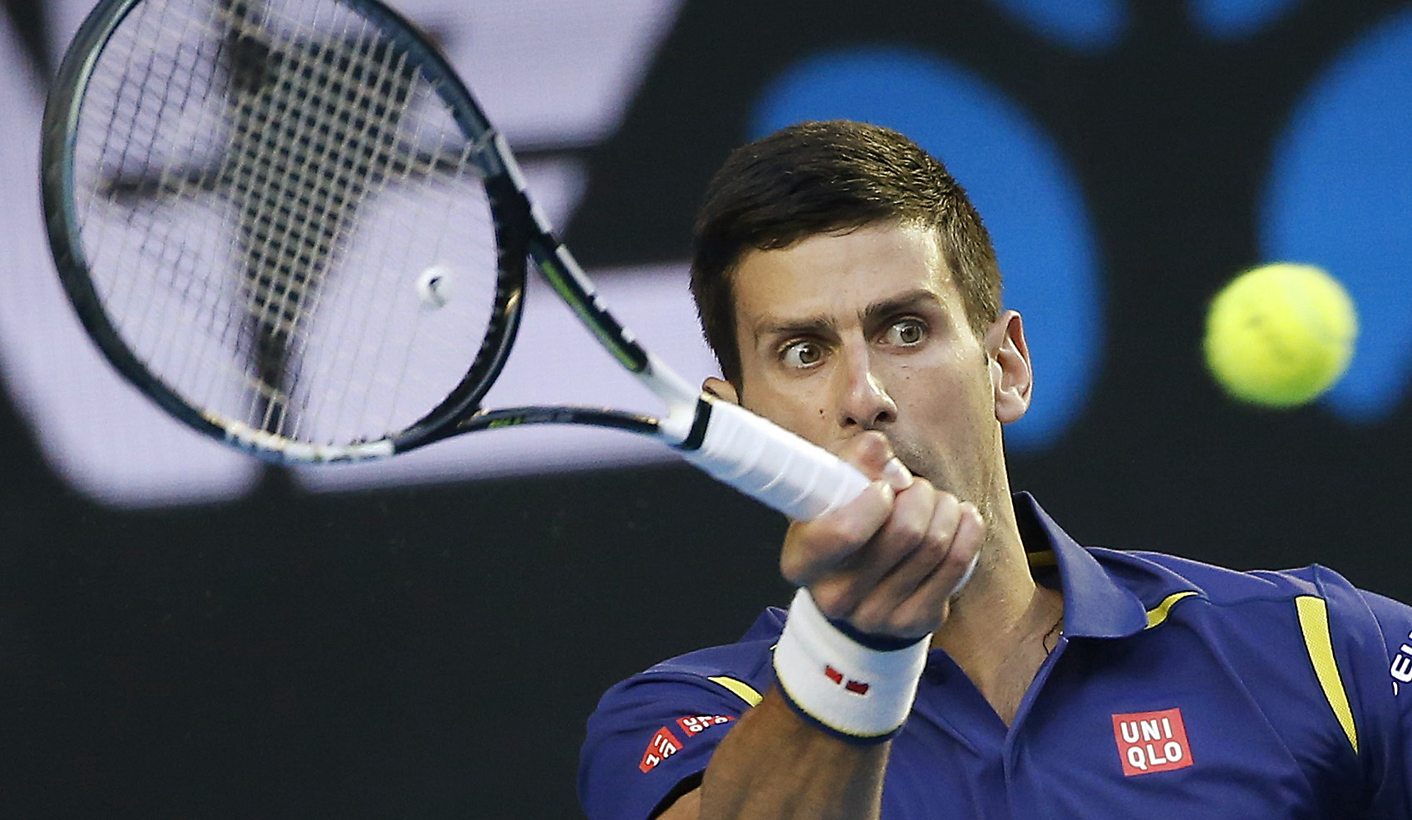 MELBOURNE, Jan 31: The defending champion was at his ruthless best under the lights at Rod Laver Arena, mauling Murray in the baseline duels and closing out the match in two hours and 53 minutes.

Murray succumbed to his fifth loss in five Australian Open finals, and fourth against the Serbian world number one, who claimed his 11th grand slam title to draw level with the totals of Australian Rod Laver and Swede Bjorn Borg.

Having fended off Murray in a marathon second set, Djokovic again had to put down some stiff Murray resistance in the third as the Scot refused to go quietly.

But having been dragged into a tiebreak, Djokovic sealed the title on his third match point with a clinical ace down the T.

For a man who has owned the year’s first grand slam for five of the past six years and won his first in 2008, Djokovic’s celebrations were subdued and he gave Murray a consoling pat on the chest as they shook hands.

After walking around the court and pumping his fist at clutches of thrilled Serbian fans, Djokovic ripped off his shirt and flung it to a young woman who jumped up and down in delight.

“Andy, you are a great champion, a great person and a great friend and I’m sure you are going to have more opportunities to fight for this trophy,” Djokovic said at the trophy presentation.

“It’s a great privilege to match the record of one of the greatest players to play the game,” he added, referring to Laver who was watching on.

Murray, whose wife Kim is heavily pregnant at home in Britain and was rocked by a medical emergency involving his father-in-law at the tournament, was magnanimous in defeat.

“I feel like I’ve been here before,” Murray said jokingly as he took the microphone.

“I’d like to congratulate Novak. Six Australian Opens is an incredible feat. And what he has done in the last year has been incredible consistency.”

Djokovic started brilliantly in his semi-final win over Roger Federer and launched the same attack on Murray, breaking the Scot twice to roar into a 5-0 lead and winning 22 of the opening 29 points.

Sealing the set with an unreturnable serve, the Serb prised another four break-points in the third game of the second set but Murray dug in to hold with an ace.

Murray began to make inroads in some brutal baseline rallies and the players traded service breaks before Murray seemed set to move 6-5 ahead when he went 40-0 ahead on serve.

Djokovic struck back from nowhere though and whipped a passing shot beyond Murray to raise a break-point after a punishing 36-stroke rally.

Murray clubbed a backhand well past the baseline to concede serve but still had chances when the Serb lost his focus with a pair of double-faults in the next game.

He clattered a backhand into the net and then failed with a forehand though as Djokovic took an 80-minute set to move clear.

Any hope of a comeback seemed remote when Murray fluffed a smash barely halfway up the net in the opening game of the decider to give Djokovic two break points, the second of which Djokovic converted with a sublime backhand pass down the line.

It looked like game over but Murray roused himself to break back at 3-3 and he still had a glimmer of hope when the tiebreak began.

But the wheels fell off for the Scot who slumped to 4-1 with a double-fault and set up five championship points with a wild shot into the tramlines.

Murray saved one match-point with an ace, then a second when Djokovic hit a forehand long but the Serb stiffened his resolve to club the winning ace and extend his reign over Melbourne Park for another year.

Here are some of the key statistics for the all-conquering Serb.