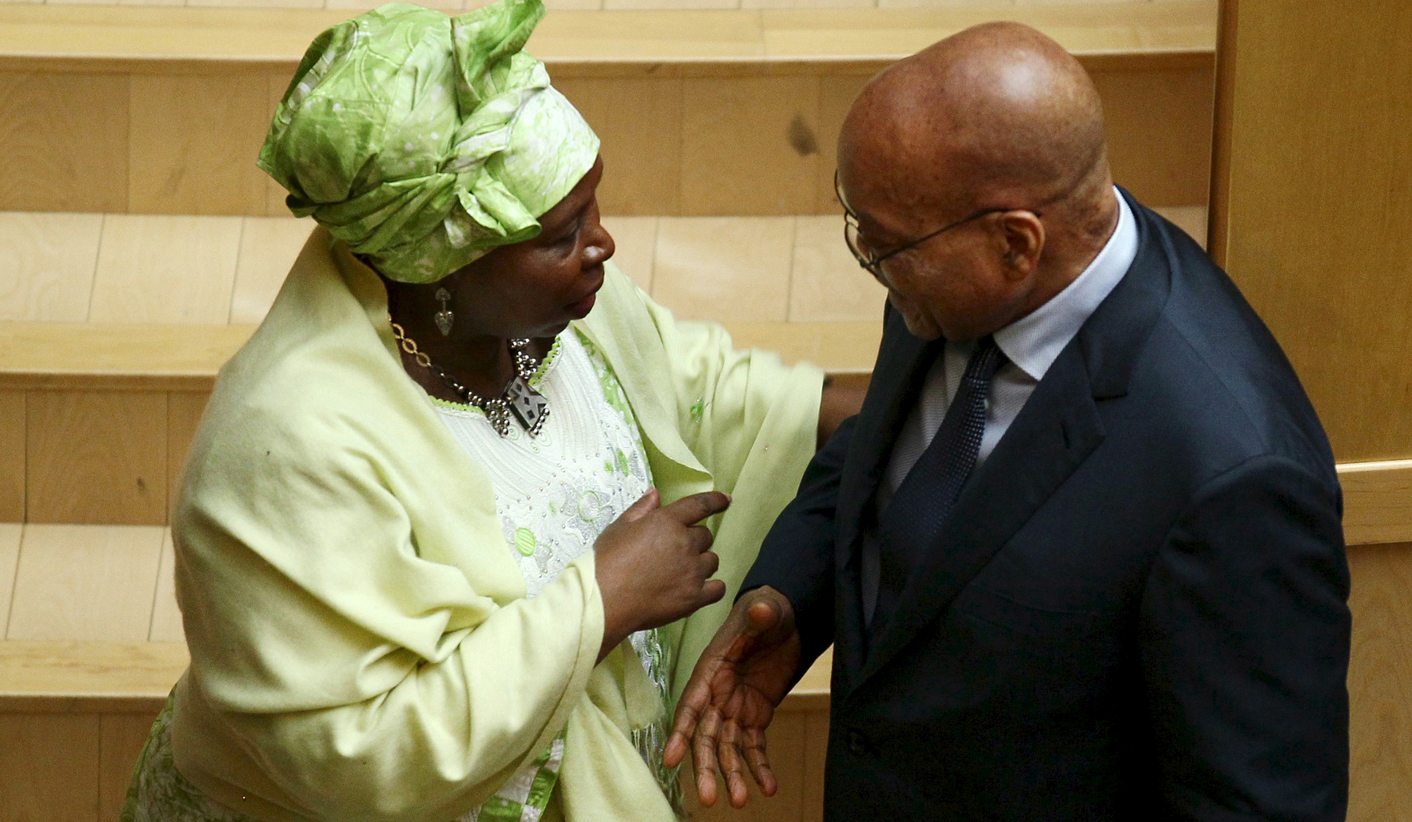 At this month’s summit, the African Union had a chance to make a real difference in Burundi. Instead, it re-elected the crisis-stricken country to its flagship Peace and Security Council, and refused to approve plans for a peacekeeping mission designed to prevent tensions from spiralling out of control. So much for all the tough talk. By SIMON ALLISON.

ADDIS ABABA – Burundi was always going to dominate the agenda of the 26th African Union Summit. It is still an emerging crisis, with the potential to be devastating. It has already been devastating, actually: just ask the hundreds of thousands of refugees and internally displaced people; or the families of the dozens of journalists, activists and suspected opposition sympathisers who have been summarily executed, or Amnesty International, which last week published satellite evidence of five possible mass graves. And the situation is getting worse. Various opposition groups have formed militias, and have engaged in low-intensity fighting against government troops. This could escalate into a civil war, or even a regional war if rumours of Rwanda’s involvement are true. Some of the violence is along ethnic lines, with Hutus pitted against Tutsis, raising fears – perhaps exaggerated – of a repeat of Rwanda’s 1994 genocide. For the African Union, then, Burundi is a situation that clearly requires urgent attention. It is, also, an opportunity: an opportunity for the much-maligned continental body to prove that it has teeth, and that it can be a real force for good.

The signs were good, in the build up to the summit, that the AU was preparing to do exactly that. Most significantly, in mid-December, the Peace and Security Council took a decision – unusually bold by its standards – to deploy a 5,000-strong peacekeeping force to stabilise the situation and protect civilians. Almost immediately, Burundian President Pierre Nkurunziza rejected the force, which needs government consent to operate (without consent, it’s an invasion). Leading up to the summit, talk in the corridors in Addis Ababa was all about how the AU would persuade the defiant Nkurunziza to change his mind.

Nkurunziza was not in Addis for the Summit, probably because the last time he left home he was nearly unseated by an attempted coup, but he was represented by his youthful foreign minister, Alain Nyamwite, who proved to be just as stubborn as his boss. In fact, Nyamwite made such a persuasive case in defence of the Burundian government, that he secured Burundi’s re-election to the Peace and Security Council – the very body created to solve problems like Burundi.

Several ambassadors emerged from the PSC meeting on Friday saying that things in Burundi weren’t so bad after all; that the severity of the situation had been exaggerated. The PSC also declined to ask the AU’s general assembly to approve its plan for a peacekeeping force, a logical next step. This was interpreted by many observers as a reversal of its December decision, and a marked easing of the pressure on Burundi’s government.

“It’s a victory for the Burundian government, there’s no other way to look at it,” said Liesl Louw-Vaudran, editor of the PSC Report.

Instead of a peacekeeping force, the AU will now send an as-yet-unappointed high-level panel at an unspecified date to Bujumbura to promote “inclusive dialogue”, and to, yet again, encourage Nkurunziza to change his mind. But it doesn’t sound like they are going to try too hard. “If Burundi comes back and says they feel they can do the peacekeeping, and do everything else, that is their sovereignty,” said Erastus Mwancha, deputy chair of the AU Commission.

In addition, the AU will increase the number of observers from under 20 to 100, again pending approval from Bujumbura. So while the peacekeeping mission is not dead, it is fair to say that this summit has brought it no closer to reality – even as the situation in Burundi continues to deteriorate.

“It’s not what I wanted, but at least [the peacekeeping force] has not been completely dismissed,” said Marie-Louis Baricako, a prominent Burundian rights activist, in an interview with Daily Maverick. Baricako said the AU’s emphasis on inclusive dialogue, while laudable, may be putting the cart before the horse. “Dialogue should happen, but I’m not sure they are ready. The prerequisite is stopping violence, because dialogue cannot happen while people are being killed,” she said.

In the absence of peacekeepers, attention turns back to the mediation efforts led by the East African Community, and specifically Ugandan President Yoweri Museveni. “The appointment of the high-level panel is definitely a signal to the East African Community and Yoweri Museveni that the current mediation needs to be beefed up. The AU has almost lost faith in that mediation,” said Louw-Vaudran.

The signal might be lost on Museveni, who wasn’t at the summit either, as he’s distracted by Uganda’s own upcoming presidential elections on 18 February. But he’s hardly an ideal mediator anyway. In 2005, Museveni orchestrated the removal of term limits in Uganda, to allow himself more time in office, so he cannot be too critical of Nkurunziza’s efforts to do exactly the same thing. In addition, Uganda is far from a neutral force in the region, and its involvement is as likely to stir up regional tensions as it is to calm them.

From its forceful, promising reaction to Nkurunziza’s power grab in 2015, the AU at this summit toned down both the rhetoric and the force of its response. If the conflict in Burundi really does become a civil war, this will go down as another missed opportunity to prevent it. DM