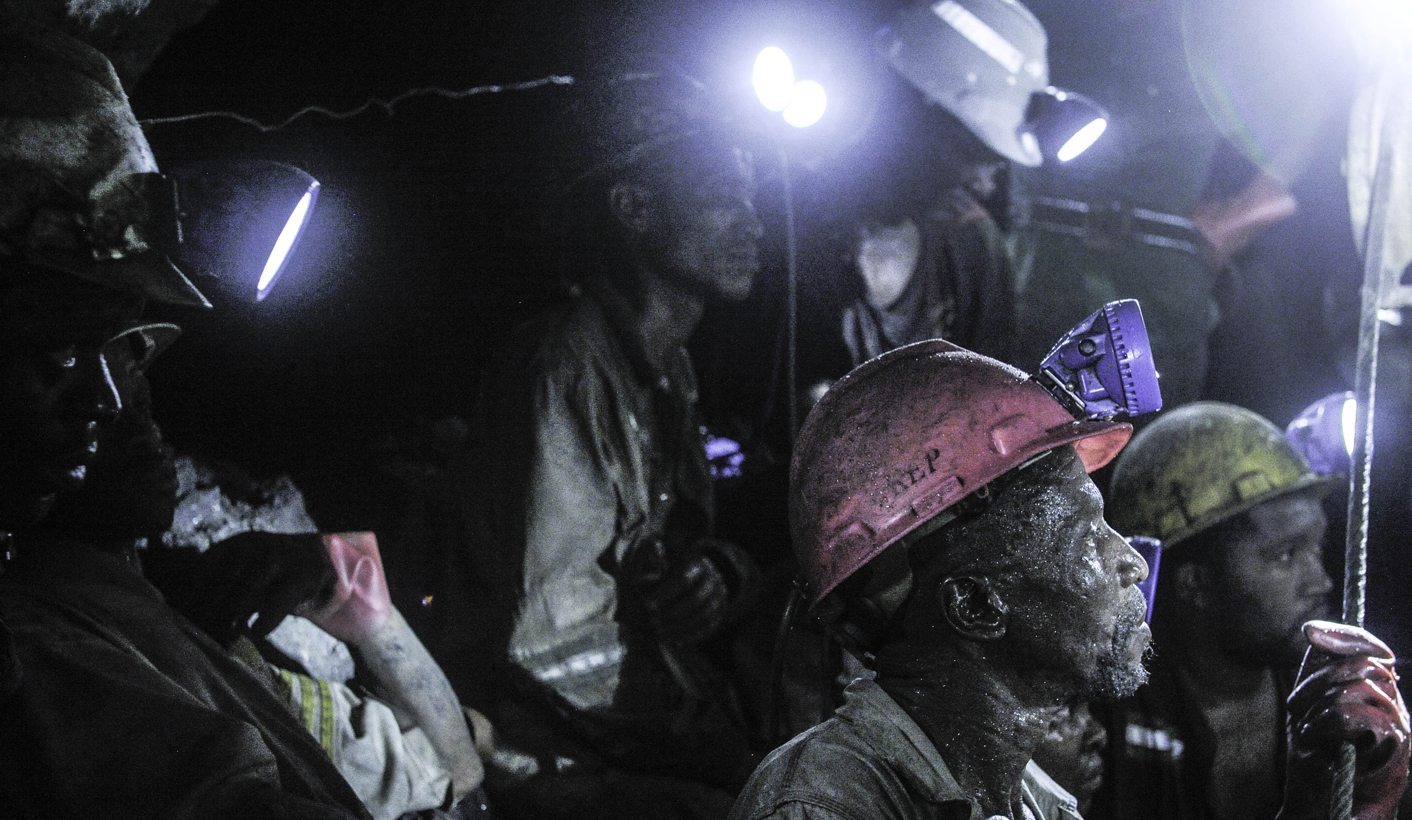 The minister of mineral resources announced the latest mining health and safety statistics on Thursday. Once again, there were a record-low number of fatalities. But there's still a long way to go to achieve the “Zero Harm” goals. By GREG NICOLSON.

Deaths in the mining sector continue to reduce, with a record-low 77 fatalities reported in 2015. That is 8% lower than the 84 deaths in 2014, said Mineral Resources Minister, Mosebenzi Zwane on Thursday, presenting the annual mining health and safety statistics in Pretoria. Over 100 miners died in 2012 and 93 in 2013 – a vast improvement from the 615 fatalities recorded in 1994.

Zwane said the improvement was encouraging and the industry was moving in the right direction towards its “Zero Harm” objectives. “It is noteworthy that 2015 saw the lowest-ever fatalities recorded in the mining sector. This is encouraging and an indication that our combined efforts as stakeholders are bearing fruit‚” he was quoted by TMG News Wire.

Gold mines saw the most fatalities, with 33 in 2015 (44 in 2014), followed by platinum with 22 (14 in 2014), and coal with five (nine in 2014). Other types of mines saw fatalities increase from 15 in 2014, to 17 in 2015. A worry for the industry is that 3,116 injuries were recorded across the sector, up from 2,700 in 2014, but the increase could in part be due to lower numbers recorded in 2014 during the five-month strike in the platinum sector. The biggest reduction in fatalities came from fewer deaths caused by explosions, which saw a 33% drop, and a 31% reduction in general accidents. The industry also saw improvements in health issues. Cases of silicosis have fallen 24%, silico-tuberculosis is down 27%, but pulmonary tuberculosis is however up 9%.

Mineworker deaths have recently been in the news after four miners died at Impala Platinum last week, leading to planned investigations and renewed commitments to improve safety across the industry. Association of Mineworkers and Construction Union (AMCU) reacted strongly to the issue, continuing the call that even one death in the industry has a devastating effect on families. In a statement on Wednesday, AMCU President Joseph Mathunjwa said the four deaths at Impala Platinum last week were a reminder of the price workers have to pay to earn a living. “Over the years many workers have lost their limbs and gave away their lives while enduring intensified exploitation. The fight for the observance of Health and Safety has therefore underscored all revolutionary programs of the trade union movement,” said Mathunjwa.

“The tragedy that unfolded on Friday, 22 January 2016 at Impala Platinum is an agonizing cue that we all need to sustain the fight against transforming mine underground work from being a death warrant due to clandestine observance of safety procedures and poor investment in health and safety equipment by employers.”

AMCU called for all stakeholders to make safety a priority and for the department of mineral resources to ensure companies comply with safety laws. Those who contravene the law or act recklessly must face prosecution and civil claims, the union, which is holds a majority in the platinum sector, said. AMCU reiterated its demand that mining companies should spend R450,000 building a house for the family of miners who die on the job and continue to pay the salary of those who die to their families for a specified period.

“Although this will not replace the life of the deceased, we believe it will address the social welfare of the families concerned. In the current circumstances, these mines are not obligated by law to look after the families of the deceased mine workers due to mine accidents,” said the union.

The National Union of Mineworkers (NUM) also pressured the industry to do better. “We welcome the decline but employers must do more to achieve zero harm. One death is one death too many. These are breadwinners of the families. That is why we say we will continue to put pressure to mines to save lives. The NUM will get involved to change to the situation from within,” said Erick Gcilitshana, NUM’s secretary of health and safety. In a statement, the union said the announcement of reduced fatalities “is still not a cause for celebration.”

While the Chamber of Mines said “we cannot rest until every mineworker returns from work unharmed every day”, it welcomed the new figures. “We mourn the loss of our 77 colleagues to accidents in 2015, and we mourn those who have died in the first month of 2016. We wish all those employees who were harmed in accidents a speedy recovery,” said the Chamber.

The Chamber said it is committed to achieving the goals of the 2014 Health and Safety Tripartite Summit and continues to try and improve safety through its MOSH Learning Hub. Outlining its efforts on safety, the Chamber said improvements in underground support methods have reduced related fatalities and R250 million has been spent through the Mine Health and Safety Council seismicity that affects SA’s deep-level mines.

“We have seen a significant improvement in overall performance amongst those companies and other industry stakeholders that participate in industry initiatives. As employers, we will continue to work steadfastly with other stakeholders in our quest for Zero Harm. Through the Chamber’s CEO Elimination of Fatalities Team, we shall continue to lead from the top in the fields of health and safety,” it continued.

While the industry is continuing to improve, the idea of “Zero Harm” is still a long way off. DM