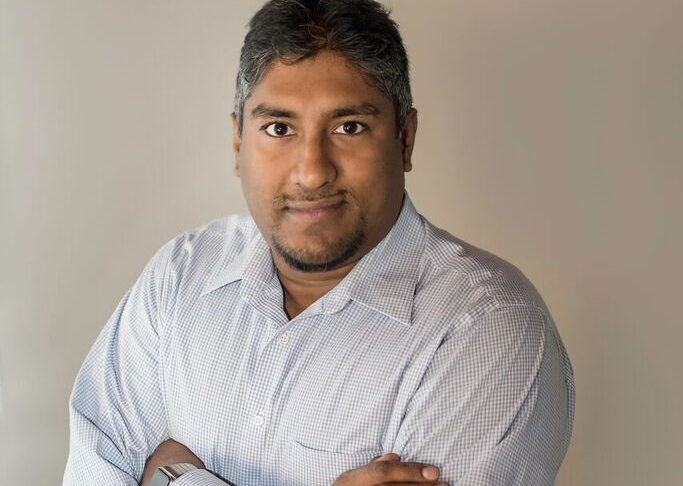 Identity theft and fraud are a major problem online. We all have friends and family who have fallen victim, if we haven’t experienced it ourselves. But what if someone came along and turned the existing security model on its head, so that our personal information was better protected and we didn’t have to pay for the privilege? Meet South African serial entrepreneur Vinny Lingham. By MARELISE VAN DER MERWE.

Earlier this week, it was announced that South African born Bitcoin Foundation board member, Vinny Lingham, had stepped down as CEO of the mobile gift card service Gyft to pursue a new business venture called Civic, a digital identity protection start-up that would grant users greater monitoring capabilities to safeguard their personal information. It is due to launch officially later this year.

Currently living in Silicon Valley, Lingham is a serial entrepreneur who has served as founder and CEO of three startups (Gyft, Yola and Clicks2Customers). Having sold Gyft in 2014, he was recently appointed to the board of the Bitcoin Foundation. He is also the co-founder of the technology hub, the Silicon Cape Initiative.

Civic’s aims are lofty, as tech companies go. It aims to tackle the problem of consumer identity theft and reducing online identity fraud, and it has already received $2,75 million in seed funding from early stage fin-tech investment fund, Social Leverage. Social Leverage’s founding partner, Howard Lindzon, has also joined its board. Civic will join a number of other companies under Social Leverage’s wing that are active in the bitcoin and blockchain arena, including Pantera Capital and Blockchain Capital. (If you don’t understand blockchain technology, here is a great place to start.)

But what exactly will Civic do? In plain English, it focuses on online solutions for US Social Security numbers. The premise of the app is that customers give Civic their Social Security numbers for safe storage; the result is more efficient monitoring. When someone tries to use the number, there’s immediately a ping.

According to initial reports, the service is an improvement on existing banking security models, because Civic’s technology can detect the use of a Social Security number before it is actually used to set up a new account. Lingham told online tech publication CoinDesk, “Right now, on the Dark Web, bad guys could be using your information to create fake accounts to apply for credit cards and loans. It is a huge problem, and it’s ridiculous. The goal for Civic is to make your Social Security number secure.”

That doesn’t mean the service is going to be limited to the US. Although the company is based in Palo Alto, California, Lingham told Daily Maverick the US model is simply the first stage; there are plans to roll it out globally next year. The best part? It’s free for users.

“Consumers need better control of their personal information and their digital identities. Civic will deliver a beautiful and secure consumer experience to solve this problem,” Lingham said earlier in the week. “We believe that consumers should never have to pay to protect their identity from misuse, and that’s why we will be offering free identity protection for life when we launch in spring 2016.”

Daily Maverick caught up with him long-distance.

DM: You’re planning to tackle identity theft and fraud. How?

VL: We’re starting by releasing free identity protection for life for all consumers, starting with the United States. Civic is working to create a product that will allow you to protect your identity from being used without your permission and we’re using the latest technology to do that. The current approaches rely on stopping fraudulent accounts after they have been created – not preventing them – and charging the consumer for it. We’re turning this model on its head.

DM: You hinted earlier that you might leverage the security of blockchain technology for Civic’s purposes. Can you explain that a little?

VL: The blockchain is the most secure way known today to create immutable records and timestamps, and it’s very secure. We are still experimenting in this area, but in essence we think we can leverage this infrastructure for better security as we build our product.

DM: You probably don’t want to spill all the beans, but how about one or two beans? It’s going to be free. How will this work?

VL: It will always be free for users for life. We will charge businesses who want to access your information, with your permission.

DM: You’ve raised $2.75 million already. Are you working towards raising additional funding at this stage or are you good to go?

VL: We were very oversubscribed on the round by multiples, but we were disciplined and raised just what we needed to get past the launch phase and prove out the business case. We are not looking at any additional funding at this stage.

DM. At this stage Civic seems to be placed firmly in the US. What’s the international potential?

VL: Social Security is just the US default. We expect to roll Civic out globally starting next year.

DM: What’s next for you (Vinny) and next for Civic?

VL: I’m going to focus on building Civic for the foreseeable future. I’m a serial entrepreneur and I love building companies, so right now I’m just in my element! DM