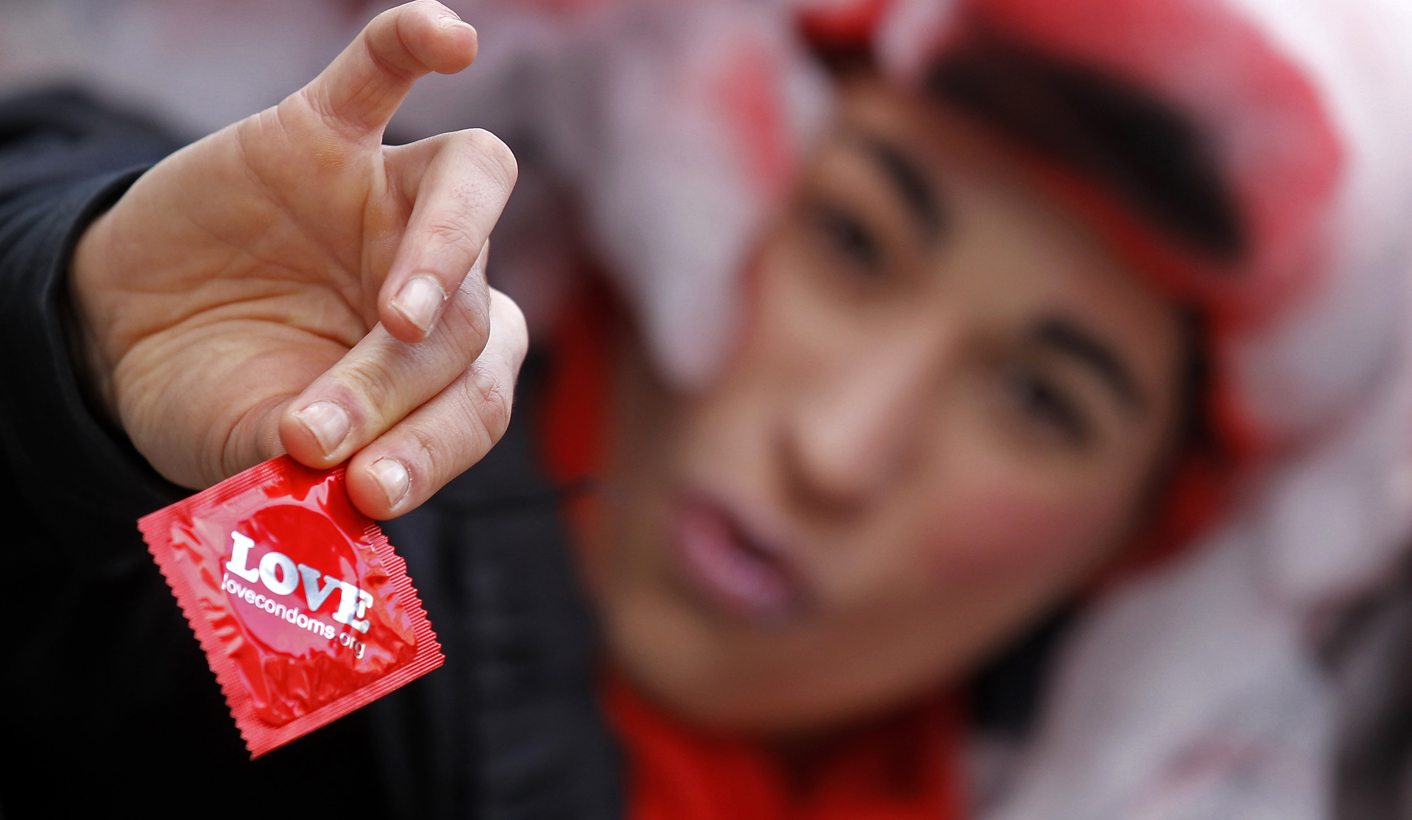 While South Africa is up in arms over virginity testing for female students, intense discussions over reproductive rights are underway in Nusa Dua, Indonesia. It’s the annual International Conference on Family Planning, a global think-tank where scientists, researchers, policymakers and advocates assemble to try to create a better future for girls and women. This year, they have the particularly tough task of trying to meet the Sustainable Development Goals adopted at the United Nations General Assembly last year, with the ultimate target of eradicating poverty. Wish them luck. By MARELISE VAN DER MERWE.

“The issue of adolescent sexual and reproductive health and rights is not just one about information; it is fundamentally interlaced with intersectional issues of social justice, finance and poverty alleviation,” Nomtika Mjwana, youth leader and ZAZI Women Empowerment Ambassador from South Africa, said during her address at the International Conference on Family Planning (ICFP).

“When we talk about family planning, we are challenging the cultural beliefs about young women and the methods used… about education and the right to access information.”

Mjwana’s words hit home hard during the furore over virginity testing in South Africa – the controversial award of scholarships to 16 young girls on condition that they submitted to regular check-ups and produced “certificates” stating that they were still virgins. In a time where Dudu Mazibuko, mayor of the Uthukela district and vocal defender of the scholarship, could tell the media it was a viable way to encourage abstinence and reduce the prevalence of HIV/Aids, the call for education, empowerment and access to information is all the more resonant. Apart from noting the grossly invasive nature of virginity testing, Human Rights Watch has also pointed out that the examination for virginity was scientifically baseless.

“It is essential to look at strategies that can inform and educate young girls and empower them not to see themselves as objects waiting for men, but as women with pride and the agency to decide what they need to do with their own bodies,” Mjwana added.

Family planning isn’t everyone’s idea of dinnertime conversation, but to those in the know, it represents a key factor in eradicating poverty and increasing access to education. According to keynote speakers, expanding family planning for youth and adolescents has long-term benefits for society as a whole. Young people who utilise family planning services and information are more likely to complete their education, pursue the career of their choice, raise healthy children and live healthier and more prosperous lives. Additionally, when countries reduce unplanned births, they save money on other development priorities such as immunisation, sanitation and education.

Archbishop Emeritus Desmond Tutu and Ela Bhatt previously wrote in Daily Maverick that when girls stay in primary school longer, they earn wages that are up to 10 – 20% higher as adults. As they get older, the differences in earnings are even greater. For every extra year in secondary school, they can earn up to 25% more in adulthood. “What is more,” wrote Bhatt and Tutu, “women reinvest more into their family than men do – so everyone benefits from the higher earnings.”

Family planning, according to conference notes, will play a critical role in realising the Sustainable Development Goals (SDGs) – the new development agenda for the next 15 years, adopted in September at the United Nations General Assembly – and reducing the global unmet need for family planning services could save an estimated one in four women from deaths related to pregnancy or childbirth. A further 1.1 million infant deaths could be prevented each year as well. The World Health Organisation (WHO) notes that complications during pregnancy and childbirth are the second-greatest cause of death for 15-19 year-old girls globally, and every year, some three million girls aged 15 to 19 undergo unsafe abortions.

Where infants are concerned, babies born to adolescent mothers face a substantially higher risk of dying than those born to women aged 20 to 24. Some 95% of adolescent births occur in low- to middle-income countries. In the same countries, babies born to mothers under 20 face a 50% higher risk of being stillborn or dying in the first few weeks of their lives, versus those born to mothers aged 20-29. Babies born to adolescent mothers also run a higher risk of being underweight, with all the related complications. “Adolescent pregnancy remains a major contributor to maternal and child mortality, and to the cycle of ill-health and poverty,” the organisation notes.

Yet, nearly a quarter of women of reproductive age in Africa – and an estimated 225 million in developing countries worldwide – have an unmet need for contraception.

So what are the world’s experts doing about it? Executive summary: the news isn’t all bad. According to the most recent global progress report released by Family Planning 2020 (FP2020), a global partnership focused on enabling an additional 120 million women to access voluntary contraception by 2020, some 24.4 million more women and girls who want to avoid or delay a pregnancy have begun using modern contraceptives in the world’s poorest countries over the last three years. This means a total of 290.6 million women are using a modern method of contraception in FP2020’s 69 target countries.

However, the hard work is far from done. Despite progress in several countries, there are still millions of women who want to avoid or delay a pregnancy, but cannot access the information of tools to do so. According to the United Nations FP2020 report, the effort to reach more women and girls is behind by 10 million in its 2015 projections, meaning there is no access to the information or tools needed. “The need to close this gap has major implications, not just for 2020, but for the realisation of the Sustainable Development Goals (SDGs) adopted by world leaders in September,” says Sang-Hee Min, spokesperson for the conference.

The WHO notes that contraceptive use overall has increased in many parts of the world, especially in Asia and Latin America, but continues to be low in sub-Saharan Africa. Globally, use of modern contraception has increased only marginally, from 54% in 1990 to 57.4% in 2014. There’s also a notable gender gap: Use of contraception by men makes up just a small subset of abovementioned prevalence rates. Furthermore, men’s education level has a measurable impact on women’s decision to use contraceptives: the more educated her male partner, the more likely she is to use contraception. For couples who have limited access to education, outcomes are less positive. For many women, access to reproductive healthcare is blocked by a variety of factors, including a limited choice of methods; limited access to contraception, particularly among young people, poorer segments of populations, or unmarried people; fear or experience of side-effects; cultural or religious opposition; poor quality of available services; users and providers’ bias and/or gender-based barriers.

Are the FP2020 targets and SDGs within reach, though? Beth Schlachter, Executive Director of FP2020, thinks so. “Our task is ambitious, but achievable. We know more now than we did three years ago and have data and on-the-ground experience to show what works and what doesn’t work,” she says.

Good news for those on the ground is that Alvaro Bermejo, Executive Director for Health at the Children’s Investment Fund Foundation (CIFF), announced a $30 million initiative called Adolescents 360, co-funded with the Bill & Melinda Gates Foundation. The four-year project will address adolescent health needs and boost girls’ access to contraceptives in Ethiopia, Tanzania and Nigeria. It also aims to find a model to increase voluntary, modern contraceptive use and reduce unintended pregnancy among girls between the ages of 15 and 19.

This is a necessary start, considering that one of the major challenges facing family planning – especially in developing countries – is the combination of lack of access to modern contraception and stigmatisation of those attempting to use it.

“Family planning is about women’s rights and their capacity to make decisions about their health and well-being, contributing to the objectives of FP2020,” said Dr Babatunde Osotimehin, Under-Secretary-General of the United Nations and Executive Director of UNFPA. “It is the most significant investment to promote human capital development, combat poverty and harness a demographic dividend, contributing to equitable and sustainable economic development.”

Senegal’s minister of health and social action, Dr Awa Marie Coll-Seck, called for a minimum package of contraceptives to be made available to women, in order to achieve the third Sustainable Development Goal – universal health coverage. “I’m sure this is what we want for our people and our economic growth and progress,” she said.

Ultimately, though, it seems the solution will begin and end with destigmatising family planning and ensuring free access to information. Conference speakers noted a significant problem was that contraceptive use among young women still lagged significantly behind that of older women, which, given the statistics above, presents an appreciable problem in managing healthcare, education and mortality rates. But, said Juan Ramón Diaz, Youth Coordinator for Children International in the Dominican Republic, this was hardly surprising if one considered sex education as an obstacle or problem. “Youth engagement is not the problem, youth engagement is the solution. We need to stop this symbolic engagement, we need to be deciding campaigns and programs [together]… from the beginning,” he said. “Number two: education is the key. Having access to education over time can make a huge difference. Each school – it doesn’t matter how far it is – in every country should have a sexual education programme. Including youth from the beginning works.” DM

Photo: A circus performer shows off a condom packet during an information campaign in downtown Lisbon February 13, 2013. REUTERS/Jose Manuel Ribeiro.