Op-Ed: When Twitter met South Africa – a match made in a train smash 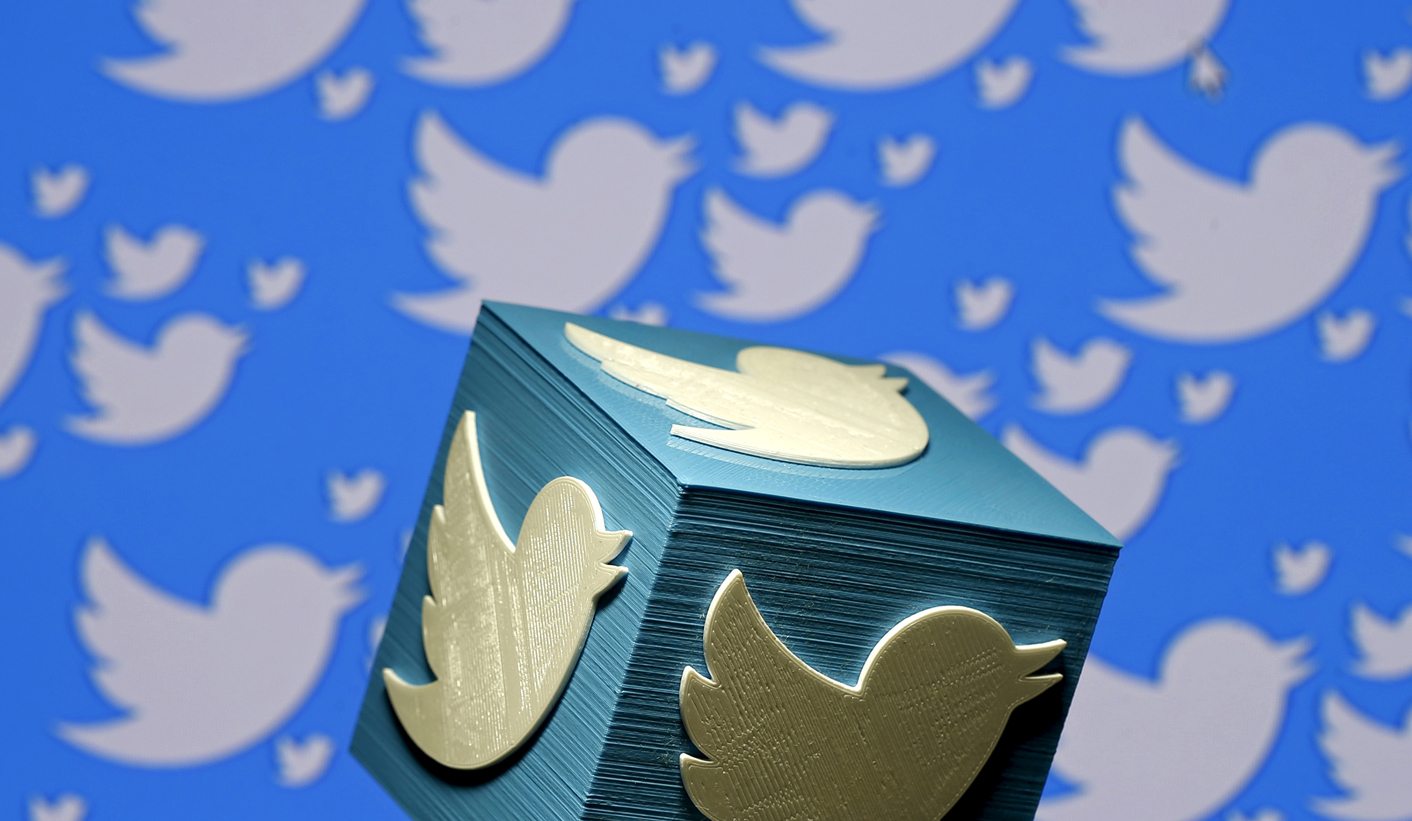 Western Cape Premier Helen Zille has suggested that Twitter in South Africa has become less of a force for good for national debate, and more of a force for evil. For her, it could actually hinder debate because of the “vicious debilitating insults” that are now expressed on the medium. There are many people who, no matter what their views on Zille, may agree with her sentiments. Twitter seems to be more angry than it was. But, there may be valid reasons for this, and it may not be a unique phenomenon. By STEPHEN GROOTES.

There can be no doubt about it, when Twitter first came to South Africa, it was adopted as a tool for the cool kids. They appeared to rule the roost. And they loved it. It took a while for many politicians to get it, but once they did, Twitter exploded among urban middle-class-smart-phone-wielding South Africans. And with good reason.

Now, finally, you could communicate yourself with people like @MGigaba or @HelenZille. @GarethCliff seemed important, he once organised a drinking game around the State of the Nation to hilarious effect (this was back in the days before cellphone signals were jammed during such events). His use of Twitter to Idol-ise himself appears to have ended with him in some rather warm water. But Zille does appear to be right. Something has changed.

Nowadays, it seems, that Twitter can be downright dangerous. CNN’s Jim Clancy lost his job for tweeting about Charlie Hebdo, Israel and the Middle East. Closer to home, Zelda le Grange found herself in the middle of what’s now routinely called a “Twitter storm” after making comments about the government, and changing her twitter name to “Zelda van Riebeck”. Yusuf Abramjee appeared to be targeted for his time as a spokesperson for the Apartheid House of Delegates. We could go on.

Other, less political people have noticed a change too. Jodene Shaer runs the Fun Factory, a social media consultancy. She told EWN this week that in her experience, “some people are actually stepping back from Twitter” and that it can be “too much of a frightening place to just be yourself”. You do have to wonder how we got here, and whether what is happening is constructive or not.

Zille says: “In many ways Twitter is becoming a threat to that kind of open free speech in South Africa rather than a platform to promote it”. So many people will “troll” or abuse anyone who makes any kind of comment.

Imagine this scenario. A white South African tweets a picture of a beautiful sunset while they’re on holiday in Europe. A few years ago, there would have been very little reaction, apart from the usual “ooh” and “aah” and perhaps a few jealous chirps. Now, that person would probably be told, quickly and in no uncertain terms to “check their white privilege”.

For one thing, the people on Twitter have changed. It is no longer a plaything for the digital elites. More South Africans are on Twitter. And they are not all urban upper/middle-class people. Twitter has simply become more representative of the country. Not that it’s anywhere near as representative of our country’s demographics, it still trends much richer and much younger than the country as a whole. But as the people on Twitter change, it is surely correct to assume what is discussed, and how it is discussed, will change as well.

In some regards then, complaints about Twitter having changed could, perhaps, be seen as elitist. It is the complaint of a user who now feels the playground doesn’t suit them in the way it used to. Considering it is a politician who has said this, it could also, perhaps, be claimed that what they are really complaining about, is the lack of gatekeeping. There are none of the usual rules on Twitter. On TV, if a presenter loses the plot with a political guest there are consequences for that host. On Twitter, anyone can say anything to you. And there there are really no consequences for them

Of course, there is one thing you can do. You can block that person. But that, somehow, seems undemocratic. It surely goes against the whole point of Twitter, which is to have a conversation. And for people in the public sphere, it may well go against everything they do; imagine a Daily Maverick writer finding a way to stop a particular person from reading their pieces. That would seem daft. The same must apply to Twitter.

@KaySexwale is one of the many people who participate actively, and sometimes angrily, in our Twitter debates. In fact, her and Zille have Twar-ed with each other many times (Zille has, in the end, blocked Sexwale) When asked on the Midday Report on Wednesday about why Twitter has changed, she has a simple answer, “Politics,”. While she is known as a fairly combative tweeter herself, she agrees with Zille that there is no longer a sense of decorum. But, she says, if you go to the US, you’ll find that people are also getting more and more personal in their Twitter discussions.

There are many comparisons with our situation here. Both countries are in an election year, and that means emotions are high. The rise of Donald Trump has energised one group of people and scared the hell out of the rest. Here, the slowing economy, and introduction of accountability into our system could also be putting people, of all political stripes, under more pressure, with this kind of result. There are also people who feel their movement, in the ANC, are under attack. And whether they be government spokespeople, office bearers, or simply the nation’s favourite cognac salesman they are protecting it, sometimes angrily, even viciously.

But a much bigger factor may simply be that South Africa, more than most countries, has groups of people who don’t share each other’s space. Ever. Apartheid spatial development, where black people live in townships, far away from what were white suburbs, is still with us. This means that it is rare to really have unmediated conversations about politics with someone very different from yourself. The one place it does happen is Twitter. And as the temperature of the country rises, particularly around race, the temperature of our Twitter conversation is bound to rise too.

This could well lead to some people claiming that those who are “angry” must rein it in. But that is surely wrong, the people who are angry are, Dan Roodt and Steve Hofmeyr aside, those who suffered under Apartheid. Their lot in life has not improved as much as it should have, and thus the anger they may feel is certainly legitimate. And it would be hard to say people should be protected from legitimate anger. Never mind impossible to police in the first place. So, to use the favourite phrase of a lamentably soon to be departing newspaper editor: What is to be done?

There is not a lot that can be done. We are a country that enjoys robust debate, Twitter is the ultimate example of that. Perhaps people need to stop their focus on not tweeting the wrong thing, and start to focus on not thinking the wrong thing. And perhaps it is possible to make an argument that is logical and coherent. And then argue with those who disagree with you and just ignore the personal stuff, if it is possible to do that and still be human. The only other course, it seems, is to just turn the clock back to 2010. And leave Twitter completely. DM

Photo: A 3D-printed logo for Twitter is seen in this picture illustration made in Zenica, Bosnia and Herzegovina on January 26, 2016. Four senior Twitter executives are leaving the media company, CEO Jack Dorsey tweeted late Sunday night, the biggest leadership changes since Dorsey returned as chief executive as he struggles to revive the company’s growth. REUTERS/Dado Ruvic.