GroundUP: How a rural hospital has become a model of go...

GroundUP: How a rural hospital has become a model of good care 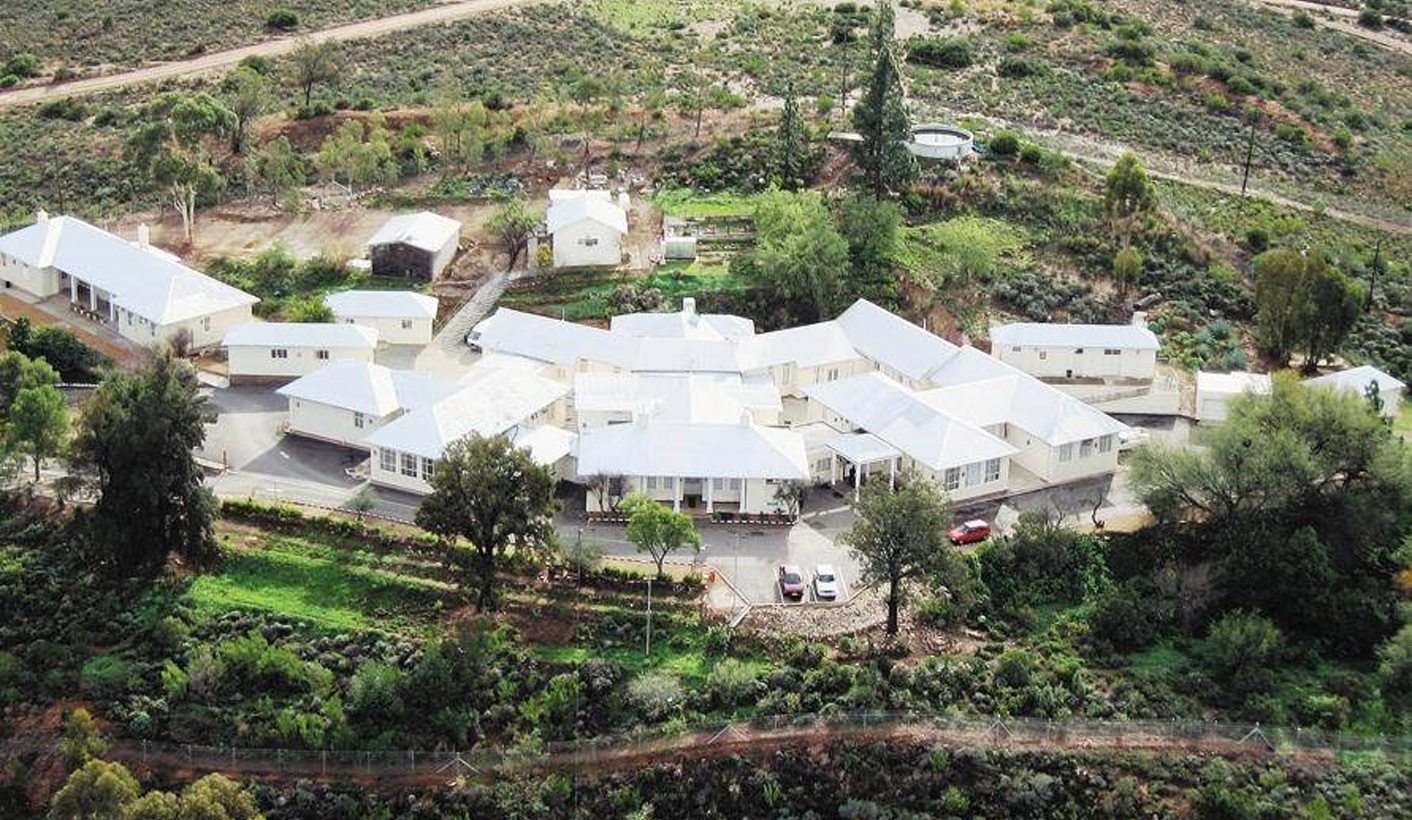 The Alan Blyth Hospital in Ladismith sets an example for the public health system. If all hospitals were like this, we could implement National Health Insurance tomorrow. By JACK LEWIS for GROUNDUP.

I live on a smallholding in Vanwyksdorp, one of the smallest villages in the Klein Karoo with a population of under 1,000. We fall under Kannaland, the poorest municipality in the Western Cape, population 25,000 most of whom live in the towns of Ladismith, Zoar and Calitzdorp. Vast empty stretches of land, mostly game farms, stretch between us and Ladismith.

Alan Blyth Hospital in Ladismith is named after a doctor born in the town who studied medicine at UCT in the 1930s, and became superintendent of the Ladismith Provincial Hospital, holding the post from 1940 to 1993. He was renowned, as the SA Medical Journal wrote in his obituary ten years later in 2003, for the “principled practice of medicine”.

In the early years Dr Blyth used to do circuit visits in this vast area on horseback. When I arrived in the area some years back, the once proud reputation of the hospital was suffering. Often there were no doctors on duty. Only one of the private doctors in town was on call. Staff were unmotivated. There were medicine shortages, and the hospital had a reputation for the wrong medicine being prescribed. At least this was the impression that farm workers had of the Alan Blyth Hospital. Farm workers were reluctant to go there, as they saw it as a place where they did not get better.

This past Friday, Omar, who lives on our farm, developed excruciating back pain, so bad he could not move or stand. By Sunday it had gotten worse, and we realised we had to seek help. We drove through to Alan Blyth Hospital, 44 kilometres away on a road that has probably not improved much since Dr Blyth’s days. At the hospital we found friendly staff who quickly opened a patient folder. After a short wait of no more than 30 minutes, the doctor on duty made a preliminary diagnosis of a slipped disk or muscle strain and booked Omar to stay overnight as injectable pain control medication was needed. The doctor looked to me like a new graduate, probably doing his community service year. But in the past there would not have been a doctor in attendance on a Sunday. Omar related to me his experience of his 24 hour stay in the ward. The staff were very efficient. He especially noted how well the handover between shifts was conducted with an hour overlap in which all notes relating to patients’ status and treatment were properly relayed to the incoming shift.

The bed linen was changed regularly and the mattresses wiped down and disinfected. The floors and other surfaces were regularly disinfected. Clearly whoever was in charge had made sure the cleaning staff understood the important medical role they play in preventing patients contracting new infections in hospitals – which could easily include super bugs like multi drug resistant tuberculosis. The staff regularly checked up on how the patients in their care were doing. Alan Blyth had long been without a radiographer, the equipment mostly standing idle. Now there is a full-time radiographer and, although there was a bit of a  wait on Monday, x-rays were taken, a muscle strain diagnosis made and medication given.

Omar was told to come and see the physiotherapist on Wednesday. While waiting for him, I chatted to a nurse who told me how in the past there were often medicine stock-outs, but no more. Now, what the staff needed was always at hand. The hospital itself was clean, freshly painted and the beds and equipment had recently been modernised. Everything appeared to be in working order.

If all public hospitals functioned at this standard, we would be able to implement National Health Insurance tomorrow. The two private doctors in town still do sessions at the hospital and one of them, I believe, is the chair of the hospital board. This is as it should be. Private doctors should be involved in the public sector hospitals, doing sessions and helping to maintain standards. This improvement in public health provision is also visible even in my village where there is a small clinic open three days a week. There had for years never been a doctor who visited the clinic. Now there is one once a week. The buildings were completely refurbished last year and proper blood pressure, vital signs monitoring and other equipment installed. A dentist visits once a month.

The Western Cape is showing that with proper management a huge difference can be made in the quality of service delivery. Of course it’s easier to make a big difference with a little money in a district of only 25,000 people. The story would be very different in the huge population centres like Cape Town. But still, it shows that someone, somewhere in the huge faceless bureaucracies that are supposed to work for us, actually cares about the quality of public service delivery. And this is not a National Health Insurance priority district specially earmarked for upgrading. We need all facilities everywhere in the Western Cape and South Africa to show such systematic improvement. DM

Jack Lewis, is a founder of Community Media Trust, the organisation that owns GroundUp.