When all you know is winning, losing is the hardest thing 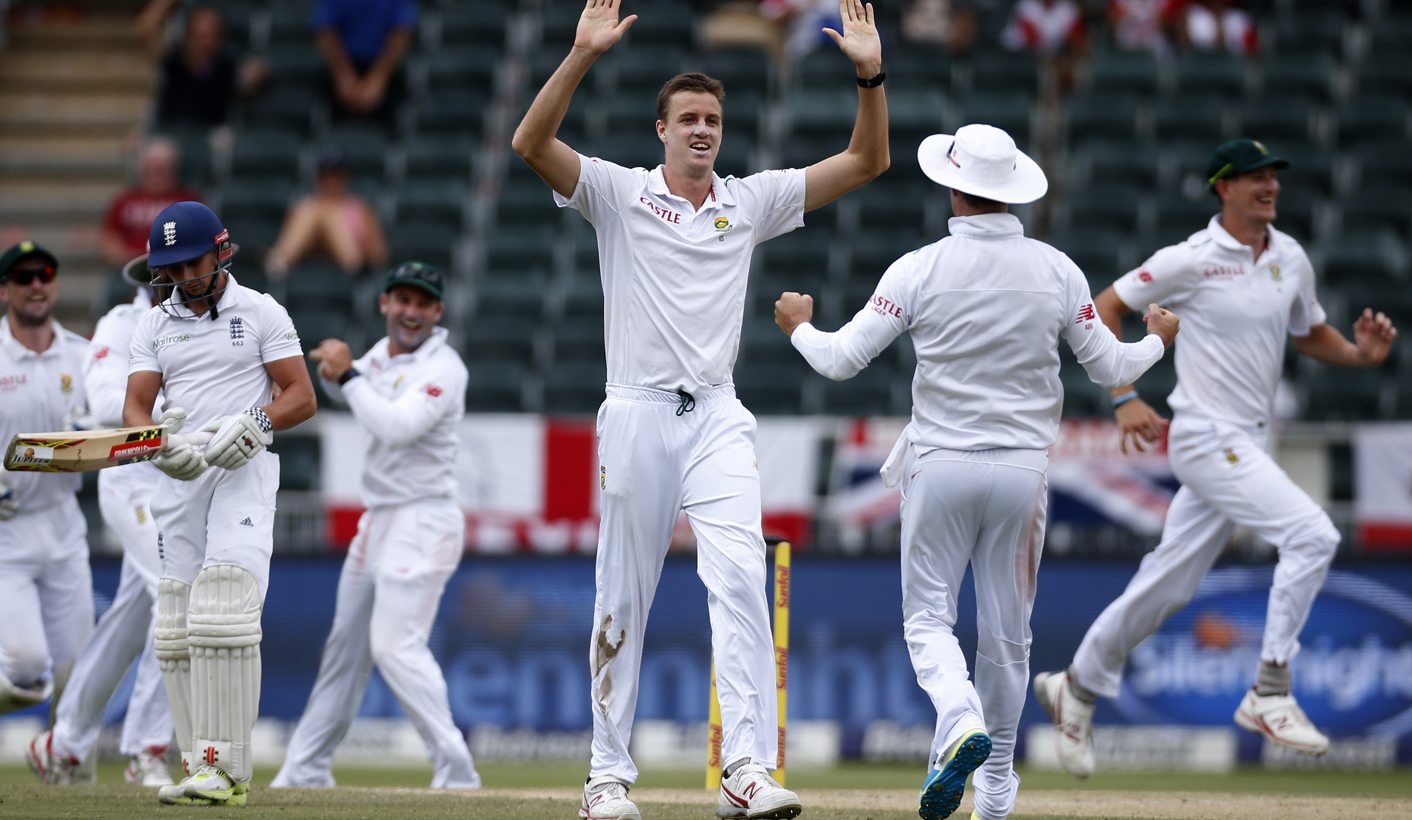 For the better part of a decade, the South African Test team has not known what it is like to lose. Two series defeats later, it seems as if their cricket is in the doldrums. But all teams go through these lowest ebbs, it is how they emerge from it that defines them. BY ANTOINETTE MULLER.

It might seem like an old cliché, but it has been underscored by the transitional period of the South African cricket team: things are much easier when you are winning.

After losing the four-match series to England at the Wanderers over the weekend, with a match still to play it seemed as if though South African cricket has dipped into a deep, dark hole. In a way, it has. They have lost their number one ranking, a position they have held for the bulk of the last three-and-a-half years. They are currently on their longest winless streak since readmission and, just as soon as they seem to be exorcizing the ghosts that have spooked them, something goes wrong again.

The latest nightmare was a spellbinding performance by Stuart Broad which turned the Test on its head in a session. These losses, when stark and when subtle, seem so much greater because of the standard South African Cricket over the last 12 years has been so high. For the better part of the last decade, South Africa have been the team to beat and they have had some of the best players in the world at their disposal.

The senior players in the current team have gone through the decade long unbeaten run away from home. Those senior players have only tasted defeat on home soil to Australia the in the last 10 years. Before losing to India, they had not lost an away series. The senior players have seen England captains retired at the hands of Graeme Smith, and beaten some of the best teams in the world as they climbed to the top of world cricket, while navigating a myriad of complicated transitions and challenges at home and abroad.

The last time England beat South Africa on home soil, AB de Villiers was still opening the batting, Dale Steyn had just made his debut, and Hashim Amla had played just three Tests for South Africa. That seems like an age away and, in cricket terms, it is.

Since that defeat, South African cricket has endured a few bumps, but they have always managed to navigate them and pull their way out. For the bulk of the careers of the senior players who are still in the team have only known glory. Even the ones who made their debuts in the last five years have lived through the glory years.

Coach Russell Domingo, too, has only ever really known the good. He began his tenure with this South African team as Gary Kirsten’s assistant in 2011 and was there when South Africa thumped England in England to sail to the top of the rankings. He was there when South Africa beat Sri Lanka in Sri Lanka, and when they managed to shake off the “chokers” tag in a World Cup by actually turning up and competing instead of just rolling over and losing.

To go to Bangladesh and have a Test go into five days for the first time, be absolutely crushed by India on tough pitches and then be humiliated by England on home soil is not something that the core players and the management staff have never had to deal with before. Nobody knew what losing, really losing, actually felt like. It’s simply not a word that has been part of their vocabulary, and the agony of losses on the field have been compounded by the struggles with injuries off it. Losing not just one, but two of the core bowlers, in Steyn and Vernon Philander, at the same time, while still trying to deal with the aftershock of losing one of the greatest ever South African players, Jacques Kallis has added to their woes.

The management of South Africa’s transitional period could have been far better, but learning how to lose is probably one of the most important lessons the current crop of South African players, and fans, can take from the last 12 months.

Good times come and go, and while it’s easy to get drunk on the glory days, especially when it seems like they will last forever, reality will always come crashing down far harder than if losing is the norm. All teams go through patches where it seems as if though the world is against them. Only great teams emerge from it revived and reinvented. The West Indies have still not emerged from their slump, and probably never will. Australia are cracking on, and have a number of exciting players helping them rebuild after the retirements of some of the best players of their generation. England’s 0-5 Ashes whitewash seems eons away, and the dawn of their heyday has come at the expense of South Africa. The Proteas would do well to learn from the teams who have been there and done that. When the dust has settled on one of their darkest eras, they need to define themselves by how they shake off all that dust. DM