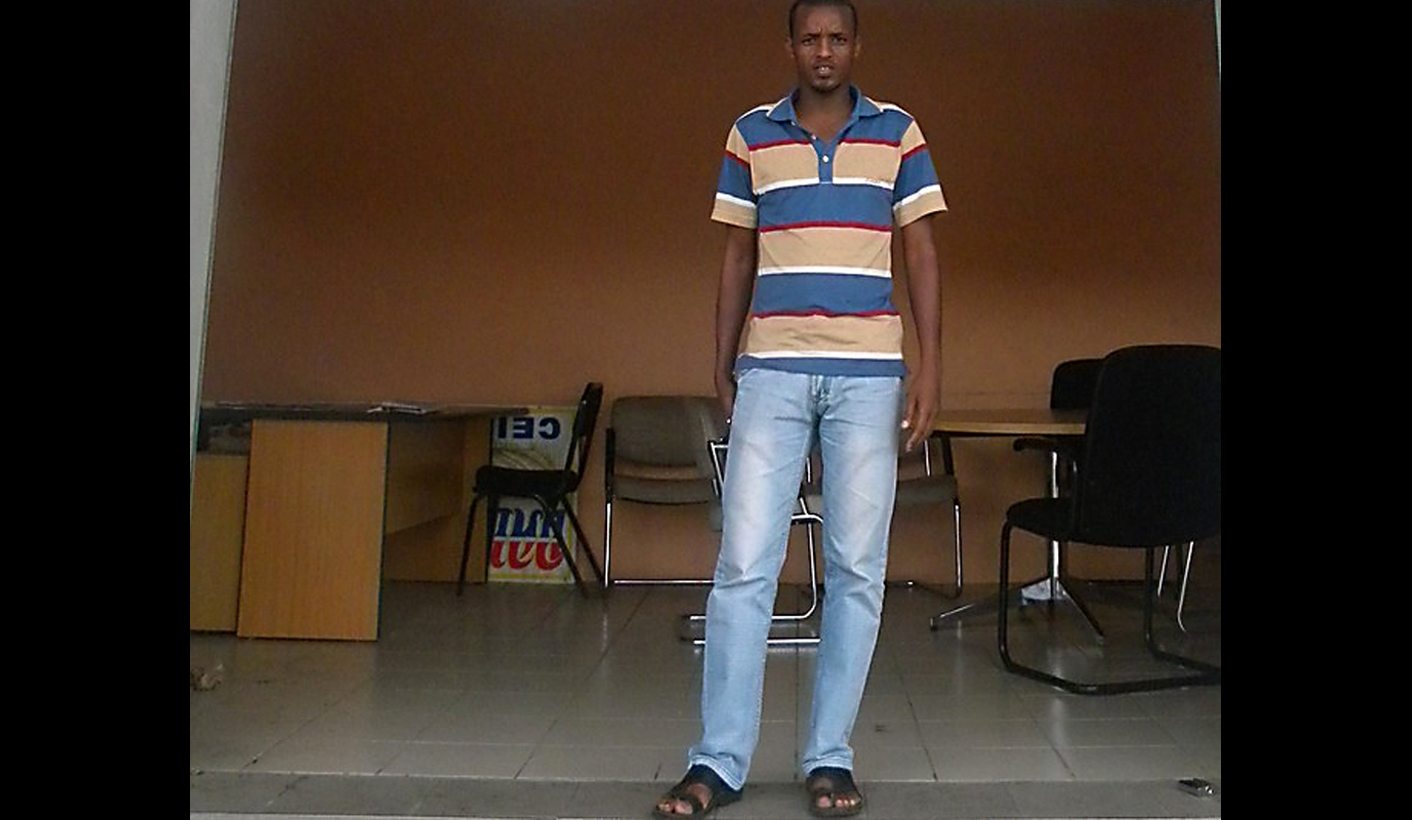 Under threat of arrest and deportation, asylum seekers are punished with hefty fines for failing to renew residence permits on time. Most refugees and asylum seekers cannot afford the heavy fines, and have to rely on friends and family abroad to send money. By JOSEPH CHIRUME for GROUNDUP.

Asylum seekers who come to the Port Elizabeth refugee reception office, some of them from far away, say officials are charging them R2,000 for late renewals of their permits. The asylum seekers say officials at the office will not listen to their reasons for coming late to renew their papers. Muhammed Ali Baba, 35, from Somalia, said he visited the centre early last December. He came from Bloemfontein by bus.

“The bus that I was travelling in developed a mechanical problem along the way. I arrived in Port Elizabeth soon after they had closed their offices for business. I booked in a hotel where I paid R350 for that night.”

Ali Baba said the following day a Home Affairs official first refused to attend to him, but later took his details, and after a while handed him a fine for R2,000 for coming late.

“I was shocked and felt humiliated.” Ali Baba said he did not have the money on him and had to phone his brother in the Free State, and have the funds deposited in a friend’s account. “I eventually paid the fine and left for Bloemfontein”

“I work in Jeffreys Bay as a tailor. My boss dropped me off at the refugee reception office in the morning, and he left. Unfortunately, my daughter fell sick back in Jeffreys Bay. The Home Affairs officials were taking long time to serve us, so I left to take my daughter to hospital. I told the security guard that I would come the following day since my daughter had fallen ill.

“When I came back the following day the same security guard recognised me and asked about the health of my daughter. I was surprised when the Home affairs official serving me told me that she was not going to extend my permit, but would instead punish me by fining me R2,000. I did not have the money so I left. I thought she would understand my plight because I was armed with the hospital’s letter and the security guard knew of my case. I will go there when I have the money”.

A 21-year-old student from Malawi, who did not want to be named, recounted a similar story. The student, who is studying for a diploma in engineering in North West province, said, “I could not come in time because I was writing my end of year examinations in December. When I eventually arrived in Port Elizabeth, I was told that I had overstayed three weeks, so I would either be arrested or pay the fine. The Home Affairs official threatened me that it was easier to deport me than Somalis because my country was just across the border.

“I told them I did not have that amount as I was not working. They would not listen to me either. My sister in the UK sent the moneym and I was fined and warned not to do it again.”

The secretary of the Somali Association of South Africa, Mohammed Kat, said the association’s office in Korsten was always full of desperate Somalis without the money to pay fines.

“They are trying to make an innocent living only to be humiliated at the refugee centre in Port Elizabeth.”

“We have helped more than 60 desperate people since December. Most of these people are from Somalia as well as Eritrea, Ethiopia and Tanzania. Most of them live out of the Eastern Cape. These people have nothing, and most of them are working as shopkeepers and domestic workers. They are trying to make an innocent living only to be humiliated at the refugee centre in Port Elizabeth. How can they raise that exorbitant amount of money at such short notice?”

“We desperately appeal to the department to review its policies concerning refugees. Why is it that the Port Elizabeth office is charging this amount while other offices charge less?” said Kat.

Linton Harmse of the Nelson Mandela Metropolitan University Refugee Centre said the fine for late renewal of asylum seeker permits at the other centres was R1,000. Several attempts to get comment from Mayihlome Tshwete, national spokesperson for the Department of Home Affairs, were unsuccessful. DM

Photo: Mohammed Kat of the Somali Association says his office is full of desperate Somalis who can’t pay their fines. Photo by Joseph Chirume for GroundUp.

HIV and circumcision: Assessing where we are

Siyabonga Kamnqa for Spotlight
Save 8 mins