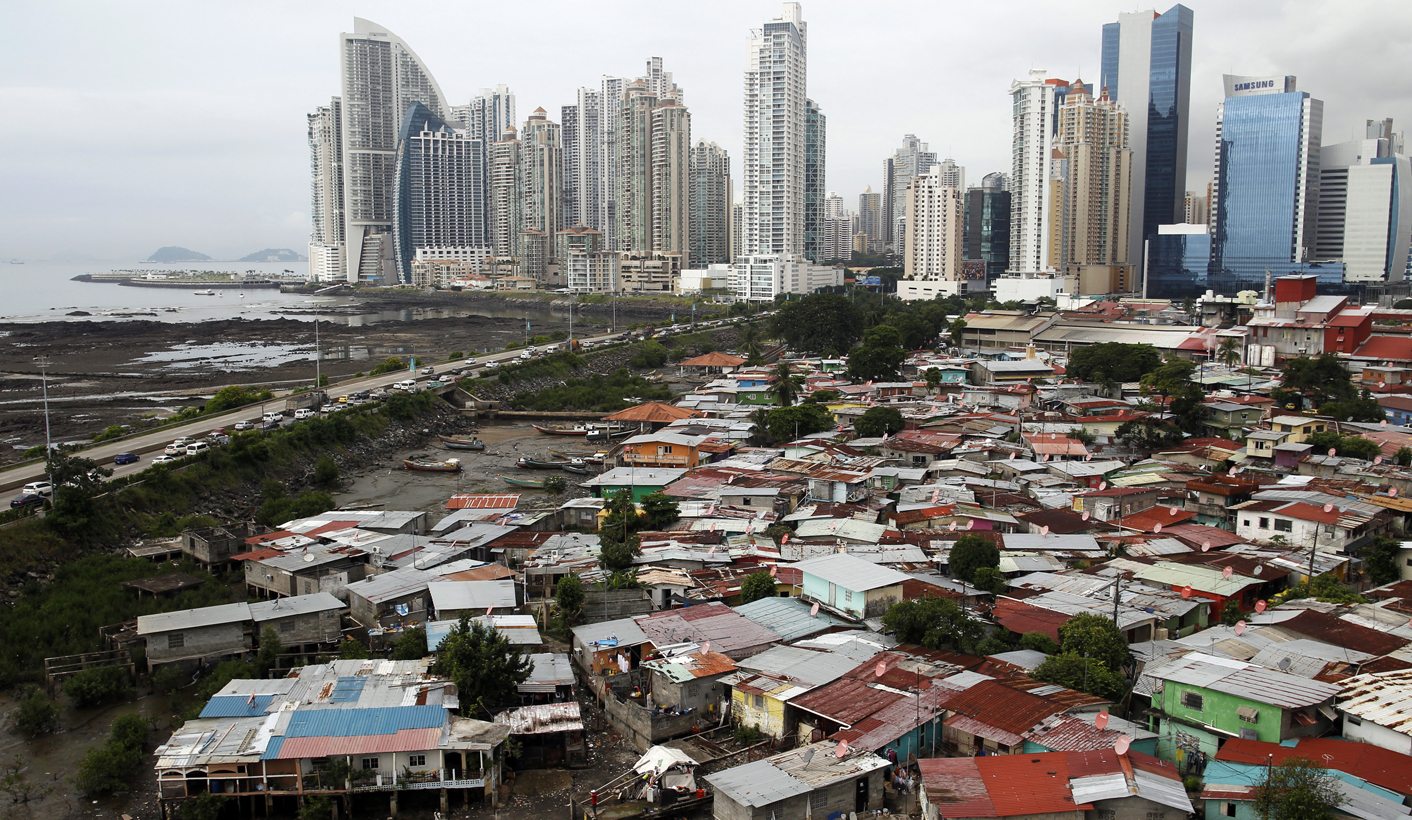 Wealth is simply not trickling down; it is being sucked up by a powerful and wealthy minority. Once there, an elaborate system of tax havens and an industry of wealth managers ensure that it stays there – far from the reach of ordinary citizens and their governments. This has to be stopped. By WINNIE BYANYIMA.

The continent of Africa figures prominently in shocking new statistics that prove we are in the midst of a full-blown global inequality crisis. Six African countries – South Africa, Namibia, Botswana, Zambia, Central African Republic and Lesotho – are among the top 10 most unequal countries in the world. In these six countries, the richest 10% of the population own, on average, almost half their countries’ combined total income. The poorest 10% earn just one percent.

This extreme division of wealth is part of a world-wide trend that is – in every sense of the word – indefensible. Oxfam’s new inequality report published, today, before the World Economic Forum in Davos, An Economy for the 1 Percent, says that just 62 individuals now have the same wealth as the 3.6 billion people who make up the poorest half of the world’s population. As recently as 2010, 388 of the world’s richest people shared this dubious honour. So, the problem is getting worse, despite the fact that world leaders are talking openly now about needing to tackle inequality and, in September last year, actually agreed a global goal to reduce it.

The consequences of these new extremes are huge. Economic inequality can act as a brake on growth, slow poverty reduction efforts, and spark social unrest. Oxfam estimates that the much-heralded goal to eradicate extreme poverty by 2030 will be missed if we do not resolve inequality. The damage that inequality does to people’s lives can be seen across our continent; for school children whose education is cut short because they cannot afford school fees, for women who work long hours, but whose incomes do not cover their rent or the cost of the medicines for their children.

Of course we must be proud of those in Africa who are doing well. It is good news that people across this continent are establishing businesses, developing new technologies, and running multinational corporations. But inequality on this level is not simply the natural outcome of talent, hard work and healthy competition. Over the last 30 years unchecked deregulation, privatisation, financial secrecy and globalisation has enabled companies and well-connected individuals to use their power and influence to capture and retain an ever increasing share of the benefits of economic growth, while the benefits for the poorest have shrunk.

As the President of the World Bank, Jim Yong Kim, stated last year, wealth is simply not trickling down – it is being sucked up by a powerful and wealthy minority. And once there, an elaborate system of tax havens and an industry of wealth managers ensure that it stays there – far from the reach of ordinary citizens and their governments. Tackling extreme inequality across Africa is going to require action on many fronts. Governments, businesses and those creating wealth in Africa must build inclusive economies that provide decent jobs for young people; reward hard work with fair pay; invest in healthcare and education, promote the economic empowerment of women and address injustices in the ownership of assets such as land. African governments must fight corruption, which is diverting scarce resources from public budgets. Among the most urgent actions on the “to do” list must also be putting a stop to tax havens.

By allowing super wealthy corporations and individuals to avoid paying their fair share of tax, tax havens are denying our governments’ vital revenue that could, and should, be spent on schools, healthcare, roads and other essential service and infrastructure. Almost a third of the wealth of rich Africans – a total of $500 billion – was held offshore in tax havens in 2013, costing African countries an estimated $14 billion a year in lost tax revenues. This is enough money to pay for healthcare that could save the lives of four million African children, and employ enough teachers to get every African child into school. Losses from the corporate use of tax havens drain more vital revenue. UNCTAD estimate that developing countries lose around US$100bn in tax revenues each year as a result of corporate tax avoidance schemes that route investments through tax havens.

G20 governments agreed steps to curb tax dodging by multinational companies in 2015, yet these measures largely ignore the problems posed by tax havens, and do little to help African governments claim their fair share of taxes. Now, with tax havens becoming an ever more common way of doing business – 109 of the World Economic Forum’s 118 partners have a presence in at least one tax haven – it’s time to put a stop to this practice. That is why I will be pressing political leaders, CEOs and others in Davos to act. I will be asking wealthy individuals and business leaders to commit to bring their money back on shore, and I will be urging our politicians to work together to agree a new global approach to end tax havens.

It would be wrong to suggest that many of those gathering for the World Economic Forum do not care about inequality – they do. However, they have collectively failed to recognise that the solution to this crisis is not just about helping the poorest get a foot on the economic ladder – it must also be about tackling the corrupting influence of the extremely wealthy who are pulling up the ladder as the poor try to climb it. If the men and women in Davos take this simple truth on board we can begin to build a new global economy that works for the many and not just the 62. DM

Winnie Byanyima is the Executive Director of Oxfam International. She is passionate about justice & human dignity.

Photo: A general view of the low-income neighbourhood known as Boca la Caja next to the business district in Panama City September 17, 2013. REUTERS/Carlos Jasso