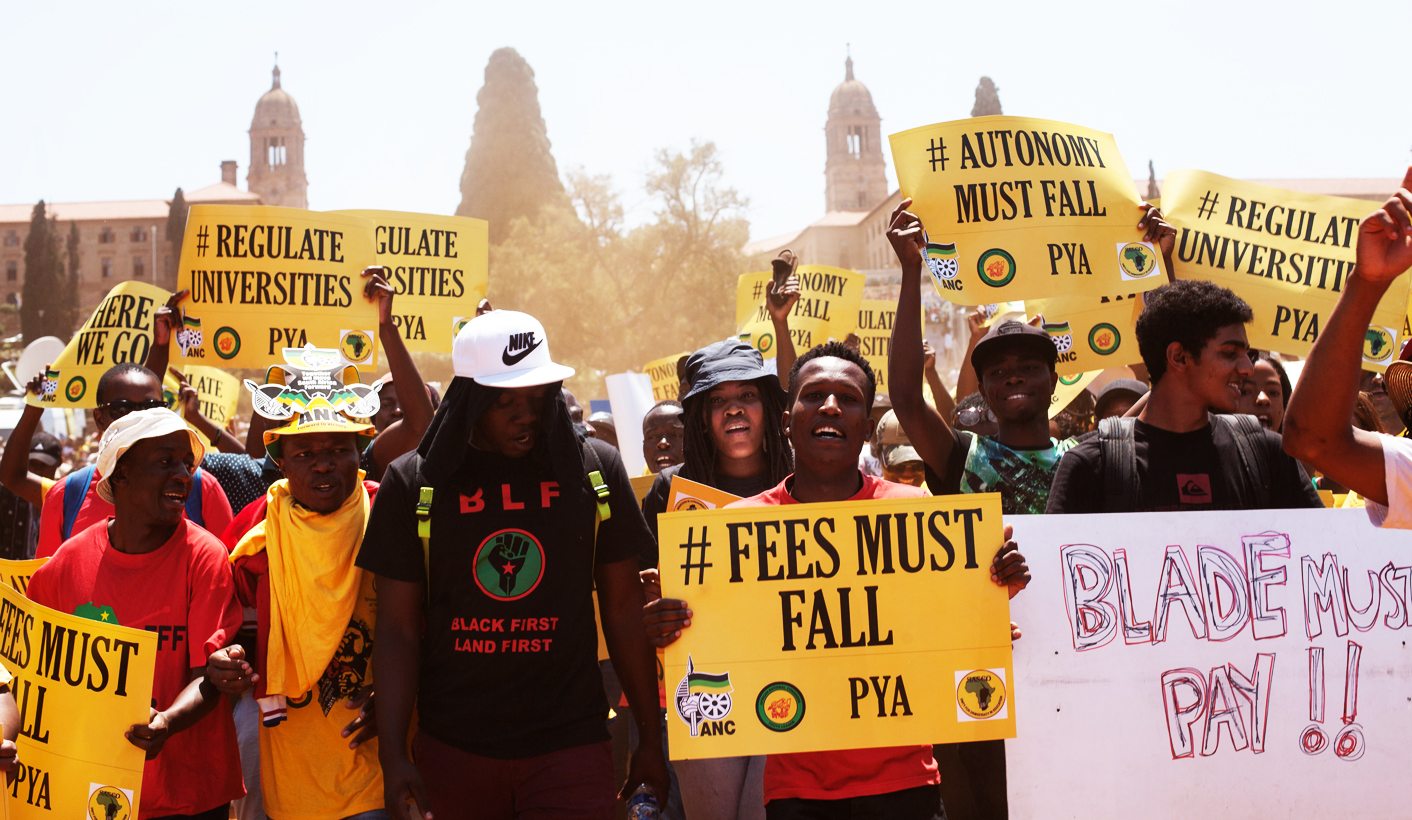 Universities and government are continuing their efforts to avoid student protests in 2016. With SRCs, like Wits, taking initiative to solve problems of student exclusion, engagement from the higher education and training minister, and a commission of inquiry on the way, they're trying to stop the demonstrations before they really begin. What really happens will be up to the students. By GREG NICOLSON.

Gauteng universities on Monday issued a statement that supported the call for increased access to higher education, but also railed against violent protests and condemned anyone trying to interrupt the beginning of the academic year.

“Any attempt to disturb the smooth running of the universities as they gear up for the new academic year should be rejected by anyone interested in the broadest possible access to higher learning as a route to transformation and intergenerational empowerment in our country,” said the vice chancellors and rectors of Gauteng public universities.

The University of Witwatersrand, University of Pretoria, University of South Africa, and University of Johannesburg have all seen protests this year, and on Monday it was reported that the Vaal University of Technology was added to that list. While students and staff confront issues of academic exclusion, universities and government are trying to prevent the escalation of protests to levels seen in 2015, when most tertiary institutions across the country were closed and protesters marched on Parliament, the Union Buildings, and the ANC’s Luthuli House.

“We are uncompromising in our determination to defend the right of all students to a quality education, regardless of their economic or social standing. This is necessary if we are to realise a democratic, non-racial, non-sexist and economically and socially inclusive society,” said the universities on Monday. They expressed their support for the commission of inquiry launched by President Jacob Zuma last week looking at the feasibility of free tertiary education and said they are “doing everything in our power” to support the so-called “missing middle”, students who don’t qualify for National Student Financial Aid Scheme (NSFAS) funding, but who still cannot afford their fees.

In the meantime, the universities have beefed up security to try to keep campuses open.

“The current funding model is based on fees. There are many other ways of funding higher education and it is possible that the presidential commission may recommend a new model in the long-term,” said the universities. Students in Johannesburg have this year demanded a scrap in historical debt, with a long-term view of achieving free education, while staff and students in Tshwane have largely been protesting against outsourcing.

The universities of Witwatersrand, Pretoria, Johannesburg and the UNISA, have all obtained court interdicts against protests and it is clear they hope to stop demonstrations before they pick up momentum and interrupt the academic year. While some face-to-face registrations have been interrupted, most of the universities continue to encourage students to register online.

“We urgently appeal to all students and other role-players to respect the rights of others to access our universities, to act responsibly through constructive engagement, and to desist from any form of violent or disruptive protest action, which places our community and facilities at risk, and jeopardises the entire higher education system in its task of empowering the next generation and the country,” said the Gauteng universities.

Workers at Tshwane universities in a group called Outsourcing Must Fall have vowed to continue protesting until their demands for direct employment and a R10,000 minimum monthly wage is met. In Johannesburg, students under the #FeesMustFall groups say they will continue demonstrations until the government commits to higher education.

In a meeting with Higher Education and Training Minister, Blade Nzimande, last week, many student representative councils (SRCs) from across the country agreed to a committee to address student demands on financial exclusion and free education. On the same day, the President announced an inquiry to assess the feasibility of fee-free education. The state has emphasised its increased commitment to funding tertiary education since last year’s protests. Some students, like those from Wits, walked out of the meeting.

On Monday, however, the Wits SRC detailed its plans with the university to raise money to help cover students with outstanding debt so that they can register in 2016. The SRC said amounts of debt under R1,000 will be rolled over into this year so students can register. The SRC and university will try to raise money to cover students will debt between R1,000 and R5,000, and the university will engage the provincial government to assist students with debt between R5,000 and R20,000. The SRC, which also raised money last year for financially excluded students, wants to raise R10 million by the end of February to assist 6,300 students in debt to the university.

“Our chief demand remains that of free and quality education. We cannot allow thousands of students to be barred from entering the higher education space in 2016. Thus as an additional and interim measure we the SRCC will commit to raising R10 million through various forms of fundraising with several stakeholders to assist students with debt clearance. We will exhaust all avenues in order to open the doors of higher learning to the poor,” said the Wits SRC’s statement on Monday.

Their approach, and those of the SRCs who have agreed to Nzimande’s plans, and want to cooperate with the commission of inquiry, will avoid more protests at varsities. But during last year’s protest at many universities students, continued to protest despite what SRCs said. So far this year the state and universities have done much to avoid continued demonstrations. It will, in the end, be up to the students themselves whether they want to shut down universities or not. DM