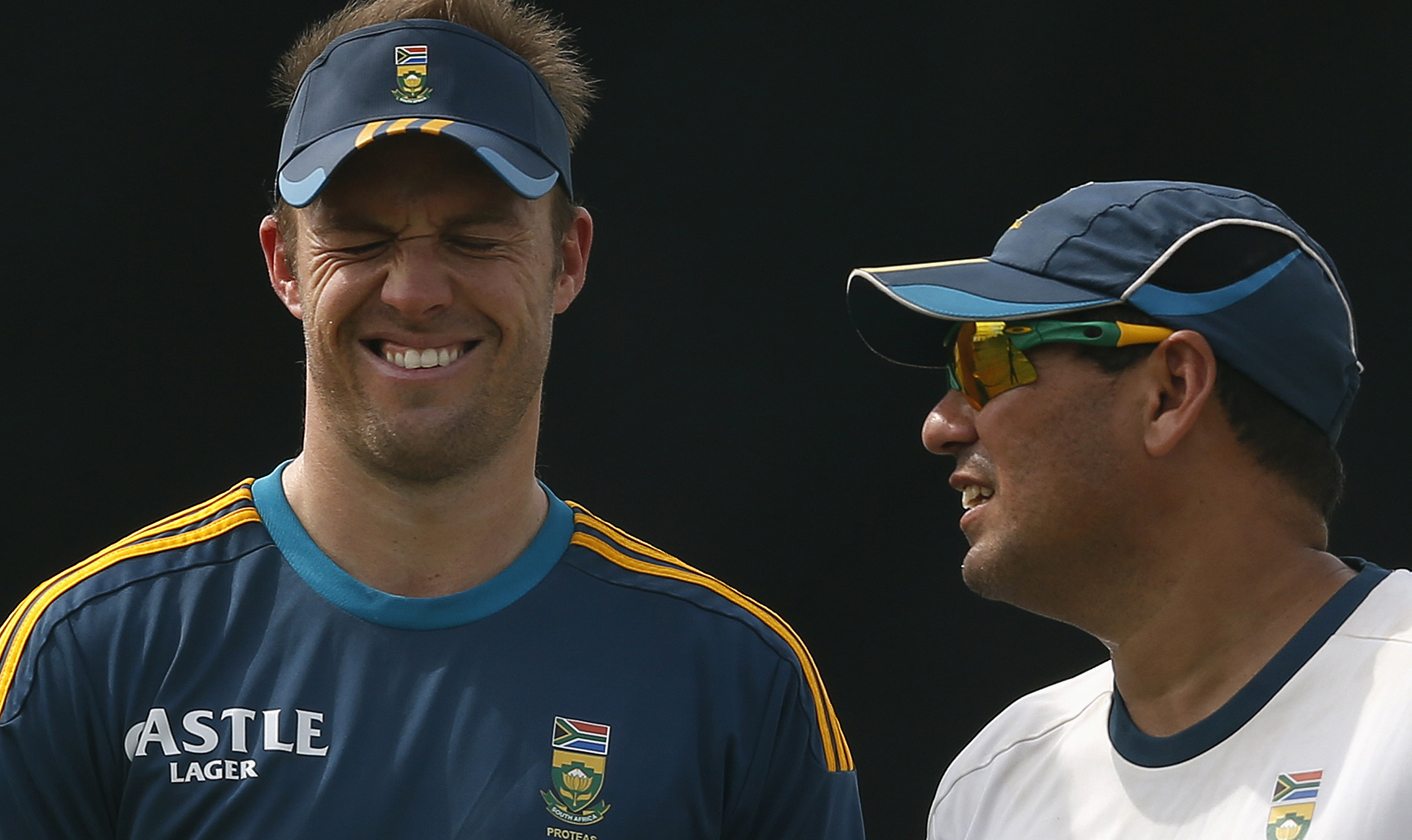 South Africa’s era of dominance in Test cricket has come to an end, but the ashes will continue to burn well beyond the end of this series. The Proteas are in desperate need of some direction, especially from their management staff. By ANTOINETTE MULLER.

In the aftermath of the bloodbath at the Bullring, South Africa will desperately be seeking answers for what has gone so terribly wrong with their cricket in the last 12 months. Barring their effort on a flat deck at Newlands, an entire group of core players seem to have lost form, or picked up injuries.

While the players should shoulder some of the blame for the disaster that has seen a once feared team fall from grace, Russell Domingo and his coaching staff have a lot to answer for. The current set-up, made up out of one head coach and three assistants all dedicated to different roles, seem to have brought little structure to a team in transition in the last year.

The easy solution would be to fire the whole lot and start afresh, but that will hardly be a simple or adequate solution. Domingo signed a two-year contract extension last year and considering the current financial state of Cricket South Africa, it is unlikely that they are able to buy his contract out. And even if they did, the question is who they could turn to?

Domingo has been in the set-up since the Gary Kirsten era and he knows the ins and outs of this job. He has had some success too, most notably helping South Africa shake off their “chokers” tag at ICC World events last year.

Other local options are limited and it is unlikely that CSA can match the riches of the Indian Premier League, or even the Big Bash League to lure foreign coaches to these shores. Thus, South Africa will have to settle for the second best option; rejig the support staff or add to it.

Currently, the set-up consists of Domingo as head coach, Adrian Birrell as assistant, Charl Langeveldt as bowling coach and Claude Henderson as spin coach. The motley crew are a curious combination as South Africa does not even have a regular frontline spinner. Henderson was, of course, only meant to be on a 100-day consultancy gig, but has not always been required. Whether South Africa even needs a paid consultant when people like the Vincent Barnes, the former bowling coach, is lurking around at the High Performance Centre is another question. But the most glaring absence is that of a batting coach. That absence seems almost unfathomable considering that that is exactly where the problem has been in the last 12 months, as batting collapse after batting collapse will tell you.

Even more unfathomable was when Lance Klusener was ushered in as a batting consultant to work with the tail-end ahead of the Durban Test, when the issues have clearly been with the top order. Former captain Graeme Smith was approached, but could not finalise terms, to work with the rest of the struggling batsmen, and now their chickens have come home to roost. Yes, Stuart Broad was spellbinding, but were it not for South Africa’s woeful batting in that first innings, his devastation would not have been so stark.

Smith has, on more than one occasion, raised questions over the backroom staff of the Proteas, and following the seven-wicket drubbing at the Bullring, he had a few more.

“The players have to take responsibility for their performances, there’s no doubt about that, but the management do too,” Smith told SuperSport.

“They haven’t quite come into the equation of late. At the end the day the performances of the Test team for the last year have not been good enough, so you have to ask questions of everybody.

What has been most apparent of the Proteas since Smith departed is that they are severely lacking in leadership. While they have many players who are senior, very few have taken a leading role and the inspiration required to take them through this transitional patch has been absent. A hallmark of Smith’s career – even if he wasn’t everyone’s cup of tea – is that he was the kind of hard bastard that could get a team to perform at their best and get them riled up when their backs were against the wall.

“Some of the decision-making around the space looks a bit worrisome for me. The team seems a bit flat. Some of the messages coming out in the press conferences don’t seem positive and it’s coming from senior players,” Smith said.

“You’re are in a big series and there is a lot of negativity among your senior players. It looks like someone needs to grab the bull by the horns and say, ‘listen guys, let’s wake up and let’s pull our finger out and let’s go and play some Test cricket’.”

That lack of direction has manifested itself in a number of different ways, most notably in their results. With South African currently undergoing a transitional period, it could be hazardous.

From the ashes of this series, young talents will emerge who will usher in a new era of South African cricket. Dane Piedt, Temba Bavuma and Kagiso Rabada are three of the youngsters who look set for long and prosperous careers. But, as we have learned from previous occasions, young talent needs to be nurtured and lead through tough times or else they could fizzle out. It would be a great shame to see these bright young stars crash and burn before they even had the chance to illuminate world cricket.

You only have to look at how young Stiaan van Zyl has been treated to understand that there is a seemingly underlying stubbornness that is currently prevalent in the dressing room. That Van Zyl is a talented player there is no doubt, but who knows what kind of damage forcing him into the opening role has done to his future prospects. The selectors should have known and done better and opted for picking an actual opener to fill the role. Even if Stephen Cook is ushered in as an SOS for the Centurion Test, it might be too little too late.

South Africa do not play another Test again for six months and when the sun sets on Centurion, and what has been a dominant era of South African Test cricket, their focus will shift to the shorter format of the game. The World T20 in India looms large and considering South Africa’s record in limited over ICC events, the worst might be yet to come. DM